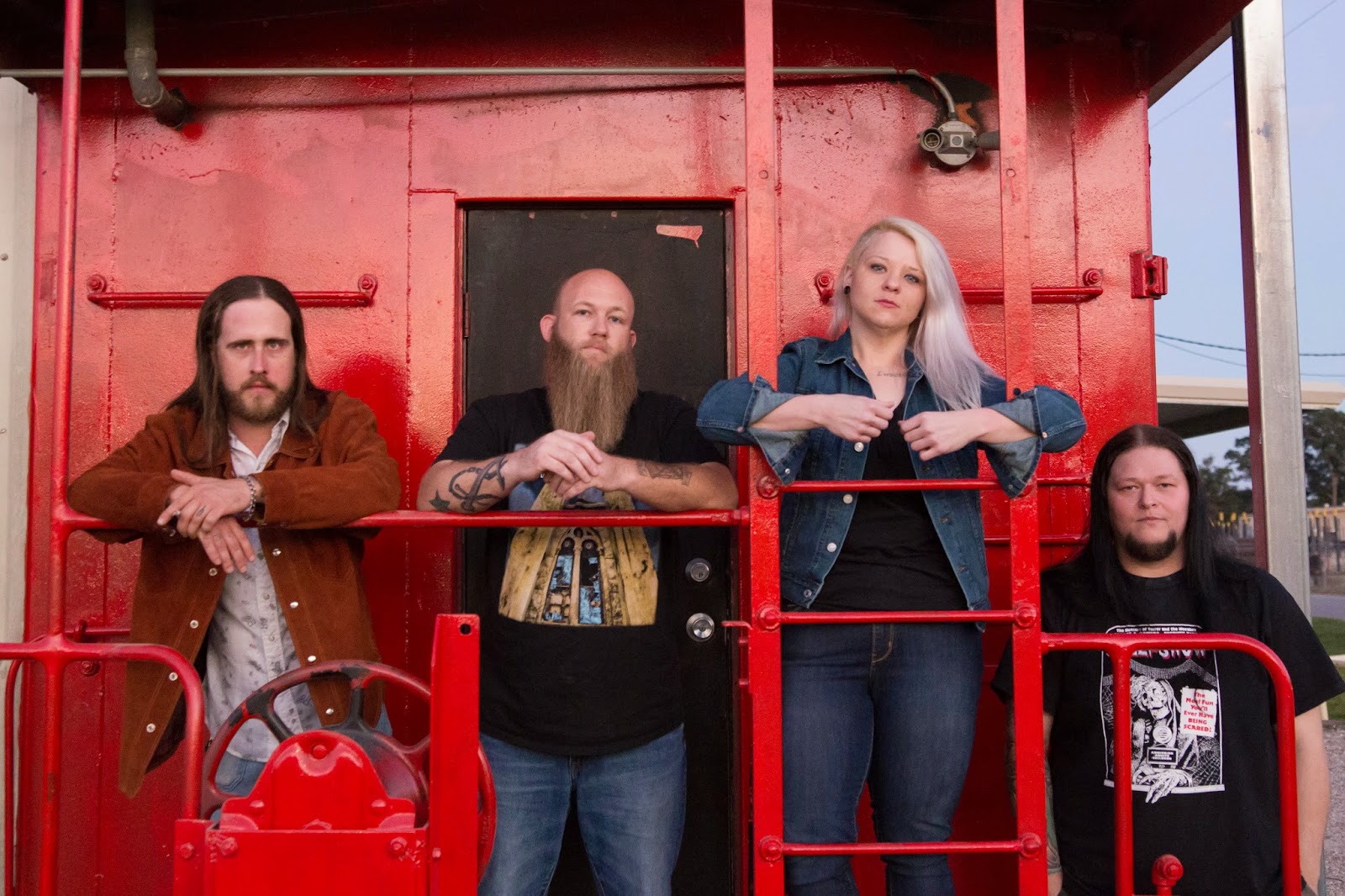 Lafayette, Louisiana's bluesy southern rock outfit WHITE LIGHT CEMETERY is the latest band to sign with bay-area heavy-riff label Ripple Music. Though an exact release date has yet to be set for the new album, look for an announcement in the coming months.

In 2011 White Light Cemetery released their first EP, Crow Sessions, cementing their sound as a bluesy amalgamation of influences like Lynrd Sknyrd, Pantera, Black Sabbath, Led Zeppelin, Crowbar and Deep Purple. The band has gained a sizable following in Louisiana and the attention of many southern rock/metal fans throughout south, opening for a wide range on national acts, most notably Down, Goatwhore and Crowbar. After the "Band of Brothers on the Bayou Tour" opening for the Kyle Turley Band in the summer of 2013, White Light Cemetery entered the studio and released a full length album followed by a stint with Crowbar as main support for the "Crushing the South" tour.

Past praise for White Light Cemetery:

“White Light Cemetery is a low chugging band of Southern brother-dudes, cranking out dirty metal and corrosion steel...If you like pulverizing riffage, thunder sounds and diamond bags filled with white lightning seeds, you will dig them too.”  -Dege Legg, The Pipeline on The IND

“I have a soft spot for this type of sound, heavy rock in the spirit of Down and Black Label Society, mixing Sabbath riffing with Southern warmth a la Lynyrd Skynyrd. But still, it's a type of music that can be easily done in the wrong way, if it lacks heart and skill, and drop into a simple copy of stuff that's already been played. Doesnt happen here. Where other bands in the same mold seem to have failed recently, White Light Cemetery gives five tracks of great riffs, heavy beauty and warm melodies, balancing the southern touches with that slight smokey, electric despair that Down seem to have matched so well." -Andrea Contanzo, Doommantia

To set up an interview with White Light Cemetery, drop an email to southernxpr@gmail.com.

Posted by The Ripple Effect at 6:17 PM