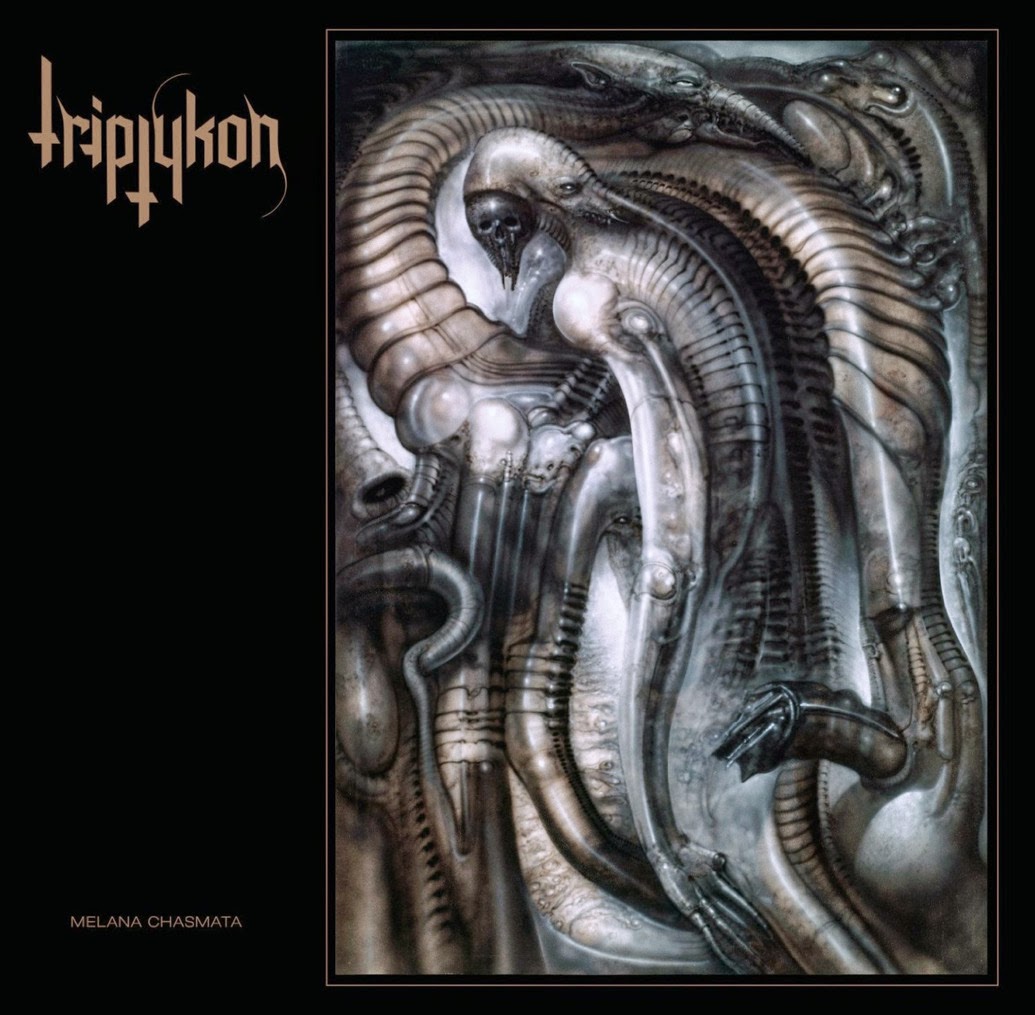 There’s a darkness all around us, we just don’t always see it. By darkness, I refer to evil…dark and dastardly emotions and intents. Some of us can sense that darkness before we actually see it, we feel the hairs on the backs of our necks stand up, we feel something ominous, but can’t quite grasp it. We either recoil in fear, or we reach out towards it and embrace it for all it’s worth. Fear is often said to simply be the lack of understanding, and that once we understand that which we fear, that emotion will eventually fade away. Could be why I gravitate towards the dark arts…the sounds of desperation…the images of the grotesque and diabolical. Facing my fears by trying to understand what I fear the most. Tom G. Warrior states in the liner notes for the song “Boleskine House”, “Repulsion may rival fascination; perhaps they may even become one in the same.”

I never try to get too deep into the artists intent, at least, when it comes to me reviewing it. I can only make assumptions based on my interpretations of said art. What I get from this Triptykon disc is that fascination with the darkness within the human race, the fallibility of the human condition and, ultimately, a long hard stare at the darkness within. As to be expected from one of the godfathers of the black and death metal movements, Tom G. Warrior and company have crafted an album that is all sorts of bubbling blackness. The music is heavy, the tones are dark, the lyrics brooding and spit out with a tortured tongue.

If y’all are familiar with the last Celtic Frost album, Monotheist, you’ll understand better where Triptykon is coming from. If you’re not familiar, try to imagine those fantastic medieval paintings of pilgrims being disemboweled and heretics having their flesh torn from their bodies all set to music. Or, better yet, take the quasi-sci-fi soul shivering artistic touch of H.R. Giger and apply it to those same medieval paintings. It’s a frightening thought. It’s a frightening sound.

But not all of Melana Chasmata is bathed in absolute blackness. Warrior and crew bring in these wondrous moments of shadow to break up the blackness. They never actually turn on the lights, but more akin to lighting a single candle in the far away reaches of a catacomb, letting the distant light dance across the walls to momentarily let us see that we’re actually trapped in a chamber of desolation and despair. The aforementioned “Boleskine House” accomplishes this with its sparse intro, grinding bass lines and clean toned arpeggios…all drenched in brooding darkness. Then the accompanying vocal harmonies of Simone Vollenweider provides the moment of illumination that, at first, gives us hope…until we recognize our surroundings and realize that the impenetrable darkness wasn’t the worst thing about our surroundings.

While most of the songs on this album are slow, plodding grinders, Triptykon open things up considerably with “Breathing”. High speed and intensely immediate, this song breaks up the pace of the disc. However, that prevailing darkened theme never wavers. Check out the break in the middle of this bitch! It harkens back to the early days of Celtic Frost with a full body freak out ensuing as the band drop into a classic thrash riff. The band masters the art of tempo change throughout this track…wait until you get to the end and they drop the tempo down once again. Tom G. Warrior has always had a distinctive voice, and all the drama that we’ve come to know and love with the man is on display on this track, all the way down to his trademarks “Oooh’s” and “Ugh’s”.

“Aurorae” is amazing as the band takes its time layering texture after texture over a droning distorted guitar line. Beautiful clean arpeggios mix with the low end bass rumble, borrowing a page from the darkened atmospheric work of Neurosis, yet branding it with the Triptykon stamp. Just sit back and revel in the masterful job these guys have done in building this song to its climax…the tension that continually builds until we get that sweet relief as the guitars feedback to close.

The whole album has a gothic, industrial undertone to the menacing evil oppressive tones that carry the album. I’ve never had the chance to study the first Triptykon album, but if it’s anything like Melana Chasmata, then it’s gotta be a gem. It’s hard to explain in words what makes this album so compelling. It’s a situation where if I had y’all here while I was spinning the disc, I would just point at the record for an hour, mutely miming some gesture to get y’all to pay attention to the awesomeness that is. If you like Celtic Frost and Neurosis, have a fascination with why we cringe at the morbidity of death, yet still stand and stare as the wild dogs of society tear apart the meat of the innocent…then Melana Chasmata is the record for you. I love it, I’m fascinated by it, and mostly, I’m inspired by it. Thanks, Tom…I appreciate the journey out of my comfort zone and looking at the blackened recesses of my soul. I feel better now.