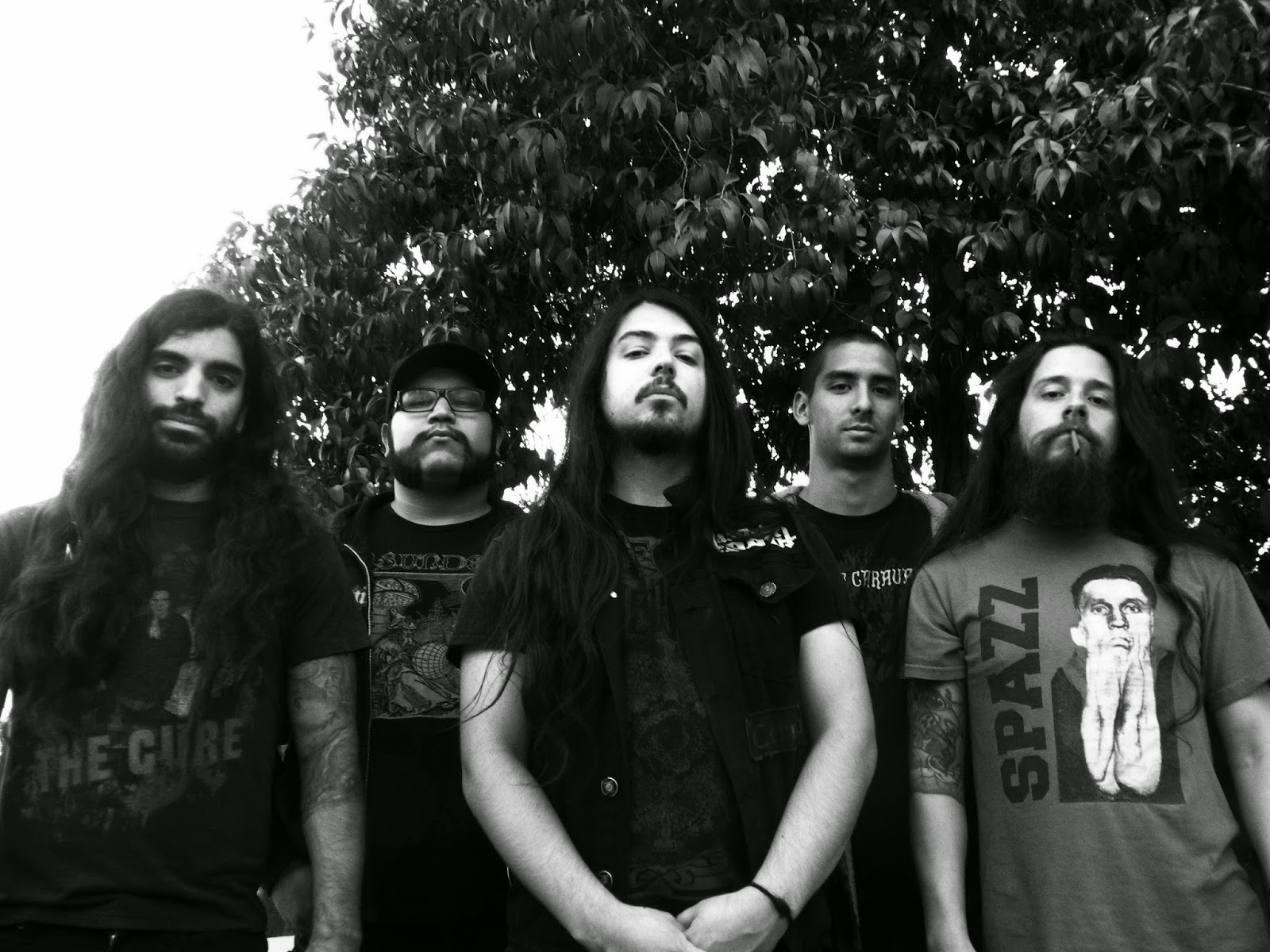 After devastating the masses at Day Of The Shred Fest earlier this month in Los Angeles alongside Red Fang, Weedeater, Bongripper, Windhand, Graves At Sea and tons of other heavy-hitters of metal, Trapped Within Burning Machinery, Moreno Valley, California's five-piece crushing doom/sludge outfit, attacks once more with a video for their track "Tire Fire," which was released exclusively on Midnite Collective's Midnite Congregation: Verse II compilation.

The Sleeping Shaman, who hosted the premiere last Friday, says, "the video depicts archive film footage from the industrial bygone era where blood, sweat and tears were excreted from every pore as all part of a day’s work, and what better way is there to help set the scene for the grime and filth that Trapped Within Burning Machinery spew forth with their unrelenting sludge?"

TWBM was originally a one-man project started by Zak Esparza (lead guitar/vocalist) in 2007. After recording some demos, Zak recruited close friend Geoff Jones to play drums and Juan Rodriguez to fill in on bass. The trio wrote and recorded the band’s first demo, Evolutionary Transmitted Disease, and self-released it in the summer of 2009. In January 2011, the band entered the studio to record their first full-length album, The Putrid Stench of Decaying Self, this time with new bassist Ernie Ballerz and second guitarist Robert Trujillo. The band released the full-length through Black Voodoo Records on October 5th, 2012. In early 2014, the band released a limited split tape with LA's Pigeonwing. The band has recently added a third guitarist, James Inglett, to expand their sound. The band recently finished recording their second full-length with renowned producer/engineer John Haddad (Intronaut, Exhumed, Phobia), which will be released via Midnite Collective in the near future.

For all press inquiries regarding Trapped Within Burning Machinery and all bands on the Midnite Collective roster, please contact Cat Jones at southernxpr@gmail.com.