Grifter - The Return Of The Bearded Brethren 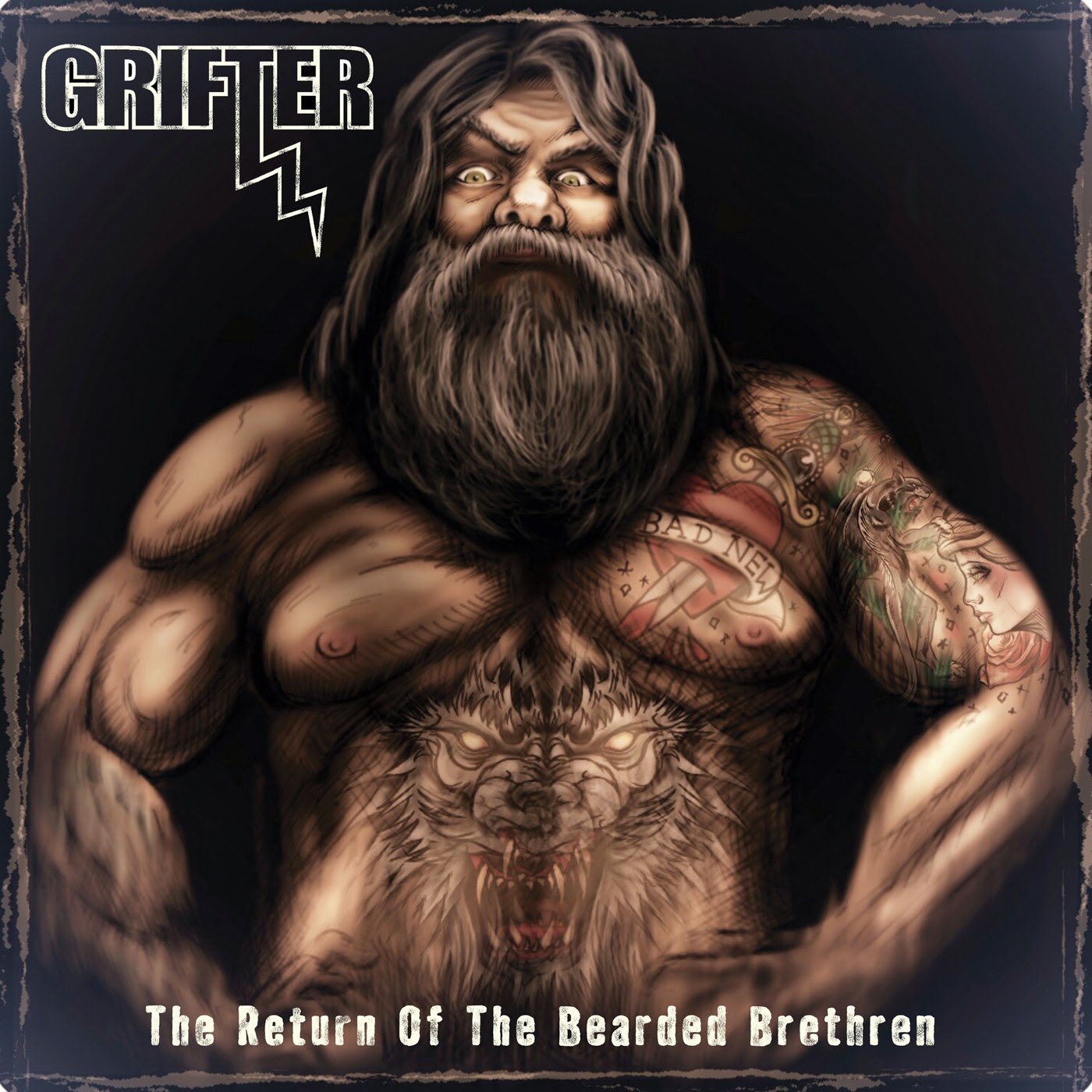 One of England's finest,  Grifter, are back with their second album, 'The Return Of The Bearded Brethren', again courtesy of Ripple Music. As on their first wax, the self-titled debut, they deliver in-your-face, knuckle-dragging rock'n'roll spiced up with a dollop of Southern Rock mixed with an air of Black Sabbath's devil-may-care attitude.  The only real change is the music is even better than before! You don't believe me? Well, read on and find out how this South-East English bulldozer of a band has gone from strength to strength.

Formed back in 2003, Grifter have had a long time to create and hone their sound to perfection through one demo, 2 EPs, a split single and of course the debut album, Grifter, as well as touring up and down the British Isle countless times. This dedication has certainly paid off immensely, since their sophomore release is nothing but amazing. Personally, having been brought up on 70's heavy rock a la Thin Lizzy, Deep Purple, Rainbow, Black Sabbath et al, to hear these guys' excellent modern take on the music of my youth is so rewarding. Needless to say, that big shit eating grin will not leave my face while 'The Return Of The Bearded Brethren' is playing.

In true and proper rock fashion the band goes right for the balls in opener 'Black Gold'. Apart from blasting my head to pieces the way I want it, the song deals with my second favourite beverage, coffee, so I'm in right from the start. Beer and single malt whiskey share the top spot....but I'm straying from the subject, damn it. Alcohol and coffee can do that to you. 'She Mountain' picks up the thread and is very heavy in the riff section showing no mercy at all. Phil's bass guitar is deep and thundering, sounds kind of like Lemmy actually while Foz is banging away like Bonzo, allowing Ollie to rip it up on the axe. Lowdown and dirty slide-infused blues sets the tone for 'Paranoiac Blues'. Kind of slowish at first, the song erupts into a blistering rocker halfway through only to revert to the blues after a fantastic slide guitar solo. Good stuff indeed! Oh yeah people...oh yeah, 'Princess Leia' is the shit alright! To be honest, I believe this song epitomizes the Grifter sound 100%. There's no other way for me to describe it. Pedal to the metal, up front and earth shattering just the way I have always perceived the band. Bringing down the tempo a notch 'Bow Down To The Monkey' rumbles along to the crushing bass guitar allowing the guitar and the drums to go bonkers in the choruses. The mix of blues and heavy rock is second to none. 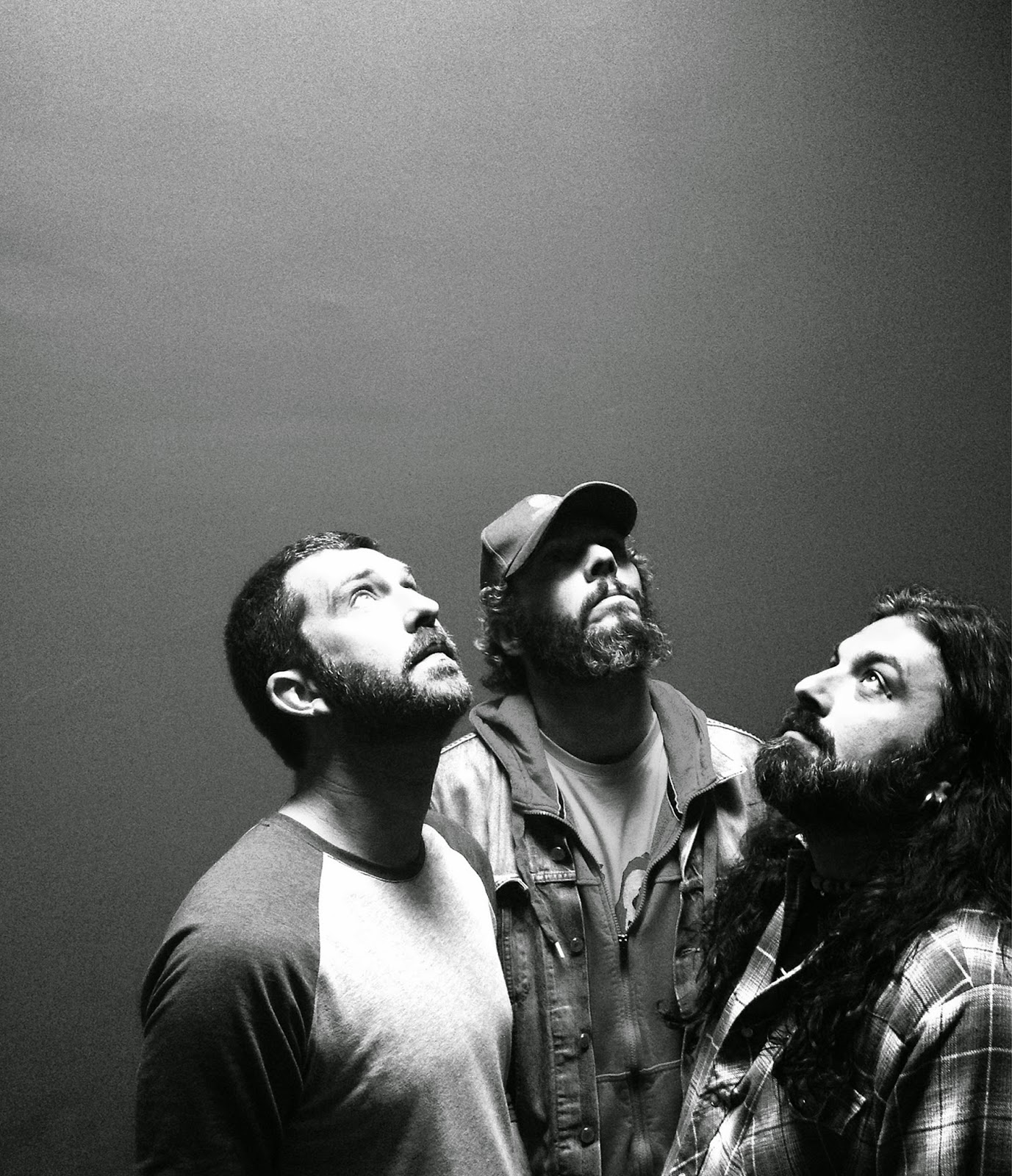 Aaaaah listen to the guitar in the beginning of 'Braggards Boast', it's ripping through my skull like a damn chainsaw and the carnage increases a thousandfold once the rest of the band joins in. Fast and heavy just like it should be. 'It's Not Me, It's You' is a bluesy southern rocker if there ever was one. Mid-paced in tempo, there's a lot of ZZ Top in this song and who can complain? Like all the other compositions on 'The Return Of The Bearded Brethren', this one simply cements Grifter's rise to the top...excellent is not enough praise. Groovy, full of soul and upbeat musically like a drunk on his high, 'Fire Water' lyrically is about, yes you got it...all the pros and cons of drinking. So the guys actually sing about two of my favourite beverages and kudos to them for that.  The title track follows and it picks up the pace a bit. It reminds me slightly of the NWOBHM movement, mainly in the song structure but also in the guitar sound. And again, Phil's bass guitar sounds like Lemmy's and I love that. Ending with a rousing rendition of Black Sabbath's 'Fairies Wear Boots' turns out to be a really good thing. Doing a cover can be catastrophic but no need to worry because Grifter breathes new life into this one.  Also I think it was a wise move to put it last, allowing the band's own songs to shine in their own right.

I've been eagerly awaiting the release of this album and any worry I had about 'the second-album-syndrome' was totally unfounded. You know you are listening to a great band when each new release surpasses the previous as is the case with Grifter. The sound they had on 'Grifter' is still present, the only difference being it is even better now. The production sounds more organic, it's fuller and richer giving Grifter's shoot-to-kill nature free reign. Anyone ignoring this album is way beyond daft because this is a top release!