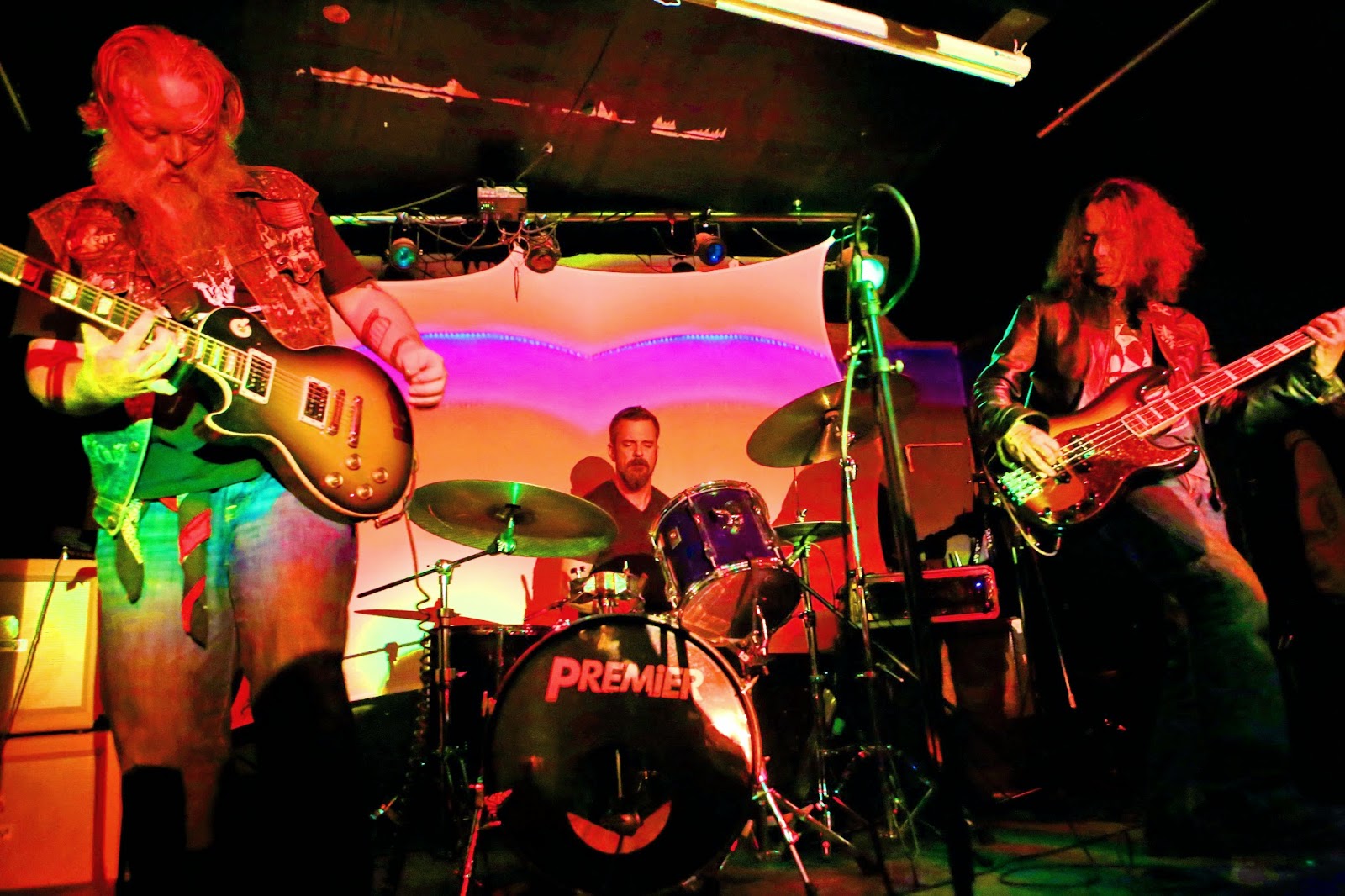 More on the tale of Geezer...

In a dark corner of an old dusty metal shop, alongside the menacing blasts of industrial age freight trains, that’s where the sound was forged. Where the rusted steel of a bygone era meets the ancient spirits of legendary mountains, that’s where the reckoning came to be. As a whole greater than it’s parts (and a whole lotta noise along the way), a beacon arose from the valley below and brought forth a new sense of old ways and a recalibration of doctrine.

In other words: Geezer lays down thick heavy grooves rooted in the tradition of pre-war slide guitar blues, while simultaneously breaking boundaries through sonic experimentation and improvisation. Known for their mind-bending live performances, Geezer has shared the stage with some of the heaviest hitters around, including Wo Fat, The Midnight Ghost Train, Lo-Pan, Gozu and Borracho, as well as Volume IV, Order Of The Owl, Kings Destroy and others at The Eye Of The Stoned Goat Festival in Worchester, MA.

Listen to Gage EP in its entirety here:
https://geezertown.bandcamp.com/album/gage

“The bass is a leviathan of low end rumble, the blues guitar forging molten riffs of iron and steel, and the drum work massive and purposeful.”
- Heavy Planet

“It's a powerful and soothing expression of nearly a hundred years of music placed upon an altar that a thousand giants built and cherished, and this one may stand the test of time in ways that will continue to define the genre for a long time to come. Yes, it's that damn good.”
- The Ripple Effect

“The whole thing sounds like a peyote trip in the desert. Languid guitar passages swirl visibly like heat rising from a long stretch of highway asphalt. You can taste the sand in your teeth, smell the chopper fumes, feel the urge to finally find solace in a dusty saloon. This shit works.”
- Vinyl Junkies