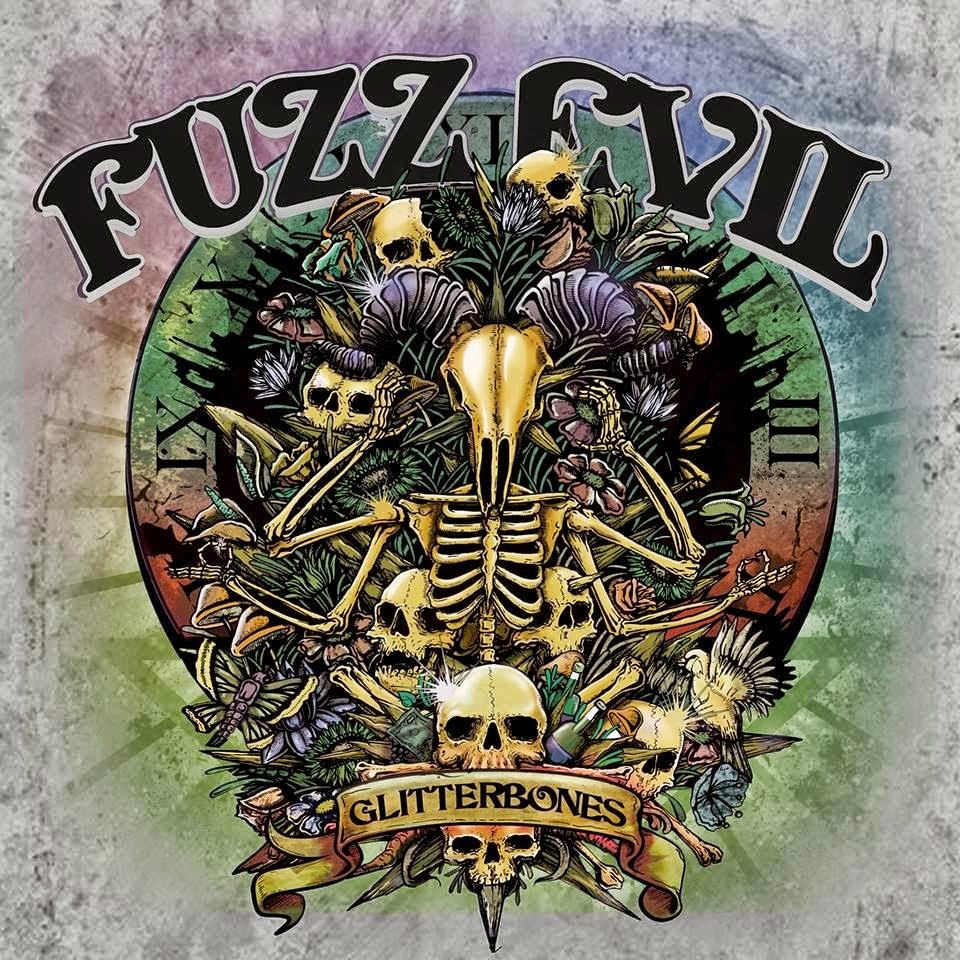 Normally I don't get too excited about singles; however the latest offering via gorgeous 7-inch split between Fuzz Evil  and Chiefs is a fuzz rocker’s dream come true. Fuzz Evil is a byproduct of the band Powered Wig Machine, led by Wayne Rudell and Brother Joey on guitar and bass respectively, and Marlin Tuttle on drums. Not unlike Powered Wig Machine, which is a fantastic full length album, Fuzz Evil ’s “Glitterbones” validates their band name with a fuzzolicious anthem on a spiritual journey involving a dollar bill, some whiskey, and “these glitterbones”. It’s a little fairy tale-ish along the lines of an Alice in Wonderland vibe but with a wicked, fuzz laced soundtrack and vocals straight out of the stoner rock handbook. Only mildly evil in nature, Fuzz Evil displays an impressive rock and roll output containing all the elements of stoner, blues, desert and classic rock. Cliché I know, it just satisfies and promises positive potential for future recordings down the road.

The second side comes from a band called Chiefs, who I was unfamiliar with before hearing this single. Whoever paired these two songs up couldn’t have done a better job. Chiefs crank the bass low and slow, while the distorted guitars throb infectiously beside the crooning vocal cries.  “Stone Bull” takes this single to the next level of greatness. A chilling chorus of twisted riffage around the 1:56 mark arouses the fuzz on your neck and awakens a heavy sense of groove. The song makes you feel like your floating in slow motion as chugging riff after riff drool fuzzy bubbles of electric noise.

The single flows seamlessly between the both sides. I should be getting my copy any minute in the mail, which I ordered off their bandcamp page, that’s right, I said any minute. I mentally check the mail every 15 minutes just to get my hopes up. The pictures of the mini disc vinyl look outstanding and the artwork appears to be intense. No buyer’s remorse with this blind purchase. 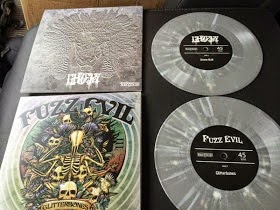 For what it’s worth, if I was held at gunpoint and had to pick a favorite, I’d go with Stone Bull. If my attacker was holding a knife, I’d go with Glitterbones. Check both of them out at the links below, spread the word, and buy the record. Those aren’t orders, you can complete them in any order you want.