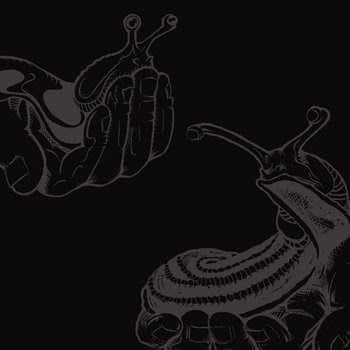 Two years have gone by. Fen has been lying low and I've been chipping away at a solo album. The project is called Slug Comparison (an unpopular play on my first and last name), and the album is self-titled. Today I release it to the world:

It's an exclusive digital release, available on Bandcamp: https://slugcomparison.bandcamp.com/album/slug-comparison
as well as iTunes, CDBaby and a few more places.

The special thing about buying the album is that for the rest of 2014 I will donate half of all proceeds to War Child, an organization that, "by providing access to education, opportunity and justice...gives children in war-affected communities the chance to reclaim their childhood." I've become a little more socially conscious lately, and donating to War Child is my way of trying to take action. Here's the website to find out where your money will be going: www.warchild.org

As for the music, it's in the same vein as Fen, at times sounding like an extension of Trails Out Of Gloom. Randall Stoll (from Congenital Fixation) recorded drums, Mike Young (from The Devin Townsend Band) recorded bass, Mike Southworth produced it, and Tatyana Dobrowolski from Tatter's and Ravens provided guest vocals on "Long Live the Night," an 8.5 minute anti-war epic. I recorded the vocals and guitars, plus bass on a few tracks. FACTOR made a considerable contribution to the recording costs, for which I'm extremely grateful.