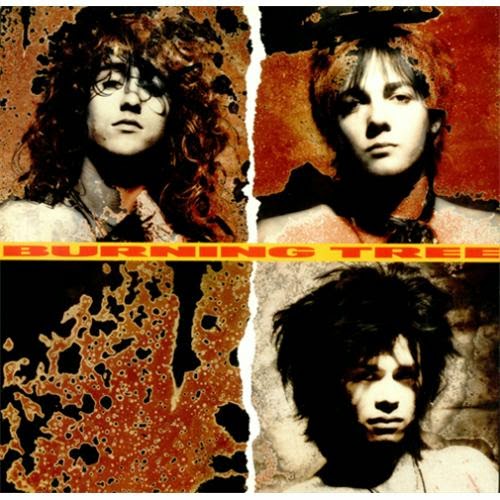 Sometimes you have to be brave and put yourself on the line, especially when it pertains something you strongly burn for. In this case I will throw myself to the lions and bring forth a true gem, a masterpiece if you will. 'Burning Tree' was released in 1990 by one of the most criminally underrated bands in the history of rock...Burning Tree! Formed in Los Angeles in 1987 by guitarist/singer Marc Ford and drummer/singer Doni Grey, they were soon joined by Mark 'Muddy' Dutton on bass guitar and vocals. After causing quite a stir on the local scene, Burning Tree were picked up by Epic Records and their self-titled debut followed shortly afterwards.

Blending the power trio formula with blues, rock, beautiful vocal harmonies and groove, this three-piece simply could do no wrong...or so it seemed. From the first bars of opener 'Burning Tree' to closer 'Turtle' the band creates true magic. Prior to it's release I read nothing but great reviews about the record and subsequently picked up a copy the day it hit the shops. For once I agreed 100% with all the accolades these guys received. To this day, I can't count the number of times that I have played 'Burning Tree' with the same effect it brought me the first time I played it. Very few albums can claim such a feat.

Now, as well as back then, there is a group of songs I play more than the others. It's probably not fair to make such a statement since this is a through-and-through great release. Still, you always find favourites even amongst a collection of amazing songs. 'Masquerade' is a piledriver of heavy blues where Doni's eloquent and powerful drumming sets the pace with Muddy's deep rumbling bass guitar backing him up. Marc picks up on this with some amazing guitar playing, where riffs and rhythms trade places with brilliant ease until an off the wall solo erupts in the middle. If the previous composition was a ballbuster 'Last Laugh' ups the ante about a hundred notches. It's similar to 'Masquerade' in approach but opts to go down a more traditional rock'n'roll avenue. Faster paced, more amped up, this is as fully blown of a rock song as you will ever get. The band throws down the gauntlet and simply tear it up with no abandon. Hell bent and they know it, so why not go out with a bang! Kind of surprisingly two ballads have snuck into this exclusive group which is rare for being me. I'm not the biggest fan of ballads mainly because mainstream music has ruined that format with clichéd, sappy crap. However, when someone writes and records songs like 'Crush' and 'Baker's Song', we're in a whole different ball game. Both are very heartfelt love songs with lots of great harmonizing and melody, great musicianship as well as a whole lot of oomph. Towards the end in both, Burning Tree let their hair hang down and rock it out. Nothing brutal or anything but enough to get some booty shaking going while still keeping the emotional aspect vibrant. And as usual Marc plays some amazing solos. 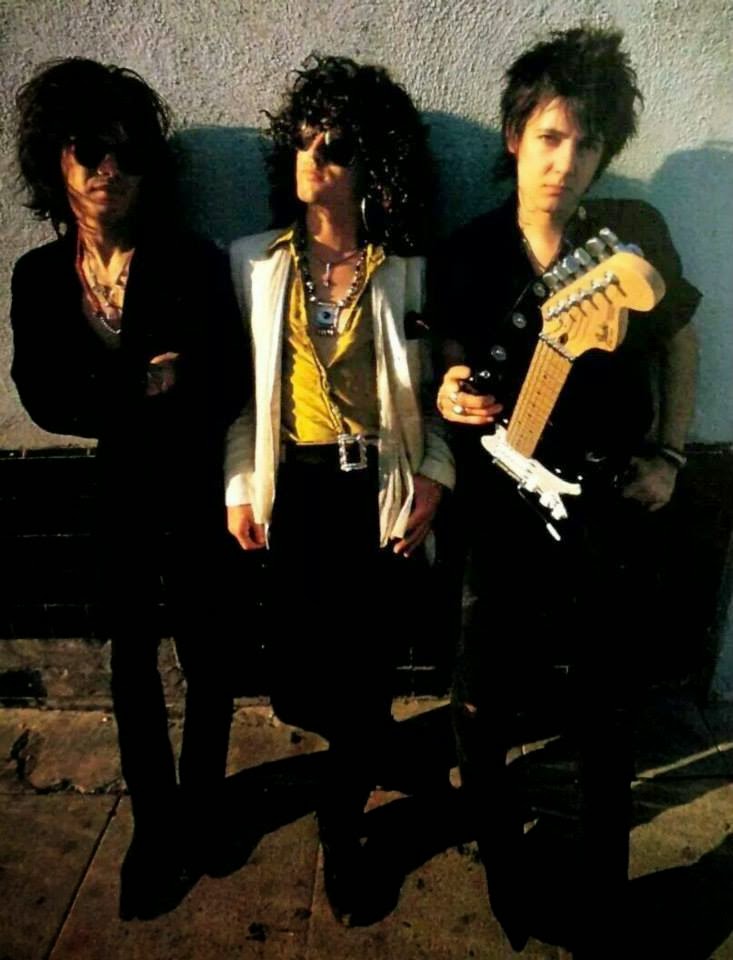 Simply because I put these songs in the spotlight doesn't mean you should ignore the rest because they are just as great as the others. Play 'Burning Tree', 'Wigs, Blues And High Heeled Shoes', 'Fly On', 'Mistreated Lover', 'Playing In The Wind', 'Same Old Story', 'Baby Blue' and 'Turtle' and you know what I mean. What still baffles me is why the band never made it big. They had everything they needed for it. Instead they just disappeared. I've been trying to find out why but haven't been successful in that quest. Marc Ford found fame with The Black Crowes; Mark Dutton is currently with Chris Robinson Brotherhood and played with Gilby Clarke in Col. Parker and LA Guns; Doni Grey joined Izzy Stradlin And The Ju Ju Hounds, then he joined the other version of LA Guns but has his own band, Chromosapien, now.

If you ever find a copy of this amazing album do not hesitate...buy it immediately! It's been long out of print so you are lucky if you find it. If you have a penchant for heavy yet melodic 70's tinged rock, Burning Tree are right up your alley. Also there is a live EP recorded in England that Epic issued. Despite being called 'Live From Leeds' it was actually recorded at The Marquee in London. Oh well, if you find two copies of it send one to me, you hear?! Since the guys are very active in other constellations a proper reunion is most unlikely which is probably for the best. There was a glimmer of hope though back in 2006 when they played some very successful "comeback shows in LA. There was talk of a new album at that point but I guess that fizzled out. Although any waverider living out in LA should head out to The Whisky on 12/11/2014 as the guys make a rare appearance. Don't miss it!

Anonymous said…
Hey guys - I'm a bass player in a new cover band. Well someone suggested we play turtle and I have never heard of it so here I am. Anywho lyrics are impossible to find - I want to find out what the hell they are talking about in that song!
July 17, 2015 at 5:37 PM