A Ripple Conversation with Corsair 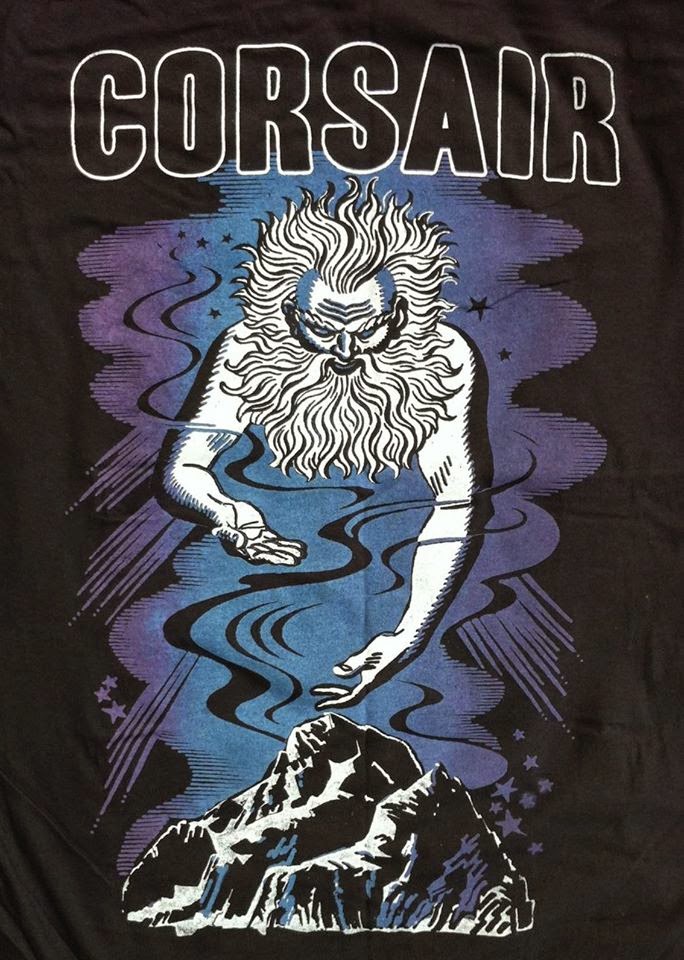 Seems like things have been going beautifully for the band since we last talked.  Why don't you get us caught up to date ?

Marie: Things have been moving, slowly but surely. Corsair have been lying low since about March of this year; we did a tour in Germany and the Czech Republic from mid February until early March. Upon our return, Jordan Brunk (bass) and I dove straight into finishing our new album, “One Eyed Horse”. Before we had gone on tour we had taken one weekend before Christmas and a weekend after Christmas at White Star Sound Studios in Virginia and recorded 10 songs, so when we got back from tour, those tunes were ready for the final guitar solos and vocal tracks. The overdub recordings didn’t take too long to wrap up and soon after we got into the mixing world… which can be a vortex and hard to do when you don’t have many free days to do it in!

After a time, we decided to hand off our “final” mixes to Chris Adams of Old Dominion Studios in Harrisonburg, Virginia. So we spent the summer working with him finishing the album. It was a long-ish process but I’m also so nit-picky I think it actually went quite well in the end and I’m super pumped about how it all sounds. Chris recommended Brad Boatright from Audiosiege in Portland OR to master the album, so we worked with him on the masters. I think at that point I had completely fallen in love with the new album as Brad somehow opened the sound up. Both Brad and Chris did fantastic work and I highly recommend their services.

Our album artwork was drawn by Elliott Downs, also from Harrisonburg VA. I really enjoy Elliott’s work and style so it has been a tremendous pleasure to have him on board with Corsair. SO, after all this “work” (haha) and sending off the files to the label to get everything off to press for CD and cassette, we were in “gig” mode. We had booked a mini-tour of sorts in late September beginning with a show with our Nashville budz All Them Witches, but our drummer Wade Warfield suffered a very Spinal Tap moment and accidently ran his right hand through a chop saw. We cancelled the 5 date tour and Wade took time to recover and heal up. So now, 6 weeks later, we’re gearing up for a couple of re-start dates, one of which is opening for Inter Arma, here in Charlottesville, so we are pretty amped to get back up on stage and rock out, especially in such good company. We have some December dates cooking up, one already booked in Richmond with Valkyrie, Valient Thorr and Demon Eye, so it seems we’re slowly getting back on track!

Marie: Charlottesville is a weird vortex, it’s sometimes snotty fraternity drunk douche-bag village, sometimes an artsy risk-taking fantastical masquerade, sometimes just a cold beer in the backyard kinda place. You can definitely feel different in it, at any given moment… or maybe that is just me projecting. The heavy scene here used to be much more of a thing, years ago with the staple venue being Tokyo Rose, leading to IS Venue and then Satellite Ballroom (all three venues have since closed down) and the Tea House, but now it’s kind of plateau-ed in a way that feels very much like middle age “settling”. We have had some wonderful efforts by young up and coming bookers, like Amanda Laskey (now in Brooklyn) and Annie Dunkel (running the Twisted Branch Tea Bazaar) and Jeyon Falsini (Main Street Annex) but the “heavy” and the “metal” are still sleeping. We have some stirrings of new bands here, creating good music and getting out and playing shows but the community feels like it could still use a big dose of some metal ragers, “like we had in the old days”... and there you go, I now sound like an aged lady.

I’d very much like to have some of the new and less-new-but-still-needed-here touring acts come through our town, like Kadavar, Horisont, Kylesa, Baroness etc. As far as the town reflecting in the music, I think we started out as just writing to have fun and since then we just draw on our individual inner experiences and project them out into the music. We’re more mysterious and mythical then we’d ever like to admit but at this point, it sort of doesn’t even matter anymore. Cville is a beautiful place, so maybe it’s more about the landscape affecting us than the town itself, if that makes sense! 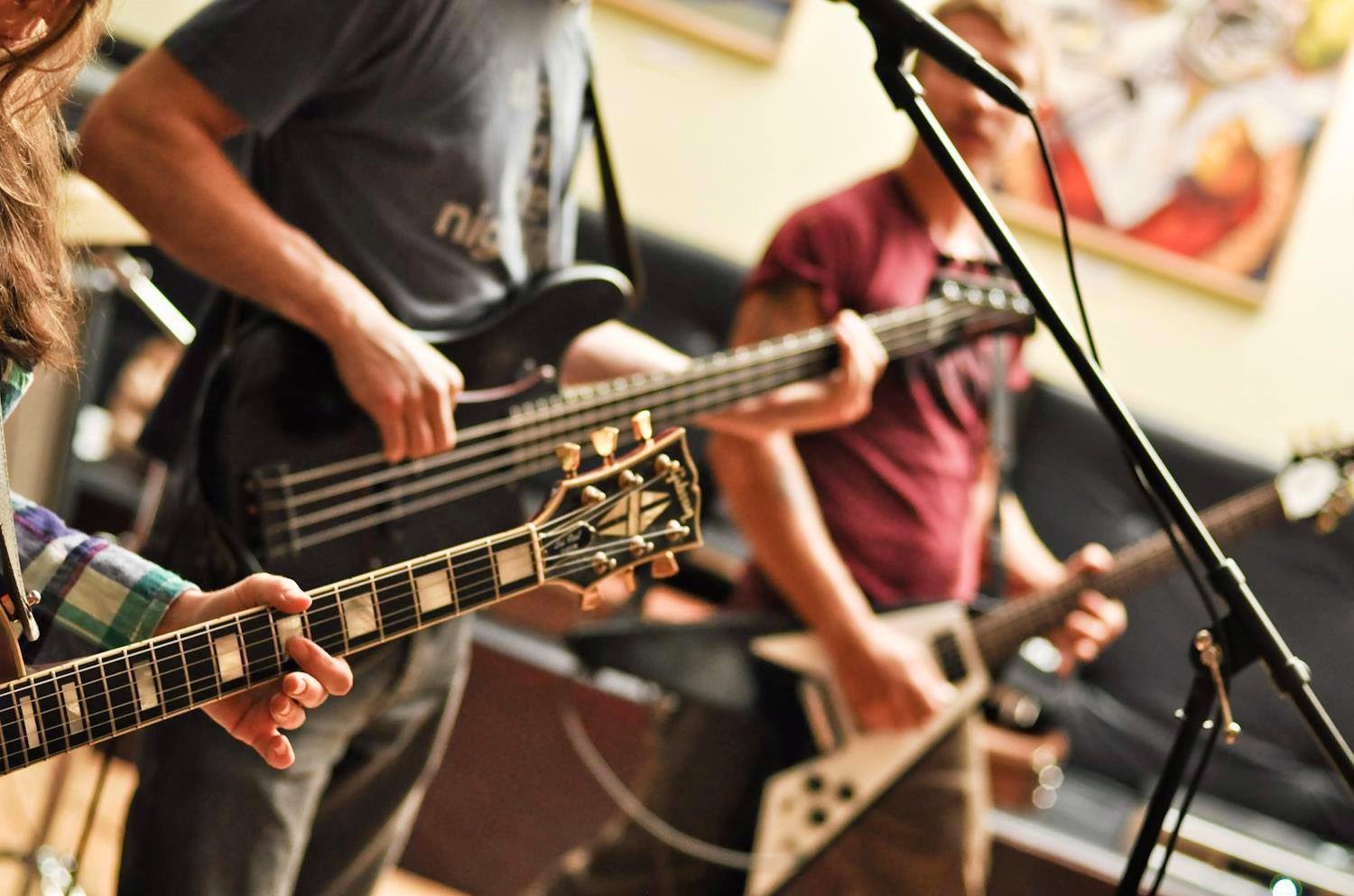 Marie: The band name came up via Paul Sebring (guitar and vocals) a long time ago… It means a few different things, one being a Chance Vought F4U Corsair, which was an American fighter gull-winged aircraft that was used primarily in World War II and the Korean War. It is also a French buccaneer pirate, who stole cargo from ships on behalf of the French King starting in the Middle Ages.

Marie: The Russian movie, NightWatch. I would say Dune for Paul and Jordan, they both dig on the Dune.

Marie: Arrgh, so many to choose from. Maybe “Solitude” by Black Sabbath or “1983…” Hendrix. Probably Hendrix. There’s so much going on in that song and it feels like a totally different place/dimension/space time, like you can really lose yourself in that tune.

I understand you have some great stories to tell from the road?   Enlighten us.

Marie: Well, this one I only know through the late-night recounting of the event, after the fact, from Paul and Wade. Earlier this year we were in Prague and had some time to get to know the city, so we did a bit of walking around and sight-seeing, which was fantastic because Prague is such a beautiful city. One night Jordan and I decide to lay-low but Paul and Wade have a hankering to get out into the night and see what life there is. Apparently, story goes, they were looking for a bar that someone may or may not have directed them too when they had asked around (language barrier). They see a door that might kinda be a speakeasy or some killer underground club and some people going in so they think they have the place. Paul and Wade go up, try the door but it is locked. So they do a little knocking and soon the door is opened. Standing in front of them is an older man, dressed in some lady undergarment articles, make-up, heels and all, super excited and smiling, saying, in what Paul and Wade can only figure, is “Hello! And welcome! To this cross-dressing club speakeasy!!” Paul managed to communicate that they had arrived at the wrong destination but the man was encouraging and very much wanted them to join, especially now that it was clear that these were two lost Americans! Paul and Wade kindly declined and then hurriedly walked off in search of a pint to recoup their nerves. Jordan and I died laughing when they came back to the hostel telling this story, especially to see and hear Paul act it out, it is solid GOLD!

The last bout of shows we played were in Germany and they were getting to be very, very fun. When you have your instrument duties ingrained in your head and then you have some freedom to “get loose” so to speak, that’s when things take on another level of adventure. Once we are comfortable on stage, Paul and I get our little dueling dance on and it’s really something else. The crowd I think reads what we’re saying and they get into to. When we played Hell Over Hammaburg it was sold out and 1000 people showed up on time to see the first band of the festival, which surprised us, but also helped us push a little harder on performance awareness. The best part though is seeing people scream out lyrics to a song, shred some air guitar on a solo or just headbanging away. It makes the whole music live performance come together.

Whiskey or beer?  And defend your choice:

Marie: Do we have to choose? In that case, both.

Marie: Our home town is Charlottesville, VA. Melody Supreme is the record store, vinyl only, on the Downtown Mall. Owned by a good friend and wonderful French dude, Gwenal Berthy, Melody Supreme always has a killer selection of vinyl, new, old, weird, it’s there. I like to go by and visit him on a whim with espressos or some Pastis. We like to sit and talk about life, music, bands, records etc in the midst of all his vinyl.

Marie: We’re SUPER stoked on the new album and look forward to it being released on Shadow Kingdom Records in January 2015 but most of, touring in the Spring on the release of the new album is the real carrot at the end of this rock’n’roll stick. I know record releases take time but I am seriously excited for the open road, new cities and new friends.

Marie: You can pre-order a digital download of the album on our bandcamp and also check out three of the tracks, streaming. Tour dates will be announced via our website and Facebook page so if you’re wondering about when/where, check in on those sites.

And, thanks for the opportunity to share corsair news and stories with you and your readers, it’s a real pleasure to contribute in this way.