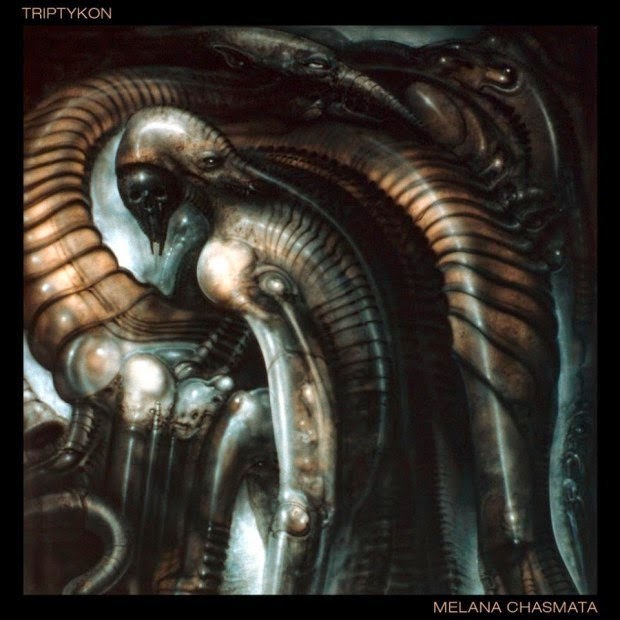 I listen to a lot of metal.  I write these reviews, I do a weekly radio show, and to be honest, a lot of what I listen to is just a blur.  Much of what comes my way is just very generic metal.  I figured out last year that I listened to portions of over 400 albums between my writing and radio show.  If a band stands out then they have got something a little unique, they've figured out how to put their own touch on this metal genre.  If they stand out enough that I give their release multiple listens, then it has to be something special.

I think we can call this Tom G. Warrior fellow pretty special.  For over 30 years now he has kept it interesting with Hellhammer, Celtic Frost, and now Triptykon.  Let me just join the chorus now and state that this is his master work.  This album is so staggeringly good, with nothing on display that you could even begin to call a misstep, that it boggles the mind a little.

The songwriting is outstanding.  All of the songs sound like they are of a whole.  There is nothing here that seems as though its just a bunch of riffs pasted together.  The songs sound like fully formed ideas, and they are given enough room to breathe and develop.  Each one seems to be exactly the right length.  The performances are top notch.  All of the playing on this album feels like there is a symbiotic relationship between the player and the music, that there is no difference between say the drummer and his rhythms.  They are one and the same.  As an album, all the songs work together.  I've heard concept albums that don't flow and work like this one does.  This band has simply put all the right parts together in all the right ways to bring us something spectacular, something that does not often come along.

You can't lump this in a nice tidy box, genre wise.  It is most definitely, without a doubt, metal, but you aren't going to be able to call it black or death or anything so simple.  This is other metal, a distillation of the experiences of a metal veteran, taking the best bits of everything he has done before to put forth something so much greater than the sum of its parts.  “Breathing” certainly blasts along like some tasty death metal, but yet has enough other things going on that you can't simply call it death.  Other tracks, such as “Boleskine House” and “Aurorae” are just a few BPM above what you might call doom, but again, more than an easy definition awaits the listener.  “Demon Pact” is tribal and primal, sounding like what you might imagine a gathering of Hell's minions would be like.  “Black Snow” is just twelve and a half minutes of gorgeous darkness.

This album is brilliant.  Everything you could want in a metal release.  Something I will listen to repeatedly.  Definitely on my top 10 list for this year, regardless of what comes out the rest of the year.  Mr. Warrior, you have done yourself proud.  Valhalla awaits.