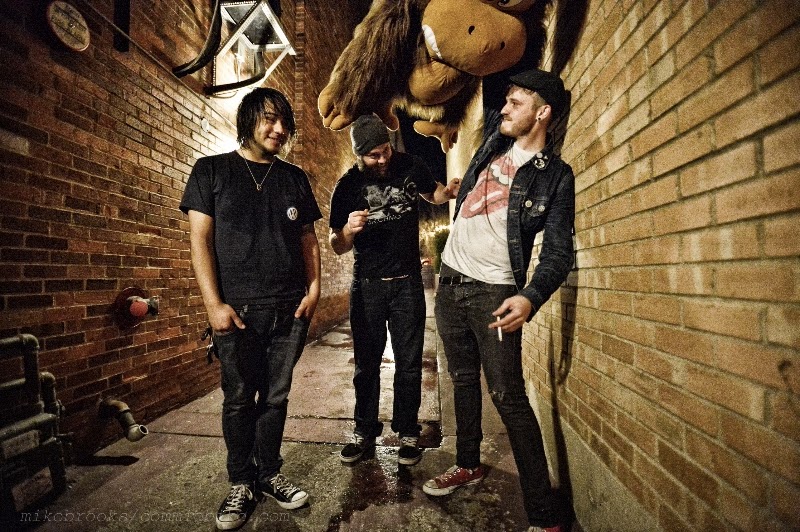 “The trio of musicians affects a posture exactly commensurate with their ability to knife through the room. Their stage strut is a claim made veracious by their impressively tight sound. It is rock and roll in its most crystalline, adrenal seductiveness.”
D Magazine

There’s no hyperbole to be had here. Fort Worth, TX three piece The Phuss play it fast, they play it loud and they play it ‘cos they mean it.

Formed in 2008 by front man/guitarist Josh Fleming and drummer Trey Alfaro – and later joined in 2010 by bass player Forrest Barton – The Phuss’ second full-length album On The Prowl is as intense as it is impressive. A ferocious collision of youth and dirty rock 'n' roll fun you just can’t shake… although why would you even want to? Fierce guitars, rolling bass lines, abrasive vocals and pounding drums; produced by Jeff Saenz and mixed by Jordan Richardson, On The Prowl packs riff upon glorious riff of distorted loudness over razor sharp pop that brings to mind the likes of Queens of the Stone Age, Blue Cheer and Nirvana.

On The Prowl will get an official release via Magnetic Eye Records on 14th October 2014. In the meantime, watch and share the new video for ‘I Don’t Feel Good’ via New Noise Magazine http://newnoisemagazine.com/video-premiere-the-phuss-i-dont-feel-good/ or click on the image below.

YouTube Link - https://www.youtube.com/watch?v=BT44t6IjKhk
Posted by The Ripple Effect at 12:30 AM

Email ThisBlogThis!Share to TwitterShare to FacebookShare to Pinterest
Labels: Blue Cheer, I Don't Feel Good, new video, Nirvana, On The Prowl, Queens of the Stone Age, The Phuss