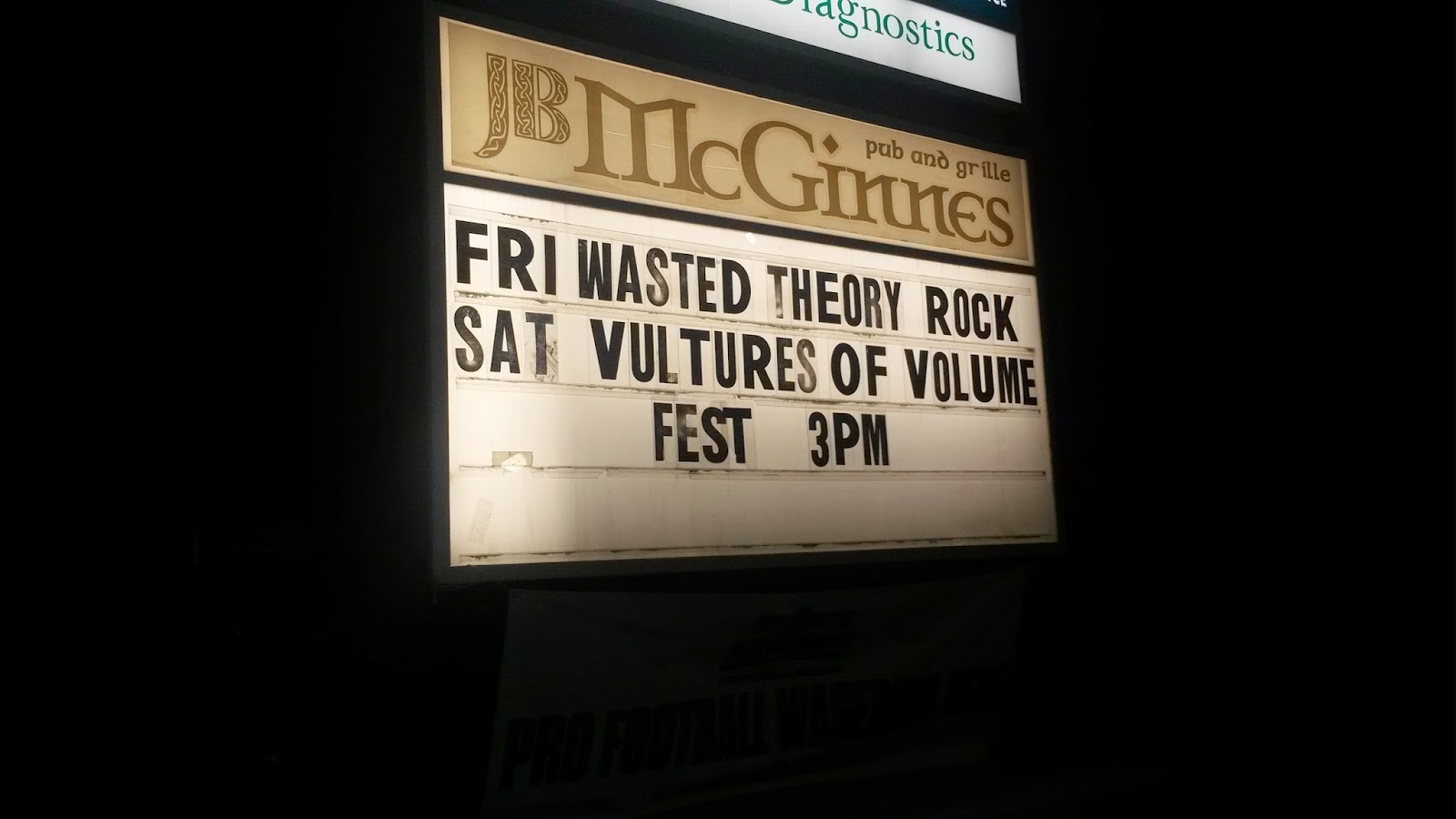 The inaugural edition of the Vultures Of Volume fest was a very interesting proposition from the get-go, to say the least. Once the organizers, Kathy Reeves and Matt Dayton, announced the event as well as the line-up, preparations were made to head northeast. Though being originally slated to take place in Maryland, difficulties there meant a change of venue was enforced. The excellent JB McGinnes Pub & Grille in New Castle, DE, stepped in and agreed to host the fest and it couldn't have been a better choice. It's the perfect place for an occasion like this whichever way you look at it.

Philadelphia's Wizard Eye had the honor, yet the unthankful task, of opening up the procedures. At 3pm not many people had showed up, however, that didn't deter these beasts. They played like it was a full house and were simply crushing it with their bottom-heavy riff-based, sonic and psychedelic doom. I've had the opportunity to see them live several times and they were phenomenal as always. 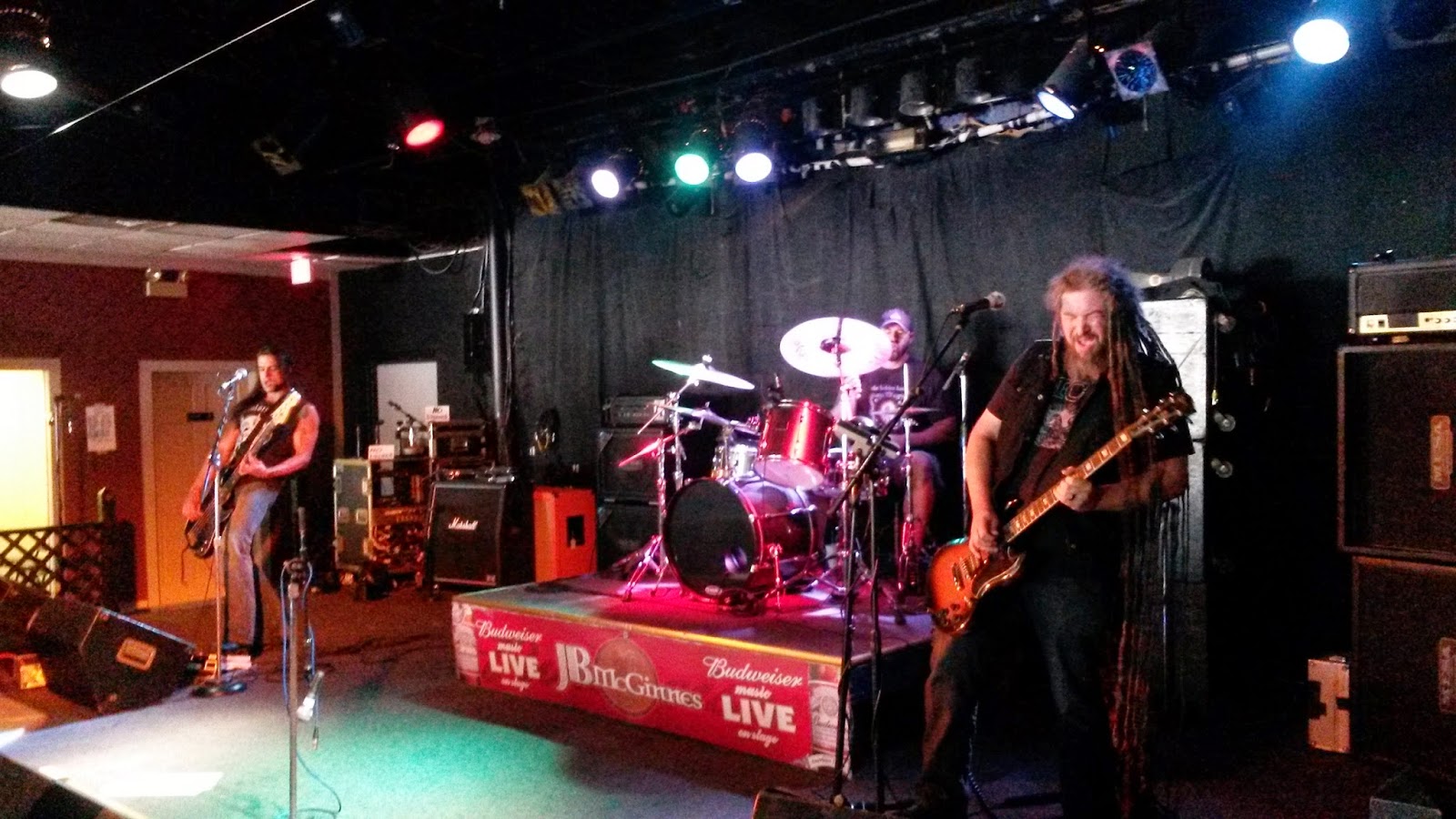 Locals BlackHand followed and they had recently gotten back together after a hiatus. A nice acquaintance indeed. Mixing Black Sabbath with sludgy doom is their forte and they were pretty damned good.

Black Manta is a Maryland-based stoner/doom band that has been active on and off for quite some time. Heavily riff-infused and sleazy they weren't bad but didn't make it or break it with me.

Never a band to disappoint, Gorgantherron from Evansville, IN, were as good as ever. They simply laid JB McGinnes to waste as well as crushing the ever growing crowd. Amazing is all I can say!

Beelzefuzz are always a force to be reckoned with, being one of the best and most innovative bands out there. They upped the ante quite a bit recently by adding Greg Diener of Pale Divine on guitar. Holy shit folks! An already fantastic band is even more amazing now, expanding their musical palette to unrivaled levels. It's trippy, groovy, heavy, psychedelic and totally out of this world. I've said this elsewhere but Beelzefuzz are the past, the present and the future of music! 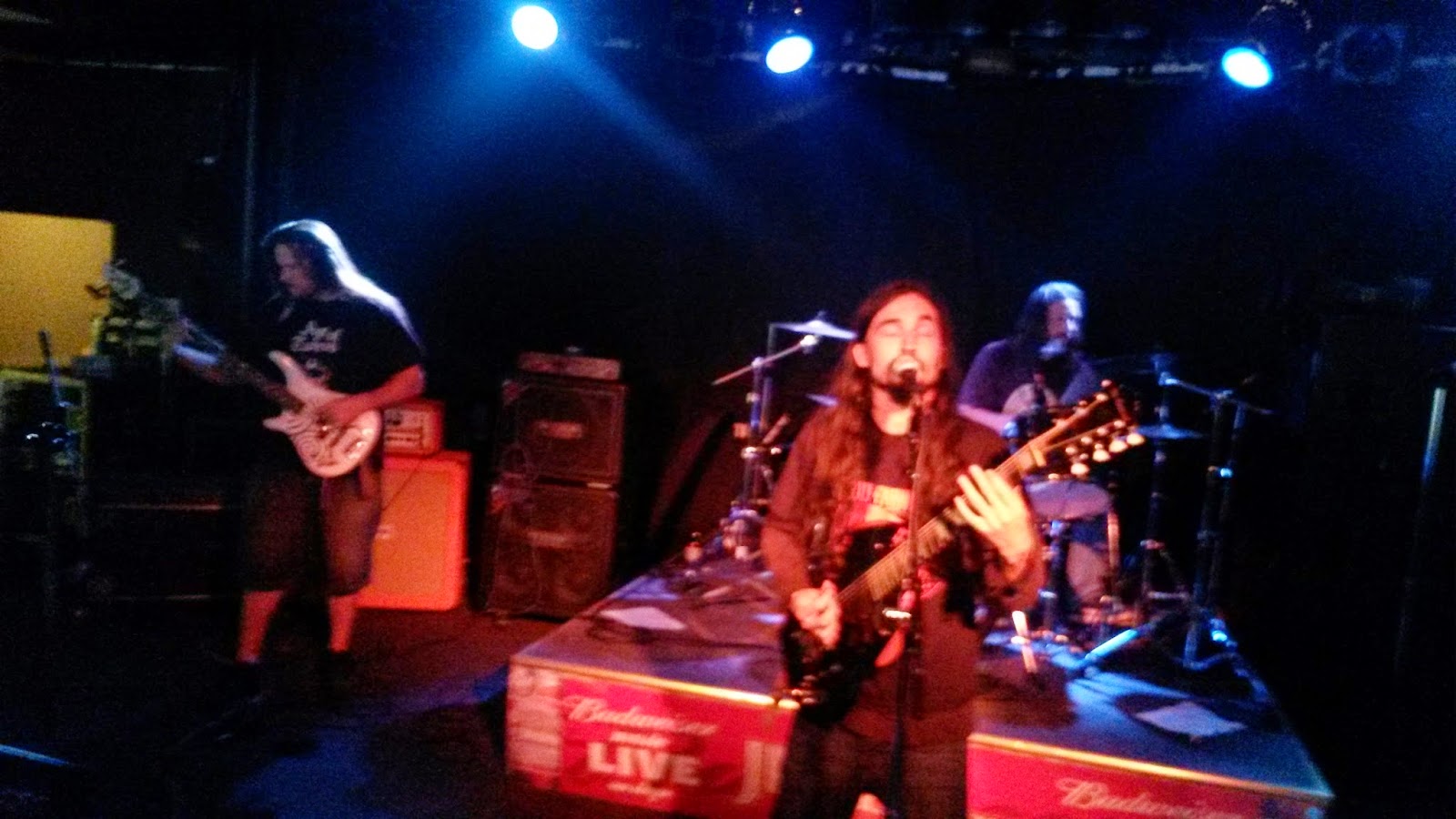 Another band in the same mold as Beelzefuzz, but leaning more towards Goblin were Blizaro from Rochester, NY. Fabulous guitarwork, jammy and experimental it was pure joy to watch them. Problems with the Moog didn't stop them, instead that glitch only spurred them on. Excellent!

I know I'm very biased when it comes to Pale Divine. They are, after all, one of my favorite bands ever. Regardless, this was one of the best performances I've ever seen them do. Even though their albums are far apart, Pale Divine always evolve. Each show brings something new and holy hell, tonight they were incredible. Few, very few bands mix heaviness, soothing tones, technique and melody and create music the way these gentlemen do it. Truly amazing!

Kingsnake are a good decent band from PA that I have managed to catch a few times. Good musicianship and a solid performance is what they gave us but still they didn't rattle my bones. The reason is they sound way too much like Clutch to have an identity of their own. Clutch are not a bad source for inspiration. Quite the contrary. Despite this, they put on a good show and had the crowd rocking but they need become themselves.

Up next a very welcome return for guitarist/singer Dale Flood and his band Unorthodox, having laid dormant quite a while now. Albeit a one-off thing - maybe? - it was a privilege to witness this rare happening. Backed by drummer Ron Kallimon and former The Obsessed bassist Mark Laue, Dale and the band created magic. There's no other way to put it. Maybe there was a nervous second or two at first, but greeted by a hero's welcome Unorthodox went from strength to strength, Fantastic, simply fantastic! 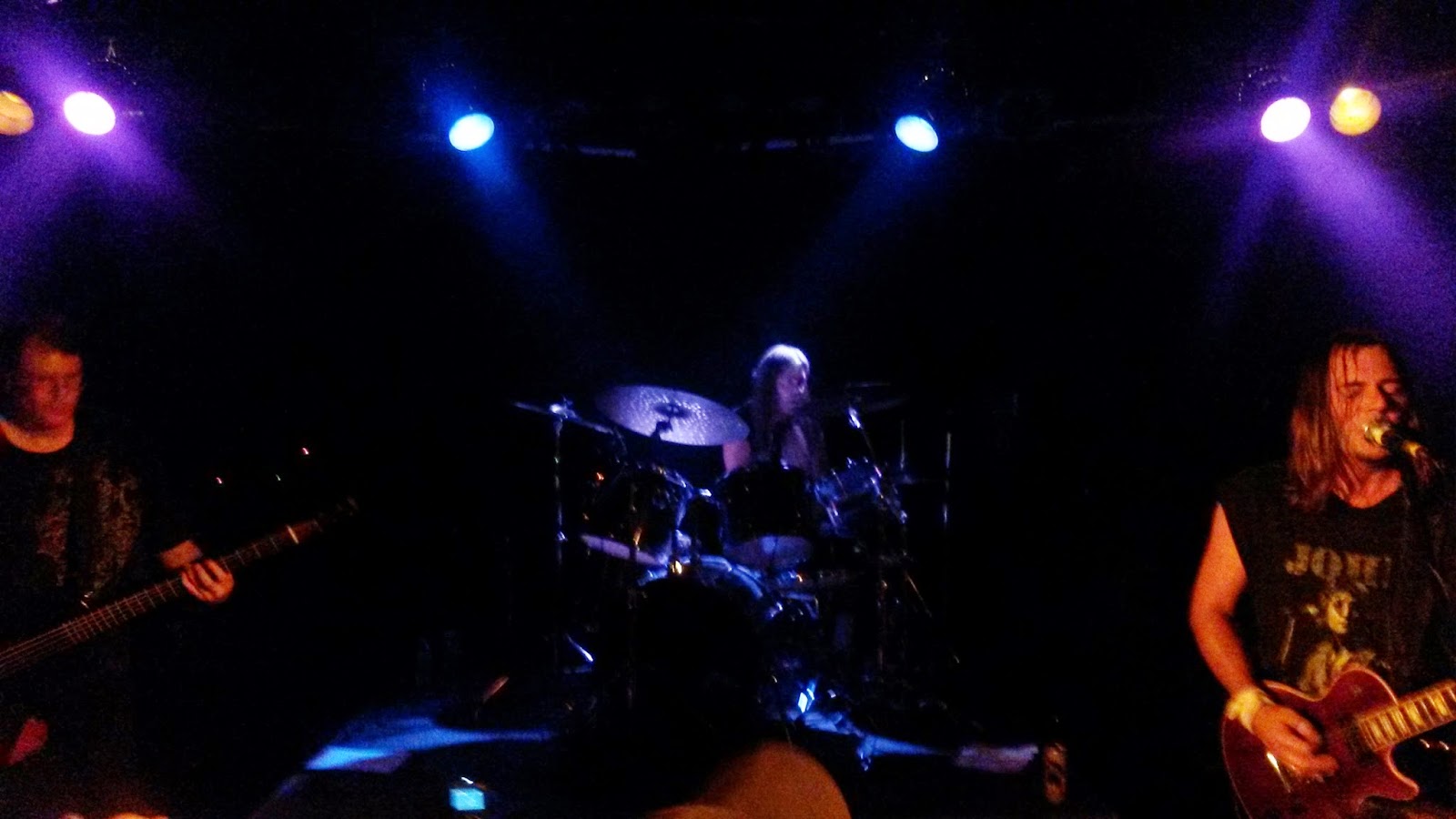 Anticipation was running as The Skull took to the stage. Featuring three prominent ex-members of Trouble, Eric Wagner, Jeff'Oly'Olson and Ron Holzner, they launched into the legendary album 'Psalm 9' and that was all she wrote! They couldn't do a thing wrong and the crowd was eating up everything they threw their way. It's been a long time coming for me and I am very pleased I finally got to see The Skull crushing some skulls. 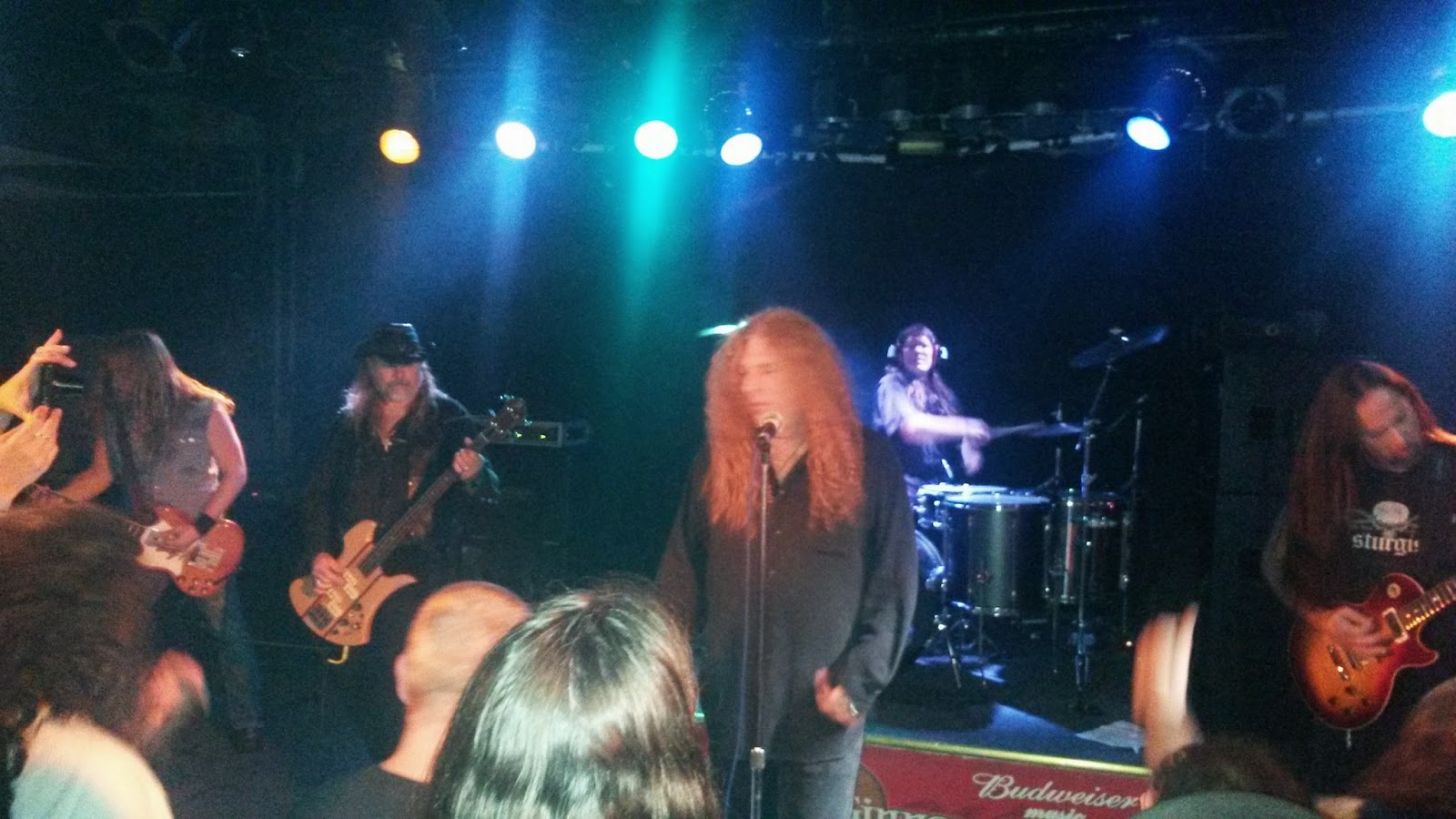 It's unavoidable but all good things must come to an end. Regardless, when a day full of great music as the Vultures Of Volume fest was is over, you go home with a big smile on your face. True, on the one hand you never want it to stop, but on the other you're already remembering the great music you listened to and all the great people you met, hoping and wishing there will be a second edition next year. My wife and I had a fantastic time in Delaware, catching up with long-time friends as well as spraining our necks headbanging too much. But it was well worth it. A huge shout out to Kathy Reeves and Matt Dayton for a great job putting the fest together. It couldn't have been better! 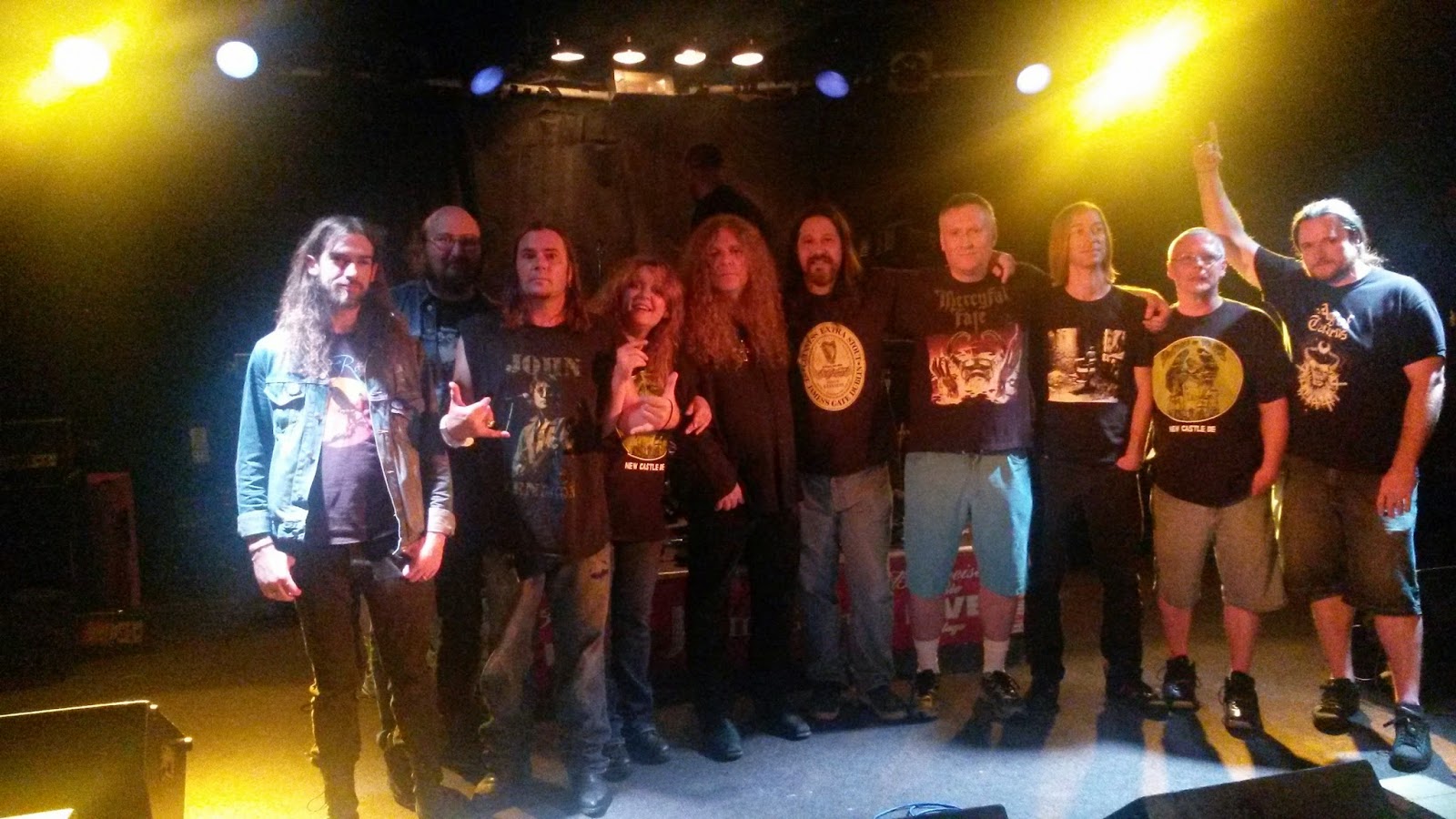 I had the best time at this show! Will return for the next!
Sölomon G Zomg