Cleaning out the Shelves - The Single Life - 7 Inches of Fun featuring The Monkees, Thundermug, Mazarati, and Sweet Justice

Another installment of the column where you listen to the music with me and help me decide what stays and what goes. Damn do the Monkees sound good.  Yeah, go ahead tell me all you want about how they were manufactured, yadda yadda yadda.  Simply put, The Monkees are damn fine '60's pop, and these two cuts are the pinnacle of Monkee fun.  "I'm a Believer" of course was written by Neil Diamond and features all classic components fo '60's Neil.  Great hooks, strumming guitars, and a huge melody.  Micky Dolenz does a fine job on the vocal here, smooth and straight forward.  Forget the Smashmouth cover, The Monkees did it much better with some nice guitar and huge organ sounds.  Simply perfect.

But the real treat here (for me) is (I'm not your) Steppin Stone, written by Tommy Boyce and Bobby Hart.  This is about as mean and nasty as The Monkees got during their peak pop years, with a menacing bass line, a sinister tom and organ break down, a driving riff, and Mickey going all out on the venom in his vocals.  A killer cut.  Best of all, I found this with the original Colgems picture sleeve.  Yes, I'm not embarrased to admit it, I'm a Monkee Man!  Found it for $1.  Definitely a keeper 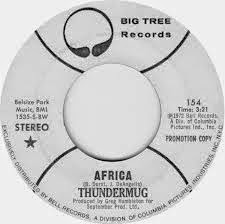 Trippy, psychedelic '70's rock from this Ontario based band.  I'd never heard about Thundermug until Tony Reed told me about them and played a track on our radio show.  This song cooks along with a tribal drum beat, unusual song construction and a call and response vocal that leads into a driving chorus.   Acoustically-based hard rock but heavy on the melody, like fellow Canadian rockers, The Guess Who with maybe a touch of The Kinks.  Definitely and oddball, but an oddball with character.  Fun.  Found it for 25 cents.  A keeper. 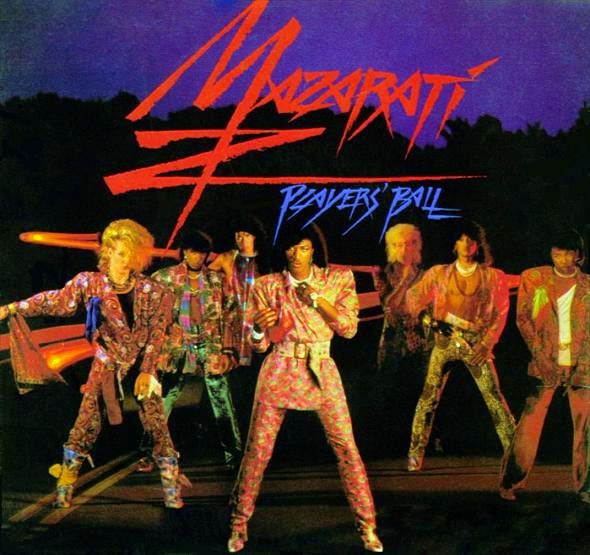 Mazarati - Player's Ball b/w I Guess It's All Over

Coming from the fertile Minneapolis R&B scene circa 1986 -at the peak of Prince's popularity- it shouldn't be a surprise what Mazarati sounds like.  If you need more clues, the album (and this single) were released on Prince's Paisley Park Records and the songs were produced by Brown Mark and David Z, both members of Prince's Revolution.  And in case you still need another hint, just look at the cover with the multi-racial band sporting big hair and outrageous clothes.  Yes, this is Prince-lite in all its derivative glory.

Mazarati never made it big, probably because they just didn't have one ounce of their own identity.  Way too Prince-sounding.  Why buy Mazarati when you could just wait for the next Prince album which was sure to be better and more original and creative.  Still, there is some merit here.  Player's Ball is a snappy little rock/funk number that would've fit in very well as the warm up band in the Purple Rain movie.  Prince-esque vocal tics, yelps and even a psychedelic guitar break all tip their hat to the master.  I Guess it's Over is a slow burner of a ballad and probably the better song here with a thumping bass and a smooth flow.

Found it for 50 cents.  Nothing original here, but an obscure enough snapshot of a once very fertile scene that's probably worth keeping. 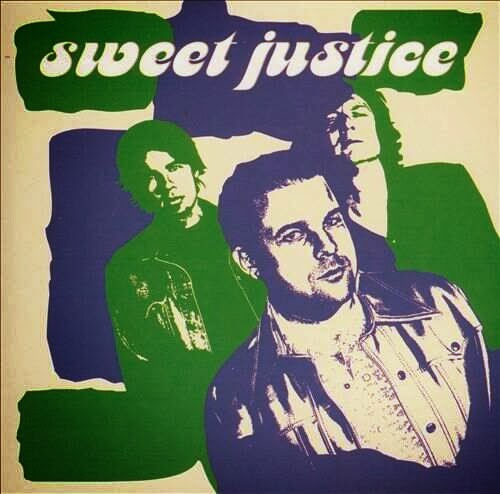 Formed by Frank Meyer (formerly of the Streetwalkin' Cheetahs) and Bruce Duff (formerly of ADZ, Jeff Dahl and .45 Grave) originally as a soundtrack project but eventually became a full-time concern and released one album on Real O Mind Records in 2004.   Punk rock with a roots/alt rock vibe is the name of the game here.  Guns of Navarone was the lead-off track from the album, but in truth is a bit too much Green Day for me in structure and vocal texture.  An OK song for sure, and if Green Day had never existed, I'd probably be thrilled by it.  But in the real post-Green Day world, it's simply there.

The stars here are the two cuts on the flipside, both non-album tracks.  "I Just Wanna Have Something to Do" has a strong Ramones-vibe to it, complete with Joey Ramone vocal inflections, but it rocks all the same, with it's pop punk flavor.  And midway through when the lads step on the gas it becomes a bit of a true punk raver.  The diamond in this rather rough slab of coal.  "I Wanna Be Loved" is a bit of an odd gothic/country ballad that smolders along in a slightly off key, off kilter way and somehow is simply endearing.