Catching Up - Quick Ripple Bursts; the Letter "O" - featuring The Oath, Oblivious, On Top, and Overlord


I believe I owe quite a few bands and you waveriders an apology.  The last year got away from me.  With the record label, Ripple Music, having a massive production year (including killer releases from Leaf Hound, Poobah and Volume IV), the starting of Heavy Ripples (the world's only non-profit heavy rock distribution service), editing the Ripple Effect, and the day job, I simply never found the time to write Ripple reviews.  Oh sure, occasionally one would slip in, or an interview with a cool band, but not nearly my normal output.  I doubt any of you waveriders missed my writing too much, particularly with the crew of troublemakers we have, but several bands certainly did.  Mainly, because I never wrote a review of their album!

But now things are catching up.  Ripple Music has released the new Grifter album, White Dynomite, Weed is Weed, and Stubb and JPT Scare Band are coming soon.  We're working on a new line of 12" split LP's to introduce new bands, heavy ripples is going strong, and best of all, the mighty Penfold has stepped in to help with my editorial duties, freeing me to . .  .write.  God, I missed that. 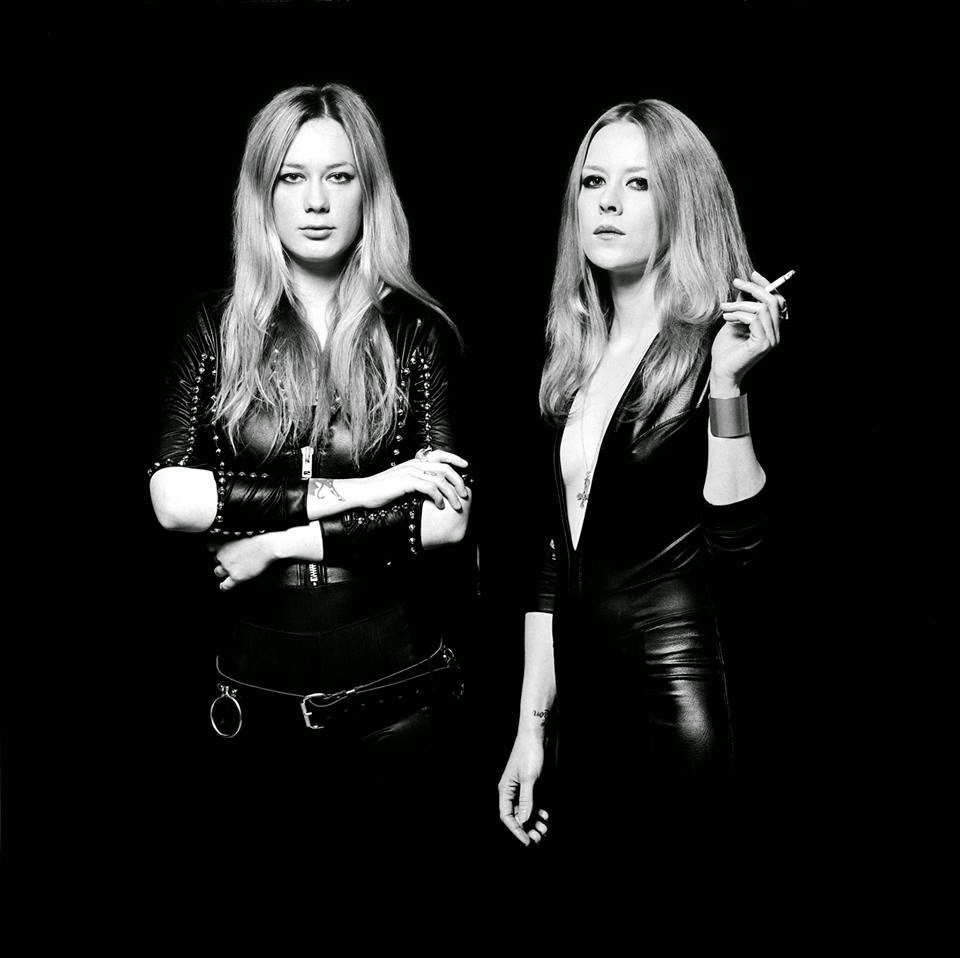 I was really interested in this album when it was first released and intended to write it up, but then I'd heard that the band had split soon after it's release.  Combine that with the fact that I had absolutely no time and it slipped into the ether.  But with the iPod spinning, The Oath's self-titled debut album came up and damn, if it isn't even better than I thought it would be.  Retro-70's proto-metallic doom is the name of game here and The Oath do it ballsy and heavy and transcendent.  Riffs are thick and syrupy, the female vocals are ethereal in the best sense and the whole thing just cooks along on a backbone of serious rock.

Songs like "All Must Die" and "Silk Road" attack with an ominous ferocity. "Night Child" almost channels some Cult through it's chugging riffs while "Leaving Together" is as atmospheric as a smoke filled room.

One listen to this album and I was hooked.  Immediately, I ran out and bought the LP and now I'm searching high and low for their one 7".  If anyone has one, let me know.  My advice, don't let the breakup of the band stop you from exploring this one.  Their dissolution is a terrible loss for us heavy music lovers, but at least they left this document behind.  Lush and brutal, sophisticated and raw.  Heavy retro-doom with the best of them out there. 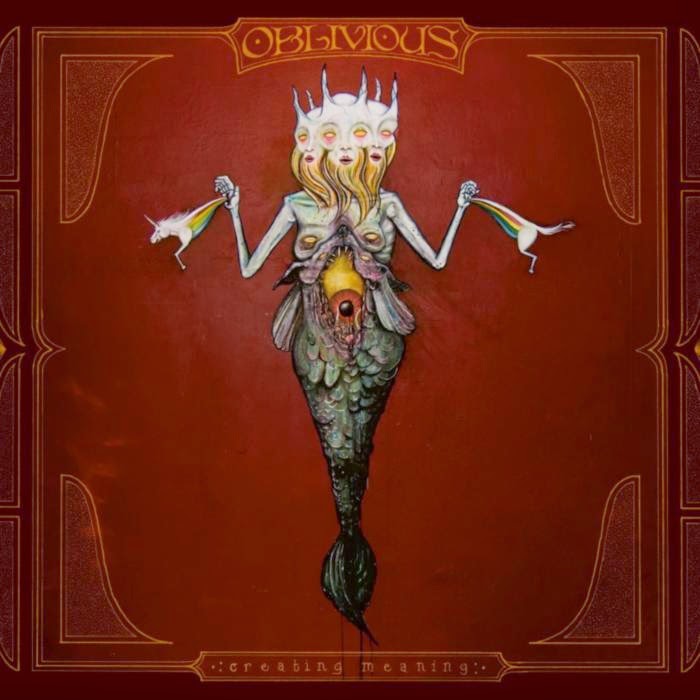 Oblivious may be a lot of things, but one thing they're not is . . . oblivious.  Oblivious to fantastic 70's rock history that is.  Channeling Zeppelin, Cream, Bad Company, and others, Oblivious have unleashed an absolute corker of guitar-mad, retro-70's riff madness.  Featuring some soulful vocals and enough mad fretboard runs to satisfy any 70's guitar afficionado, Creating Meaning is about as essential a retro-70's rock album as I've heard in ages.

Big guitar runs blast out without regard to the decade.  Melodies are hook filled and chorus are big and juicy.  Originally released on CD by Transubstans (available in the Heavy Ripples Distro!!!) the LP has just been released on World in Sound.  And let me tell you it's delicious.  If there was ever an album that screamed to be laid to wax, this is it.  Unfortunately, finding a copy from World in Sound is a bit tough stateside.  This is a band that Ripple simply has to work with to release a North American version of this album.  Take my word, it's killer stuff.

Oblivious, get in touch with us.  I got a record label for you!! On Top - Top To Bottom

4 song EP from these retro-glam sleaze merchants, channeling the best of Sunset Strip with a modern, punked up attitude.  Born from the unholy matrimony of Motley Crue and Buckcherry at a wedding officiated by The Stooges, On Top like it hard and stiff.  Solid playing and a sing-song speak-singing wail over some killer guitar riffs and snotty choruses.  Each song here is worthy of starting a bar fight between a gang of bikers and group of hairspray metallers.  Ugly and stained, like a homemade tattoo, On Top, have left their mark on the music world.

And damn, I've been waiting for this.  Great sleazoid rock fest. 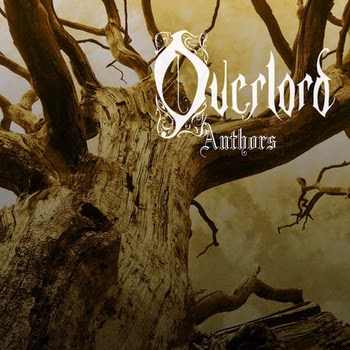 Not what I expected here.  With their name, and the fact that this came out around the same time as Monolord, I was expecting another droning doomfest.  Perhaps with a zombie vocal and a pulse this side of melting swamp sludge.  But no.  Riffy? yes.  Doomy? yes.  But we ain't got no monotonous mid-paced trolling here.

Overlord kick their brand of stoner rock in the ass with might riffs and a rocking backbeat that propels this baby fast and furiously down the rock highway.  Clean vocals and damn, honest to goodness singalong choruses, and some fiery guitar solos and we got something akin to stoner grunge.  Title track "Authors" is so damn melodic amidst it's heaviness that it could almost be alt-rock doom.  Very cool.  I've been waiting for bands to get passed the droning temple "post-Sleep" somnolence of stoner doom and get back to rocking, and Overlord do just that. There's some big retro-70's energy going on here, like the opening to "Take You Down" and "Ascent" takes flight on the wings of a killer retro-heavy blues riff.

So, don't make the mistake I did of lumping Overlord in with the stoner-drone-doom scene.  This is a kick ass heavy rock band and I expect big things from them. This 5-song EP is only a taste.  Come on guys, give me the full meal.

The letter "O" has some good names attached to it. "Oblivious - Creating Meaning" was one of my favorites last year and made my list of "The Best Albums of 2013"

I didn't see too much hype about it though, so it's good to know I have someone who agrees with me. ;-) I think it's an excellent album, and I for one would love to get my hands on a vinyl copy.