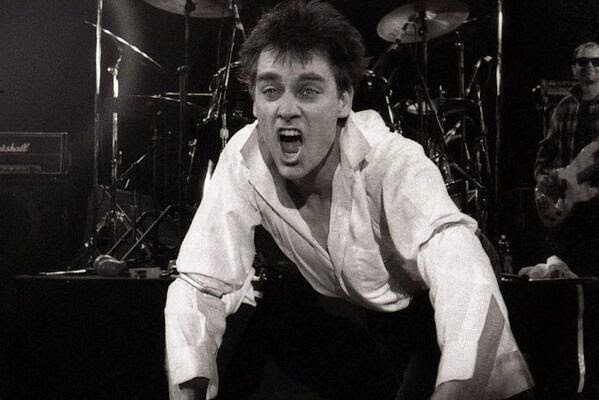 Today, I just found out that I lost mine.

It's hard to explain my connection with The Angels (in America known as Angel City).  I'm not Aussie, yet somehow their debut US release Face to Face crossed my consciousness.  Immediately I was hooked.  The riffing was as powerful as the ever-present AC/DC.  The guitar work just as fiery and melodic as Thin Lizzy.  And in their crazed frontman they had a secret weapon of fanatical paranoia colliding with a near-punk frenzy of passion.   He held court between the rock solid columns of the Brewster brothers on guitars.

Doc Neeson was the focal point of the Angels, or as Angels drummer Buzz Bidstrup said, "He was the arrowhead of The Angels who propelled us to where we got to, the reason why the band became such an iconic force in the 70s."

Neeson was galvanizing.  Even in the days long before MTV, I knew what he'd be like to see live.  He was fanaticism in motion. Frenzy barely controlled.  I could tell in the strain of his vocal chords, in the madness of his lyrics, in the intensity of his breath.

News.com.au said, "The Angels singer was a force of nature, the quintessential rock frontman who could command an audience with his ferocious performance and charm them with his natural bonhomie."

He passed away after a long battle with brain cancer at the age of 67.

To my understanding, he soldiered on and performed as long as he could. 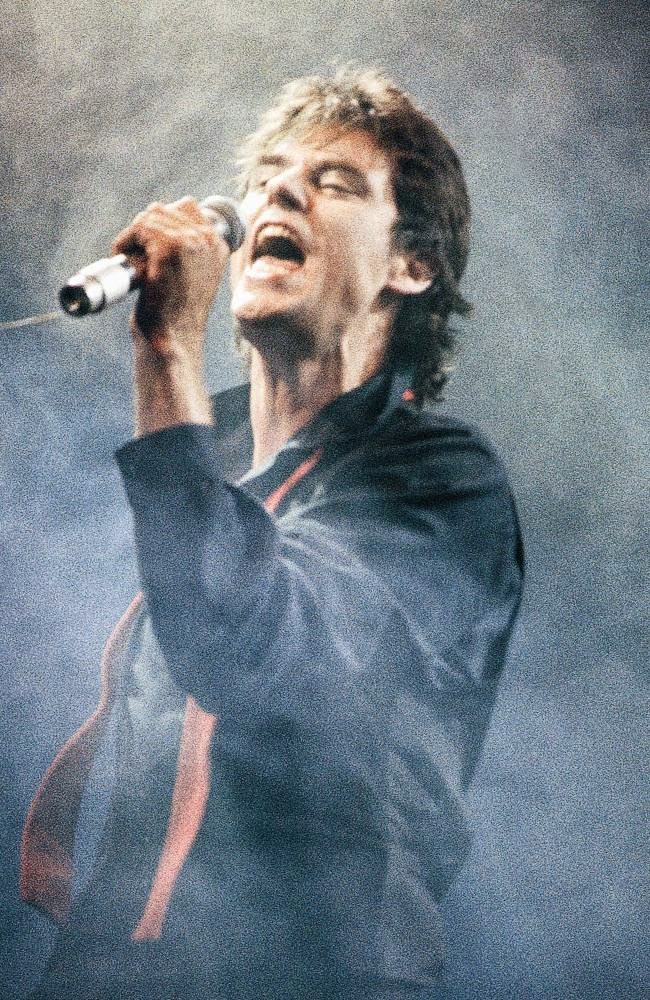 I'd never seen Doc Neeson in person.  I'd only ever seen a few Angels videos.  I never saw them perform live.  I only knew the man through the grooves of vinyl.  When I eventually went to school in New South Wales, one of the first things I did was find a record store to dig up as much Angels material as I could. The real stuff.  Aussie made.  Regrettably, that was the day of CD's, but I've since tracked down the vinyl as well.  For a Yank, I have a pretty amazing collection of Angels music.

Now there will never be anymore.

I didn't flinch when Freddie Mercury died.  I barely noticed when Michael Jackson passed.  I have tremendous respect for both men's natural talents and bodies of work.  But they never touched me personally.  I never felt them.

Songs like "No Exit," Out of the Blue", "Darkroom" "After the Rain," and the masterful "Face the Day" spoke to a part of me.  A part that needed Doc's fanatic energy and twisted thoughts to simultaneously fire me up and calm me down.  To quiet my fears and assuage my own discontent.  To bring me to the brink of insanity, then gently lay me down in safety.  You might call it therapy, if so, it was therapy of the damned.

And I needed it.

While I'm writing this, I'm listening to the Marseilles - Live at Narara 29/11/1983 video that one of our waveriders suggested (in the comments of the Face to Face review.)  I'm watching Doc at his captivating best.  A dervish of motion.  A punk icon heading a killer rock band.

I never met the man.  But I'll miss him.

R.I.P. Doc.  I know you'll find peace in your next place.  Thank you for building a place for me.

In his music it will live on.

Heli B said…
Hey, thanks for your great obituary for Doc. I love the way you talk about how his lyrics and the angels songs made you feel as a teenager. I felt the same, love the Angels in my early teen in 79/80. Read your Face to Face review and the comments as well. Find it really interesting that US fans identify the punk/rock fusion, making comparisons to bands like the Runaways. For me The Angels got me interested in punk music, and a lot of their original Australian fans came from the punk scene. Doc's mania and artful lyrics and performance were unlike anything else at the time. So fantastic live !!!!! They made you feel invincible!. The Australian punk scene was a small but ingenious hothouse of creativity in the late 70s and early 80s. Sadly for us, the smallness of the culture here saw Aussie Rock and Punk become diametrically opposed by the early/mid 80s. Aus Rock was the dominant Industry force and we were the 'underground'. I hadn't listened to the Angels for many many years until Doc passed, but have been watching the awesome Live at Latrobe 79, footage which someone recommended on the other page....so amazing!! And yes, unlike more trad 'rock' bands, it hasn't really dated. Vale Doc. Your music meant so much to so many.You helped us understand and celebrate our darker natures. May you weave your magic in heaven.
June 7, 2014 at 9:48 PM