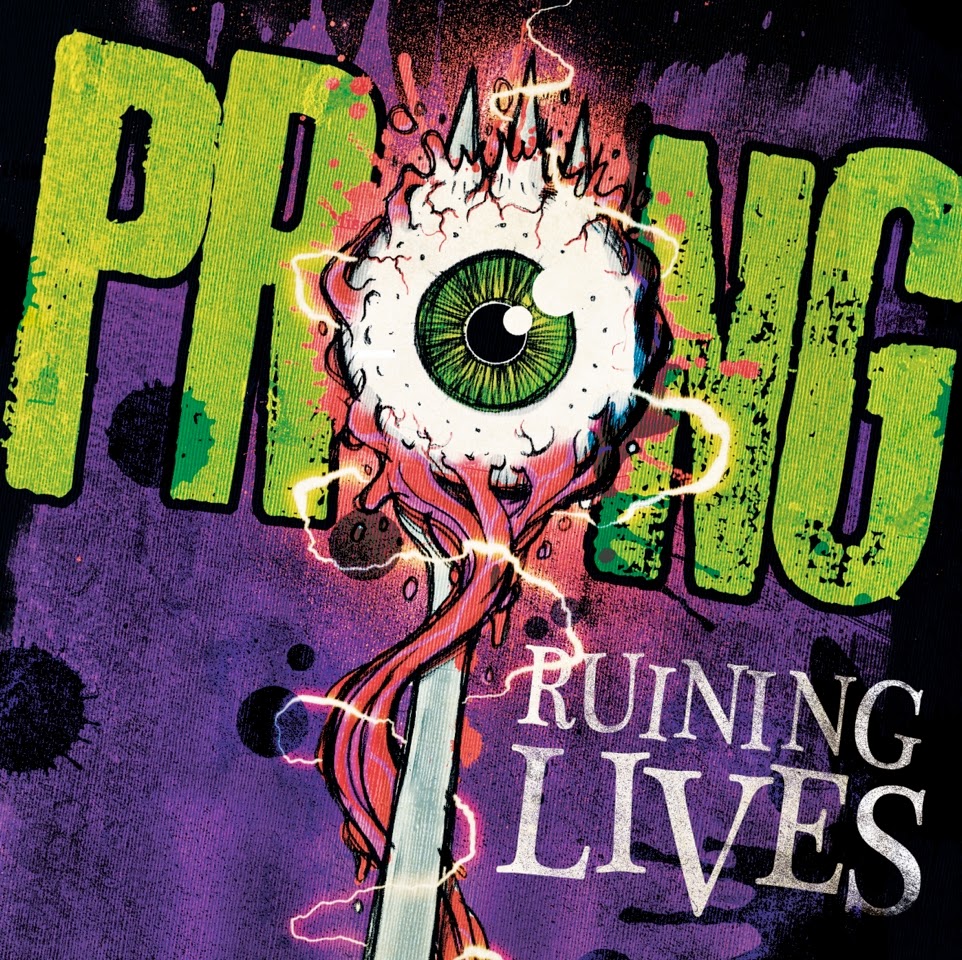 Welcome back Prong, welcome back! It's about time this mighty New York band returns in full swing the way they used to be. On stage they have kept the flag flying but the last three studio albums have left a lot to be desired. So much potential has been wasted the last eleven years. 'Carved In Stone' from 2012 is alright; 'Power Of The Damager' from 2009 is so-so while 2003's 'Scorpio Rising' is horrendous to say the least. So it was with trepidation I pressed play expecting disappointment to be honest. How wrong I was! Immediately I'm thrust into a state of euphoria and elation as sole original member Tommy Victor along with Tony Campos, bass guitar, and Alexei Rodriguez, drums, are doing what Prong is supposed to do..annihilate!

From the moment Turnover' emanates from my speakers until closer 'Limitations And Validations' rings out I am floored, absloutely mangled! The sheer brute force Prong unleashes knocks the breath out of me. And I love it because each listen lifts 'Ruining Lives' and in the process it brings back to life the Prong I once knew. It's vibrant, pulsing and so alive. My blood starts to pump and I can't stop bouncing off the walls as Tommy's  razor sharp riffs shreds through my already damaged head like a lazer beam.

Apart from sounding outstanding another remarkable feature is Tommy's voice. The bile and anger is back and he spits out his contempt with such conviction that I haven't heard from him in a long, long time. Our world is going to shits quickly which I am sure has been a huge inspiriation for him. Just listen to 'The Barricades', 'Windows Shut', 'Self Will Run Riot' and 'Limitations And Validations' and you know what I mean. If this doesn't make anyone fuel their frustration I don't know what. Regardless, we the people need Prong to stand on the barricades leading the masses against the forces of oppression and corruption.

Stand out tracks on 'Ruining Lives' are the title track, 'Turnover', Windows Shut', 'Absence Of Light', 'Self Will Run Riot' and 'Come To Realize'. They all pretty much represents this release. The common thread is brutally heavy music with buzzsaw guitars, extreme riffing and an earth shattering rhythm section, all mixed with trippy undertones. Think Prong at their very best merged with Slayer and Killing Joke, I guess that sums it up the best. Regardless, this album is fantastic whatever influences each one of us will hear.

I said it earlier but it is worth repeating...welcome back Prong! 'Ruining Lives' is a very strong contender for album of the year for me and not only that, it's my new go-to reference to let aggressions out. Get a good old punch bag, hang it from the ceiling and hit play. Let all your bad feelings once the music starts and that ball will be demolished once the album is over...that is a guarantee my friends! Awesome stuff!