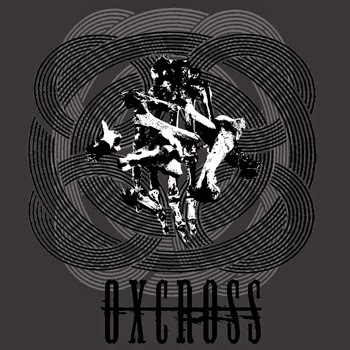 Oxcross is a very Heavy Doom/Stoner band from Salt Lake City. There latest Album Tree and Stone is a Loud and very melodic record that breaks the traditional Doom Formula. It reminds me of something found in the Savannah Ga area Like Baroness, Kylesa or Black tusk, But they are from Salt Lake City of all places. The Almost trance like Riffs accompanied by great layered Vocal patterns make this album very enjoyable from start to finish.

While mostly mid tempo I didn’t bore me at all. Some of the songs have a newer Mastodon vibe which is a good them. You can hear some of their influences in the music they play. They have made something that is completely their own. The album is full of big guitar Harmonies and even bigger Vocal harmonies.  The internet is both a blessing and a curse. On one hand I love hearing great bands like this, but at the same time I really want to see them live and without Label support I don’t know if I ever will.

To be honest I don’t think you kind of find a better album for $2. Do yourself a favor buy it you will not be disappointed. If you are to cheap to buy it steam it for free.  I love this record and have passed it a lot to several of my friends to check out.  This band deserves to be heard.  Take some time and enjoy some good music.

For fans of Baroness, Kylesa and Mastodon.