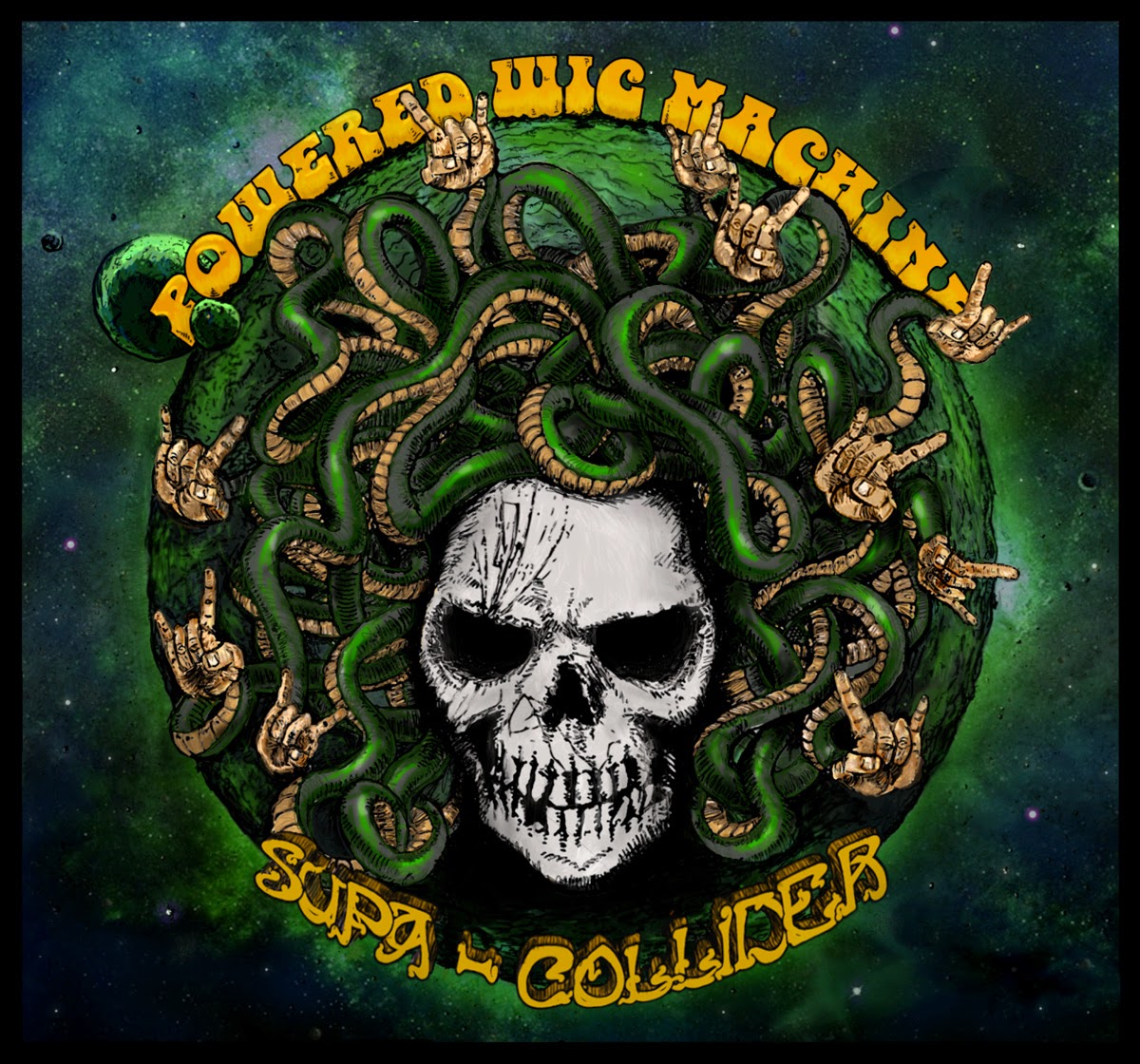 Do you like mudding? Do you know what mudding is? It's a redneck sport, really. Growing up in Oklahoma, it became a regular event in the spring (you know, when it used to rain here). The idea of the sport is simple. 1. Get a truck 2. Find a lot of mud 3. Combine 1&2.

The reason I mention it is that the first thing that struck me about Powered Wig Machine's new album, "Supa-Collider" is that it makes fantastic mudding music. Maybe that was just the state of mind I was in, maybe mudding is a little specific, but I could broaden it to this: Powered Wig Machine's new album, "Supa-Collider" makes fantastic music for outdoor summer activity. Fishing, Swimming, BBQ, Party's, you name it.

It has that cool, laid back punch and swagger that you look for in such music.

It's reminiscent of a Clutch record in its groove, the songs all groove. If you're a tone-freak, you'll love this album. Most of the songs have some really nice guitar and bass tones, I was struck by them so much that I actually asked the band what gear they used; turns out that a bit of the gear is handmade by Wayne, who also runs Zombie  Effects Lab. So, you know, check that out.

Favorite songs are always hard for me to pick out. "Here Come the Freaks" is, to me, the most obvious contender for a single on the album. It's catchy, for sure. But I think the album's title track really steals the show. It's just a damn good song in all respects.

This is all American blues rock. There's nothing fancy, nothing groundbreaking, but so what? It's a good album by a great band. It's just fun to listen to, and it makes superb head-bobbing music.