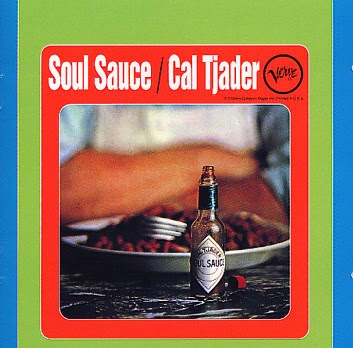 I made the mistake of joining my elementary school alumni facebook group.  The discussion threads fell in to four general categories: 1. Reconnect - the "whatever happened to?" question; 2. School-related events - the "how is the track?" "when are report cards due?" types of questions; 3.  Alumni Association administration and operation notifications; and 4. Nostalgia - the "remember when or this?" query.
I went to elementary school in Los Angeles in the mid-1960's. As I scrolled the posts I came across a picture of a Helm's Bakery truck.  The brain is a curious thing.  I could smell the scent of the fresh baked goods waft from the back of a utility truck.  All of the sudden I was nine years old playing ball in the street on a warm Spring day.  I could feel the sun on my skin and see the march of afternoon shadows as we played tag in the cul de sac.  The strangest thing was I could hear Cal Tjader performing his version of Dizzy Gillespie's "Soul Sauce" emanating from a radio buried in a neighbor's garage.
Why Cal Tjader? I don't know.  Something in the photo triggered a memory and the memory was of Cal Tjader and his music.  Some of you out there probably are saying "Who the hell is Cal Tjader?"  Well, let me tell you his story.
Callen Radcliffe Tjader, Jr.,  was an American vibraphonist that popularized Latin and Afro-Cuban jazz in the United States in the 1960's.  Interestingly, Tjader was born in 1925 in St. Louis, MO to Swedish touring vaudevillians.  When he was two years old his family settled in San Mateo, CA and opened a dance studio.    His mother taught him classical piano.  His father taught him to tap dance. He taught himself to play drums and won drum contests.
After a stint in the U.S. Army at the end of WWII, Tjader attended San Francisco State University where he met Dave Brubeck.  Brubeck introduced Tjader to Paul Desmond and other jazz luminaries.  Tjader and Brubeck ultimately formed the Dave Brubeck Trio which became a 1950's jazz fixture in San Francisco.
While playing with Brubeck Tjader taught himself to play the vibraphone. In the mid-1950's Tjader played congas and vibraphone for George Shearing and started to receive accolades for his work.  While working in New York he observed the titans of the latin and afro jazz - Mongo Santamaria, Machito and Chico O'Farrill.  Tjader was seemingly inspired as he promptly formed his own band and cut a series of straight-ahead and latin jazz albums.
However, it wasn't until the mid-1960's, and a change in record label to Verve, that the true genius of Cal Tjader would be on prominent display.  In 1964 (released in 1965) Tjader cut the album Soul Sauce, a mixture of mambo, samba, bolero and boogaloo on which he is accompanied by, among others, Kenny Burrell on guitar and Donald Byrd on trumpet.  Tjader thusproduced the definitive version of Dizzy Gillespie's composition "Soul Sauce " and sprinkled the album with experimental treatments of old standards.  The 1994 CD reissue also contains additional bonus studio cuts and a rough cut treatment of "Soul Sauce."  Here is the Track Listing, with the bonus CD reissue material noted, courtesy of Wikipedia:
The album opened my musical world to intoxicating rhythm with rapid fire keys and mallets. It is a classic cross-over jazz work of Latino, African and Cuban rhythms. It surprisingly is the work of a man of Swedish heritage with no relationship to the cultures that gave rise to the musical forms he plays.  Some would say Cal stands head and shoulders above most all who have ever banged a conga drum or struck the vibes.  Tjader died of a heart attack in 1982 while on tour.
I turned off the tablet and picked through my record collection, found Cal Tjader's Soul Sauce and put it on.  The album holds up tremendously well even though it is fifty years old.  It sounds as if it could just as well have been made yesterday.  Funny though, every time I play it I have a craving for a sticky bun.
- Old School