A Ripple Conversation with Robert Majd of Captain Black Beard 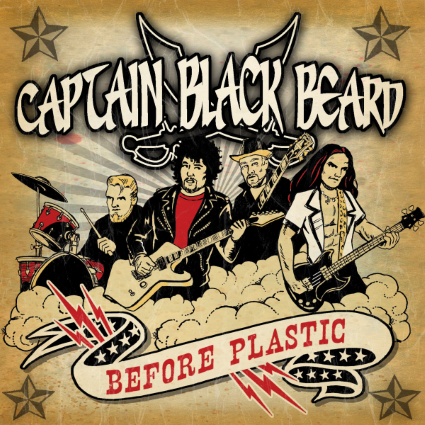 Gotta be honest, I'd never head of Captain Black Beard before they wrote me.  But I may have been the only one.  The good captain's new album "Before Plastic"  features high-energy melodic kick-ass rock with guest appearances by Bruce Kulick (ex-KISS) among others.. Their newest album will be released on May 23rd on Dead End Exit Records. The band was featured heavily in the latest issue of Sweden Rock Magazine:

"Ill-mannered and charming hitseeking rock like it was made by KISS, Billy Idol and Pat Benatar - together and in their prime."-- SWEDEN ROCK MAGAZINE (rating 8/10)  Even the famous Geoff Barton (Classic Rock Magazine) chimed in on the band, naming their first album one of the best of 2012!

So let's check in with Robert Jajd of the band and see what makes them tick.


When I was a kid, growing up in a house with Cat Stevens, Neil Diamond, and Simon and Garfunkel, the first time I ever heard Kiss's "Detroit Rock City," it was a moment of musical epiphany. It was just so vicious, aggressive and mean. It changed the way I listened to music. I've had a few minor epiphany's since then, when you come across a band that just brings something new and revolutionary to your ears.

I saw a KISS cover band doing "I Love It Loud" on Swedish TV in 1995 and was blown away. After that I was a full on KISS-fan. Later when I went  to my first concert ever to see KISS in 96 I was even more hooked!

Usually it's the riff. At least for me. Then I try to make a song out of it. Me and Zakk usually puts the songs together and it differs how we do it. Sometimes he has a lyric that we try to write music to. Anyway that get's the work done is good I guess.

I like so many different bands and there are so much good music out there! It really isn't that hard to get inspired if you just look for it. Some bands that I enjoy are The Beatles, 220 Volt, The Yardbirds, Aerosmith, Rainbow and of course... KISS.

We're from Stockholm and I'm not really sure how that might shine through in our music.  We have yet to write a song about meat balls but that would be a give away, wouldn't it? 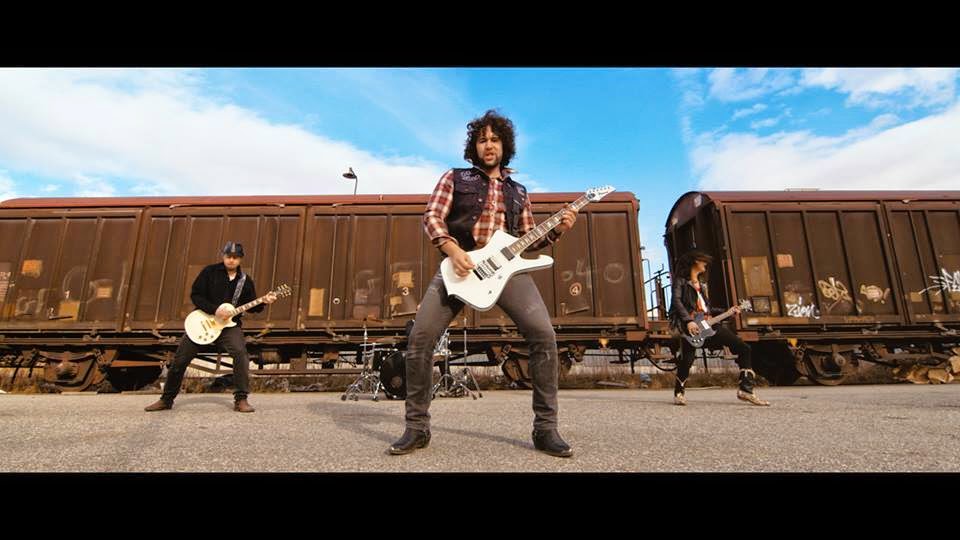 I don't really know. Zack and our previous guitar player came up with it I think.

Captain Black Beard's "Bad Girl" because it's a great song with a great video!

Fun. We want to have more fun than any other band and we want our audience to be part of it too.

We've filled the stage with too much smoke so that we weren't even visible to the audience, our limo got lost driving to a gig in Brooklyn, we had a power failure on stage that sounded like an explosion in the PA and scared the shit out of us...

I love playing live. Getting the energy out there and also feeding off the energy from the audience. Our show is like a great party!

A memorable melody or riff and a lyric that makes sense.

I'd just joined my first band in 2002. So I tried writing a song. I called it "Little Death" and thought it was actually pretty good.

I like "Aiming For Love". I was on sick leave recovering from surgery and feeling pretty beat up. When I managed to write the song I felt a little better.


Who today, writes great songs? Who just kicks your ass? Why?

I think Nicke Andersson in Imperial State Electric who used to be in The Hellacopters, he just always  comes up with great material! Mats Karlsson who play on our new album writes great stuff with his two bands 220 Volt and The Summit.

Beer and lots of it! Beer need not to be defended. It just tastes better.

If you're in Stockholm go to St. Eriksplan and there's plenty of cool record stores.

We're gearing up for our release party on May 28th and then we're planning another visit to the UK.

Keep on rockin' and buy our new album "Before Plastic", out on May 23rd via Dead End Exit Records. It's a great melodic kick-ass rock album that features guest appearances by Bruce Kulick (ex-KISS) among others.

Don't forget to rock our video for "Somebody" too: