Weapon UK – Rising from the Ashes 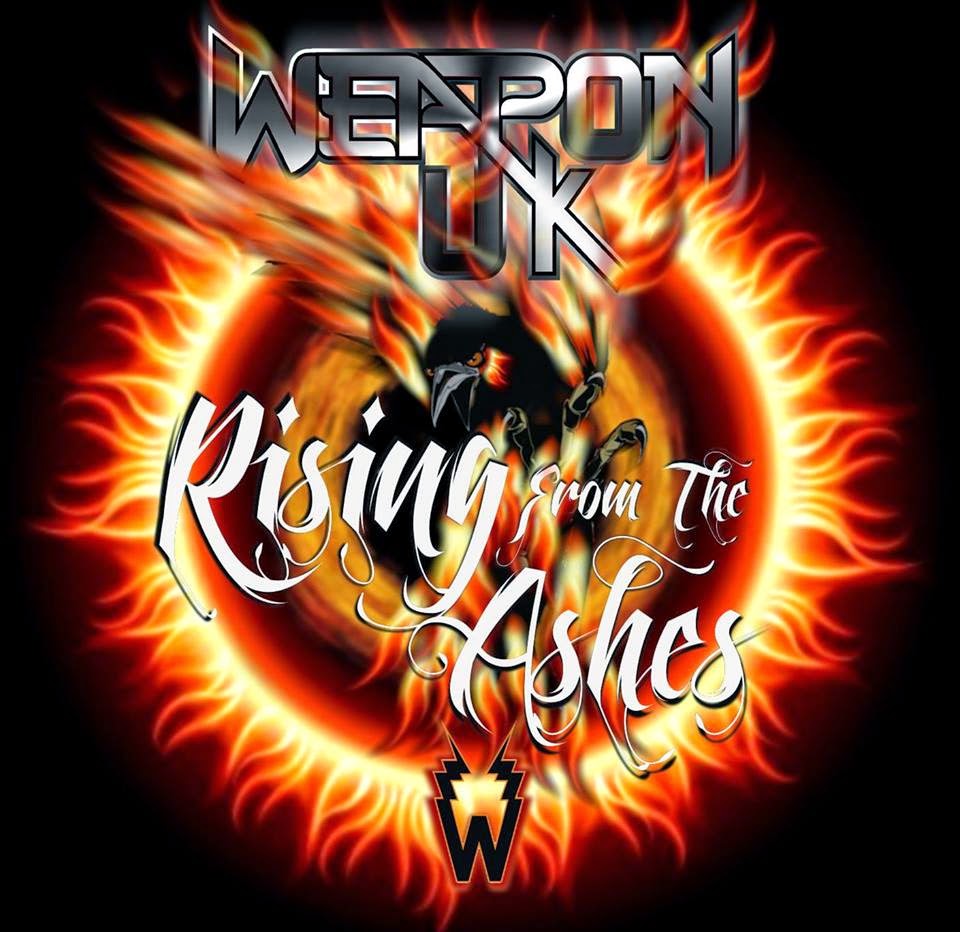 If ever there was an apt title for a “comeback CD” the new album by British Metallers Weapon UK hit the nail on the head.  Through legal battles (over the name – hence the UK qualifier), inner band turmoil, and various other detriments the band have released their first “proper” full length album .  (Weapon UK had recorded several tracks for an album "Set The Stage Alight" which weren't released until October 2003  by Zoom Club Records.)

The band released the singles “Ready 4 U” and “SwedenRock” awhile ago, the latter of which made it's way on the CD as “Blood Soaked Rock” (SwedenRock being a promo for the bands appearance at the festival).  I was really impressed with those tracks and eagerly awaited the full release.

The album starts off with the instrumental “Prelude – the Awakening” which actually does sound like a huge mythical creature arising from a long period of slumber.  This segues nicely into the track “Ride the Mariah” - and no it isn't about a romp with a certain R & B singer!  :)  Heavy crunchy guitars courtesy of Jeff Summers drive this track about rebirth and redemption.

“Fountain of Paradise” is next and right off the bat the opening riff reminds me of Y & T (this is a good thing!) Vocalist Danny Hynes really flexes his muscles on this track – no auto-tuner here people!!!  Nice bass fills courtesy P.J. Phillips .

The next track “Warrior” is a groove-heavy melodic blast.  Drummer Ian Sweeting pounds the hell out of his kit here (actually all the way through)

Next up is “Ready 4 U” - a bit beefed up from the version the  band released previously.  Upbeat and rocking, it's a perfect  modern track from a band who may feel they have to prove they're not stuck in the past.

“Burning Skies” starts out with an almost thrashy guitar riff and incredible double bass pounding from Ian.  I have to say the backing vocals by Jeff and PJ are on point throughout the album -not overdone at all.

“Alamein” a mellow track (named after a town in Northern Egypt) is about the future of the planet, the destruction of the rainforests, and humans in general – deep, right?

The mood is lifted by the next track, “Wonderland” with a riff that I guarantee will be stuck in your head for days along with the catchy chorus.

“Blood Soaked Rock” is next and is, for me, the highlight of the album.  The lyrics are about the intensity of playing a live gig and feeding off the energy of the crowd.

“Bad Reputation” is another slower, groov-y track with a very catchy chorus. This is the type of song the 80's hair metal bands wish they were talented enough to have written!

“Celebration Time” is the last “official” track on the album.  It's up-beat and positive, as is the overall theme of the album.

“Killer Instinct” is the only track on the album featuring the original line up of Hynes, Summers, bass player Baz Downes and drummer Bruce Bisland (the song only previously available as a demo only). The re-working does not sound out of place among the newer tracks – and it certainly doesn’t sound like a song written 30 years ago

It's always a crap-shoot when bands for the 80's reform and put out new material.  Sometimes it does sound dated like the band wants to stick with their tried-and true sound  Then there's the case with albums like “Rising from the Ashes” where the band sounds modern and fresh while still maintaining their sense of classic style.  Highly recommended!

Find the band online at: http://www.weapon-uk.com/
and on Facebook: https://www.facebook.com/Weapon.UK