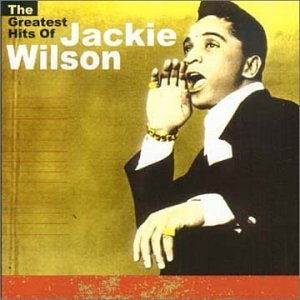 It's better to burn out than fade away
My, My, Hey, Hey
- Neil Young

While not the focus of this infamous 1979 Neil Young lyric that Kurt Cobain quoted in his suicide note, the lyric effectively describes the life of Jackie Wilson, "Mr. Excitement."
Jackie Wilson was ground zero for turning rhythm and blues into soul music.  Wilson dropped out of school and became a father at the age of 17.  It was rumored that at the time of his marriage he had at least 10 illegitimate children.  He became a boxer to pay the bills, but, eventually abandoned professional pugulism for music and was discovered by legend Johnny Otis.  He sang with jazz greats, such as Dizzy Gillespie, on the Dee Gee Record label under the name Sonny Wilson. After playing with a variety of jazz and rhythm and blues groups, in 1957, at the ripe old age of 23, Wilson embarked on a solo career and signed with Brunswick Records.
As a solo act Wilson immediately scored with a few songs that did reasonably well on the charts, some of which later would become international blockbusters and the foundation of soul music.  He was the first to record a number of R&B songs that became standards - "Reet Petite," "To Be Loved", "I'm Wanderin'", "We Have Love", "That's Why (I Love You So)", "I'll Be Satisfied" and his late-1958 signature song, "Lonely Teardrops", all written by the team of Berry Gordy, Jr. and Roquel "Billy" Davis.
His fevered onstage antics were the inspiration for, and model used by, Elvis Presley, James Brown and Michael Jackson in their live performances. Wilson would drop to one knee, do the splits, spin, slide, toss his tie and coat off the stage and shuffle through basic boxing moves.  He would invite the less attractive girls in the audience to come up and kiss him.
In 1960, Wilson left Brunswick due to royalty disputes and moved to Chess Records with Gordy.  Gordy used the royalties from Wilson's Chess hits "Doggin' Around",  "Night", "Baby Workout", "No Pity (In The Naked City)," "I'm So Lonely," "Alone At Last" and "My Empty Arms" to start Motown Records.  A year after he moved to Chess Wilson was shot by his girlfriend when she discovered he was unfaithful. He lost a kidney and the bullet couldn't be extracted because it was too close to his spine.  Concurrently, the IRS began to cease Wilson's property for back taxes.
Wilson's career began to sputter.  Except for a mild album with Count Basie in 1963, between 1962 and 1965 Wilson released a string of unsuccessful recordings and appeared to be a washed up has been by the time he was 30.
Wilson's career was reinvigorated in 1966  and 1967 with "Whispers (Gettin' Louder)," "(Your Love Keeps Lifting Me) Higher and Higher" and "I Get the Sweetest Feeling."  Along with reinvigoration of his career came a return to Wilson's "wild ways."  In March 1967, Wilson and his drummer were arrested in South Carolina on "morals charges" for entertaining two 24-year-old white women in their motel room.  Wilson's final hit, "You Got Me Walkin', " was released in 1972.
On September 29, 1975, Wilson was on Dick Clark's Good Ol' Rock and Roll Revue when, in the middle of singing "Lonely Teardrops," he suffered a heart attack and collapsed on stage. The band and audience thought it was part of the act until it was noticed Wilson was not breathing. Although momentarily revived, lack of oxygen to his brain caused him to slip into a coma.  Jackie Wilson died on January 21, 1984, at the age of 49.
While Wilson's career may have been short and tumultuous, he left this world with an unmatched legacy.  If James Brown was the Godfather of Soul, Wilson was the Father (Elvis anointed him "The Black Elvis" and his audiences called him "Mr. Soul.").  The 1999 Brunswick release of The Greatest Hits Of Jackie Wilson is a must have addition to any rock and soul record collection.  It includes the original recordings of 16 of his charted singles. The tracks are pristine, well-mastered and the performances masterful.  The passion in Wilson's voice, the angst, the wildness, are all well displayed. You won't hear a more emotional singer, with such beauty, rhythm, or soul, anywhere.
Legend has it Wilson's heart attack struck as he sang the lyric "My heart is crying."  After those words were uddered it was the music world that shed lonely teardrops.  Mr. Excitement had become Mr. Soul.
- Old School
Posted by The Ripple Effect at 12:30 AM