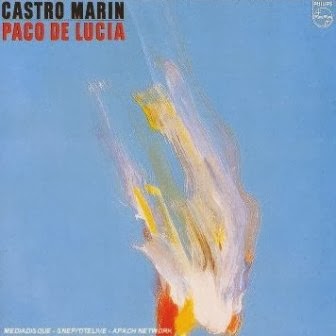 It was 1981.  I got off the last train from Paris with my backpack and now sweltered in the stifling heat and humidity of summertime Madrid.  Thermal waves rose above superheated sidewalks and melted soft asphalt.  I immediately headed for the Muncipal pool.

The pool was full of kids. Every blade of grass, table, chair and square inch of pool deck was covered by humanity in various stages of undress.  The noise was deafening.  Excited children chattered away in water play.  Men loudly joked, smoked, drank, ate and played Parchis. Radios blared Spanish rock.  I decided to have a cigarette and re-think whether I should pay the few pesetas it would cost to enter.

I sat on a wall under a massive oak tree across the small plaza from the Municipal pool ticket booth.  I pulled out a Marlboro but could not locate a match.  My Spanish sucked and, for the life of me, I could not remember the Spanish word for match.  As families walked by toward the pool I asked them for a light.  They looked at me as if I was insane, grabbed their children's hands and hurried on their way.

My attention was drawn to two figures with guitars in the shade of a nearby exterior alcove on the camino leading to the plaza.  Neither were playing their instruments. One of them was smoking and both of them were watching me. They were beyond amused; they laughed hysterically, pointed at me and slapped their legs.  I walked over to them and asked "¿Tienes la luz?"  Tears of laughter streamed down their cheeks.  The smoker stopped laughing long enough to peg me. "You're an American?" he said with a Boston accent, and I nodded as he handed me a pack of matches.  He said, "Keep them, but please stop asking everyone for a light bulb", and again broke into laughter.

As we settled into conversation I was able to determine that Patrick, the smoker, was from Waltham, Mass. and was visiting his Spanish cousin, Francisco, for the summer.  I asked about the guitars and was told they were both trying to learn to play flamenco music.  Behind Francisco was an extremely beat up portable record player.  It was a large box, speaker built into the side, with four industrial latches so the tan top, cut at an angle, attached to the brown bottom that housed the speaker and turntable.  Next to it sat an album cover and on the platter sat the album.  I asked what it was they were listening to?  Patrick relied, "The new Paco de Lucia album 'Castro Marin.'"  I had never heard of him or of the album.  I asked whether it was flamenco music.  The cousins looked at each other, then at me, and responded in unison, "sort of."  I asked to hear it and they started the turntable. I was quickly transported to a place I had never been, and heard mastery of a guitar style I had never heard.

Castro Marin is a monster studio album.  The entire effort was recorded by three guitarists and a bassist, a formula de Lucia would use for many of his most successful recordings. It also marks his first studio release accompanied by John McLaughlin, who joined de Lucia and Al Di Meola to produce some of the most inspired progressive guitar jazz of the 20th Century.  On Castro Marin you will not find Al Di Meola.  However, you will hear a fourth guitar master, Larry Coryell.  The bassist is also a master.  It is Carles Benavent who, in addition to playing with de Lucia, accompanied Chick Correa and Miles Davis.

What you hear is, and what I heard was, perfection.  It is a fusion of jazz and flamenco that, at the time, paved the way for future greatness, deserved adulation and musical imitation.  It helped to change the guitar jazz world. The album and CD are out of print so, if you find a copy, it should be treasured as a lost classic.

As I sat with Patrick and Francisco in the shade of a Madrid alcove and contemplated the treble heavy rendering of the album through the well-worn portable phonograph, the oppressive heat faded into the background.  I had arrived in Spain and Spain had arrived in me.

On Wednesday, February 26, 2014, I awoke to learn that, at 66 years old, Paco de Lucia had died of a heart attack while on vacation in Mexico with his children.  The world will miss the flamenco guitar master, but, with albums and a legacy such as his, he will not soon be forgotten.

Listening to this wonderful music as I write. After decades of intently listening to albums with Paco, John McLaughlin and Al DiMeola, I discovered Casro Marin! What a thrill. The music is indeed a treasure.