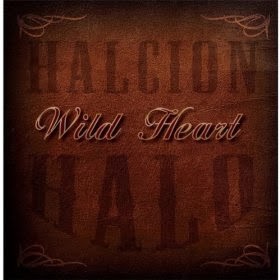 I promised myself I wouldn't let it happen again.  I wasn't going to give my heart to an album and let it just have its way with me.  Music can be fickle.  You love it, and it seems to love you back for a while, but in the end its just music.  It can't love you back, it's just the illusion.  And then I heard this album and god damn if it isn't starting up all over again.

Being that Halcion Halo and I live in the same town, I went to a very cool event they did, where they played the album live, in running order, with breaks every couple songs to talk about the music, the band, etc.  Kind of like the old Storytellers show on MTV, except this was with good music.  And then the album came out, and I put a copy in my CD changer in the car, and it hasn't left since.  Yeah, its that good.

What does it sound like? Well, this is rock and fucking roll, and its rarely played like this anymore.  It's heavy, there's a little grungey flavor to it, it's definitely got a back beat.  There's a darkness that dances around the edges, it flickers and shimmies around these songs but never takes over completely.  And frontman Jenson Charnell?  Dude can write some songs.  They remind me a lot of Nirvana, not at all in the way they sound, or the way he sounds when he sings, but he manages that trick that Kurt Cobain had of writing a riff that sounds deceptively simple, and just builds the song around that riff, over and over again.  Same thing with lyrics, sometimes just the same phrase over and over again, but it never sounds dull or repetitive.  It's a rare talent and this man has it.

The songs are all really, really good, but the title track, “Wild Heart”, owns me.  Its like that box in the Hellraiser movies that opens up and the hooks come out and sink into your flesh.  That's this song.  When Jenson sings the line “Take it off baby”, it isn't exactly lecherous, and it isn't exactly a command, but there is no doubt at all that she will definitely take it off and things will, shall we say, take place.  The song is great, the vocal delivery is perfect and it just kicks ass.  My other favorites are “Box Of Chocolates” and “Put You Down”, but every song here is worth listening to multiple times.

I mentioned Jenson Charnell on vocals and guitar.  There's also Eric Morlen on bass and Ira Garrett on drums.  These two gentlemen lay it down, and as a rhythm section they are so locked in that it seems they must eat, sleep and breathe these songs.  They are both very proficient at what they do.  And when all 3 members lock in, as they do on every single song, the results are fantastic.  With the music industry what it is today, when every band sounds like every other band and everyone is just looking for a trend to jump on, Halcion Halo stands out, big time.  They are unique, they have their own sound, and they are badass.  Find this album on any of the digital outlets, turn it up and enjoy.  You're welcome.