The Single Life - 7" of Fun; featuring Lawnmower, Control Group, The Street Dogs, and the Jons

Lot's of punk singles have been coming into Ripple HQ recently, slumped in by our fearless mailman Sal.  So let's dig in, shall we? 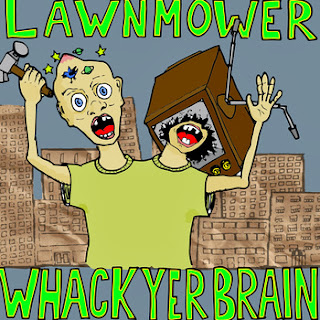 4 songs here of post-Weezer/Husker Du alt-punk bringing back some of the halcyon days of the peak 90's.   The brainchild of Travis Bravender, Lawnmower specialize in the indie-rock resurrected sounds of that bygone decade.  Strong song writing, a touch of grunge, a touch of pop, a bit of punk--that's just about sums it up, for a band that probably cut it's teeth on a steady diet of Nirvana, Weezer and maybe even Superchunk.

Four catchy cuts of big guitars and big hooks.  If you long for those lost days, check them out. 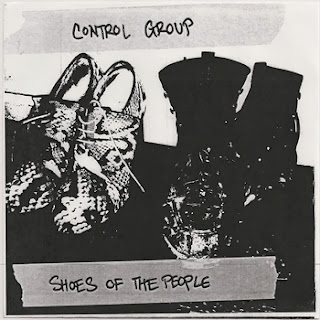 Control Group - Shoes of the People b/w Leave it Alone

This one was a total surprise.  About as DIY as it gets, with hand numbered, photocopied paper cover and blank labels.  I obviously had no idea what to expect, but one spin of Shoes of the People and I was hooked.  Control Group is a new rock combo made up of three lead singers: Darren Korb, Jeremy Parker, and Evan Reynolds. The band’s sound is a combination of nostalgic guitar punk, DIY indie rock, and 90s pop. Imagine early Dinosaur Jr crossed with Foo Fighters with a bit of The Smiths thrown in.

But that doesn't quite sum it up.  This is two slices of catchy as hell, indie-pop-punk with big grooves and massive hooks.  Yeah, it reminds me of so many artists I can't even name em all, but it doesn't sound like any of them.  Simply a gem from the underground.  Check em out. 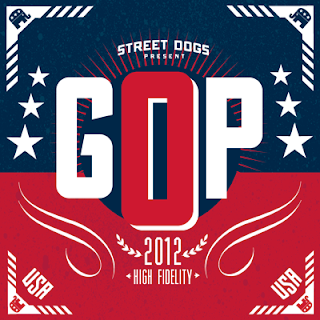 Street Dogs - GOP b/w Not Without a Purpose (Live)

More Street Dogs!  Heaven.  And it's not even Christmas yet.

Yes, The Street Dogs come raving back with a scathing attack of quality Oi!.  With a song titled "GOP" you better expect the Street Dogs to deliver a verbal onslaught against America's Republican party, and the boys don't let us down.  With it's verbal barb of a chorus, "GOP, GOP, GOP, GOP, You're full of Shit! Shit, shit, shit!" you get everything you'd hoped from the boys.  Charging blitzkreig of political punk.   Originally written and recorded as "GLC" by Menace in 1978, the lads have made this one their own.

Originally released as 20,000 flexi postcards hand distributed by fans and friends to Republican events across all 50 states, this scathing musical criticism of the American right shows the timeless nature of a good punk rock song and the Street Dogs wear their passion on their sleeves.

Side B features a devastating live performance of "Not Without a Purpose" showcasing all the energy and bile that make the Street Dogs famous.  They really are the top of the genre and a true American treasure. 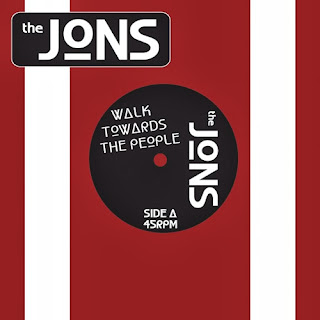 The JONS formed at the start of 2009 and by all accounts have been riding a wave of successful gigs and gaining fans all over their home area of Essex. Their blend of Indie, Punk, Ska and was voted “best new band” by the people of Essex.  What it all translates to is a catchy-as-hell blend of aggit pop, kind of reminding me of the long lost Woodentops mixed with The Libertines.  Punky, poppy.  Catchy.

"Walk with the People" is the real charmer here with it's agitated, angular, percussive attack.  Simply a classy pop song.  B-side "Grass on the Wicket" is a charmer also.  Look for more to come from these guys.