Rocket and the Ghost – S/T EP 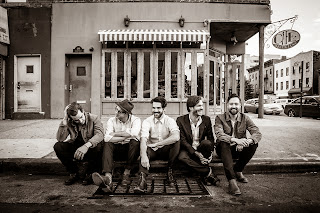 Brooklyn based Rocket and the Ghost describe themselves as having all the elements of a rock and roll band according to their bio however after listening to their self titled EP, I think they may have been a little too quick to pigeonhole themselves.  Reading their bio I was partly expecting a fuzz driven rock and roll assault, the reality was somewhat different, and certainly not in a bad way.

Let’s get it straight, these guys have all the ingredients of your typical ten a penny hipster band but there’s something a little more unique about them.  Rocket and the Ghost are sunshine.  Pure and simple.  Uplifting jams and stunning vocals, these guys are sprinkling a little bit of sensitivity and soul back into the world of alternative rock and indie.

A particular stand out track for me is “Howling”.  If Thunderclap Newman had decided to have more than one hit (ten points if you can get it without googling), and jammed with Radiohead, you’re probably getting close to the sound of Rocket and the Ghost, this track particularly.

Also, KEYBOARDS!  There is absolutely nothing wrong with a healthy bit of keyboard action to go along with your riffs folks, something Rocket and the Ghost have picked up on and it’s lovely to see.  Bringing back the glory days of bands such as The Hollies and mixing a fresh, almost Nashville sound, their jams are infectious and you can’t help but bop along.

This is an outstanding debut and I’ve a funny feeling we’ll be hearing quite a lot more of from these guys.  I’m really excited about listening to a full album’s worth of tracks after this nice little morsel of an EP.
Check out the track Goodbye…