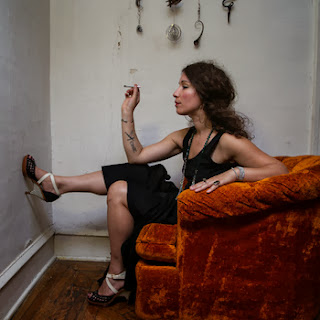 Wow!  Where'd this come from?  Self-described as "a cult rock outfit of foolish young gypsies" Haggard unleash a feast for the ears of heavy psych-vibed out heavy rock.  I'm not always a fan of female vocals in heavy rock (chauvinistic, I know) but Kerrin is simply a scene stealer here.  Her ethereal crone coming across like a stoner rock version of Siouxie Siouxx.  Tony and Chains envelope her undulating voice with alternating passages of acrid-smoke lovliness and hell-bent heaviness.  Overall, it's like some mutated heavy stoner version of the Cocteau Twins, and that's saying a lot!

The perfect combination of crushing doomy heaviness and stoned out psychedelic bliss.  I've seen no buzz about this one on the heavy sites and haven't even been able to find a review about it, but damn, don't be surprised if this doesn't make my Year-End Top Ten list. 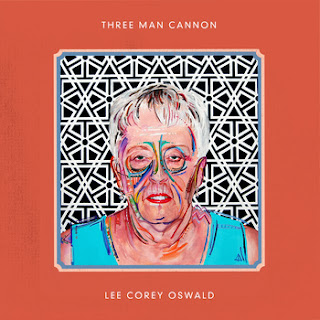 I like split LP's because you never know what you're gonna get.  Both sides here are purveyors of modern (emo-edged) punk and both bands have been lurking around the underground for awhile now.  Three Man Cannon get the better of the battle for me, because the vocals are a tad more expressive and less nasal, and their indie take on basement punk has a nice thread of Americana running through it.   However, I gotta say, I dig the chugging guitar work on Lee Corey Oswald, and these dudes know how to write a song.

Even though this brand of punk isn't really my thing, even I can tell that both bands should be rising quickly through the ranks of pop punk/emo.  Tight songwriting and catchy hooks seem destined for the big time. 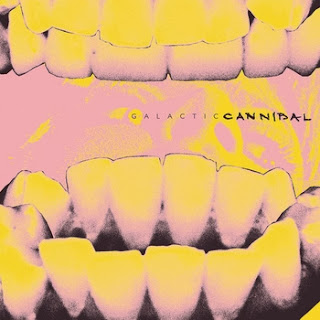 This is a bit more up my alley.  Straight ahead punk, snotty and growly and full of vitriol.  Bombastic hardcore without being to screamy or shouty, simply raging with pissed of bile.  Full on charging rhinocerous of thundering guitars, sneering vocals, adrenaline, bathtub meth, back-alley grime, and vomit.  Reminds me of the classic emerging hard core punk from the UK back in the day, like the Subhumans.  "Up Against the Wall," maybe simply the best punk anthem I've heard all year.

Everything you'd expect from an album titled "We're All Fucked" and done exceptionally well.

This one's a keeper. 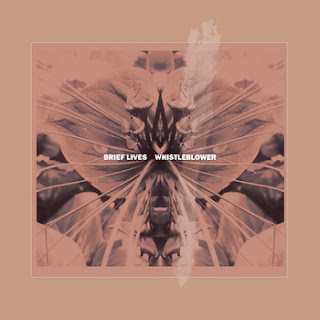 This one was a grower for me.  It's described as 2 tracks of "angular-yet-melodic blast of DC-inspired punk rock."But that doesn't seem to sum it up for me. There's a ton going on here in these two cuts, and really, they come across as a cool blend of Quicksand-metal with a touch of grunge, a punky attitude and even a bit of shoegaze. There's a touch of Fugazi, some hints towards Henry Rollins band.  There's huge slicing guitars, angular riffs, dynamic time changes, mood shifts.  Like  I said, there's a ton going on here.   Both songs aren't afraid to drop it down to very cool mid-song breakdowns that only serve to elevate the songs.