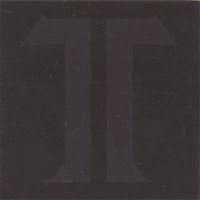 
Traveling to the local liquor store nowadays and you are instantly flooded by "new" home brewed concoctions and specialty beers from around the world. Sometimes the flavor of the week is popular and everyone tells you it's the "one" to try. But more likely than not you make your way to the same tried and true taste of Budweiser. Its creators have remained loyal to taste and you have remained loyal to their flavor and style.

Train of Thought is a New England band that has remained loyal and true to its style and their fans.

They are consistent in their sound and deliver every time. Power and precision meet raw energy. They love what they do. You can hear it and you can feel it. Every song is well crafted and home brewed excellence. They rise to the top of the local metal scene and are accessible to all who dare to get close.

"Change" is a thunderous charge across the battlefield. This song is like a panzer tank tearing across the trenches. Pure power and some incredible vocals.

"Today". My favorite on the disc. Great tune. Perfect blending of the vocals with the energy driven instruments. Bands like "A Perfect Circle", " Tool", "Machine Head", come to my mind as I listen. But this is a sound creatively unique to this group. They are on fire with this song. Catchy.
"Boo Hiss" Here the band slides into a groove unlike any other. The vocals and that damn cool bass line. These guys are a well oiled machine and this song is proof. Pounding and hypnotic metal. tight. Drums are insane on this one. Then we groove into a Sabbath/Metallica  type of change. Solo is perfectly timed and the emotion is there.

"So You Think". Full on progressive thrash/hard rock sound on this one. Modern metal without the rap influence. This is real. The guitar work is what I liked the most about this one. also this song has that "New England" metal vibe to it. Intensity. Integrity. Insanity. It's all here.

My four song intro to these guys is over too soon. Disappointment, like when you reach for the last beer in the fridge and there is none. Lucky there is more music to come and these guys are always playing live in a local Rhode Island club. Do your ears a favor and buy this album. Then piss your neighbors off while you play it at an extremely loud volume while drinking beer on your front lawn until you pass out. Metal in its purest and rawest form...doesn't get any better than this.

Check out their previous album" Half Empty Independence" as well.