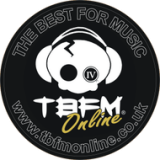 If you're digging what we do at Ripple, then please do us a favor.  Ripple Music (our record label) has been nominated by TBFM -- heavy rock radio in UK.-- for several Best of Industry Awards.

So, please pop over to the link below and vote for us.


We have our end of year awards show on 29th December 2013 live on air (5-7pm UK time). There is still time to get votes in as the voting closes on 26th December at 6pm UK time. So check out http://www.thebestformusic.com and support the bands and companies on the shortlist. 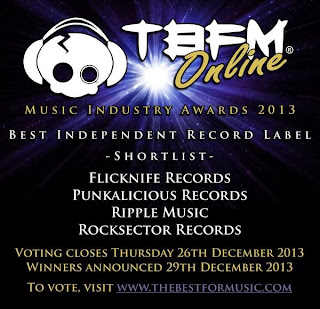 Posted by The Ripple Effect at 8:37 AM