Jess and the Ancient Ones - S/T 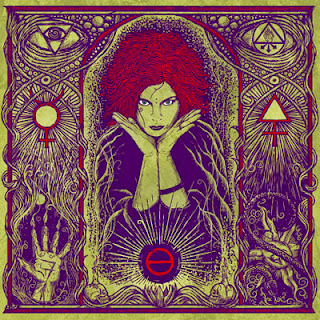 I'm not a fan of female singers, at least not in a rock situation. Not usually. I don't know why. Don't ask. Maybe it's some kind of weird, homoerotic suppressed desire, but I doubt it. Jess and the Ancient Ones is not your typical rock band though.

Their self titled album is a rip-trip through an occult world of D&D-esque imagery, and clean (I would call it almost 80s/psych) cutting riffs.

They have a unique approach to whatever genre they belong to. The tunes have a really straight forward, almost poppy feel, and the vocals help with that. The songwriting is complex, though. It's upbeat, interesting, and fresh feeling.

Stylisticly, there are a lot of things going on. It's certainly influenced by the 60s psych movement, but I can hear shades of Blonde Redhead, 80s synth-pop, newer stoner rock, and a hefty helping of folk music (traditional AND rock).

The vocalist does a great job at driving the songs, which is something I don't usually say about female fronted songs.

The guitar tones are great. The keyboard is perfect. The rhythm section kills things.

The longer songs on the album (Sulfer Giants is the longest, at 12:01) showcase the band's ability to write progressively. You will hear no endless repetitions about god being dead, not here.

In my opinion, listen to this album on a cool autumn night, while driving with the windows down, with a light fog hanging on the ground. That's what this makes me feel like.