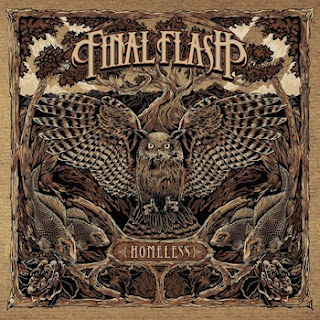 A couple of things written about this band:

“They add a fine mist of melancholy melodies atop the hypnotic guitars, aren’t afraid to throw in sitar or take things folkier, and go for ’verbed-out production that’s equally commercial radio, psych rock and shoegaze. Spin the album once and by the second go around you’ll catch yourself thinking you’re listening to a classic.”
Now Magazine"

"Much better were Montreal’s Final Flash, a sixties psychedelia obsessed five piece who bash out folky rock n roll on a stage made out to look like Mr Tumnus’ LCD trip. It’s the best use a cherry red double-neck Gibson since Jimmy Page defined a generation with his.”
Dai’s Great Escape Overview | The Dirty South"


They get my full endorsement. I thought the music was well written and performed.
it's a nice break from the heavy stuff I normally listen to.