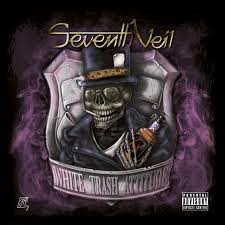 When was the last time you heard good Arena rock? Queen's "We Will Rock You?"  Journey's "Don't Stop Believing?"  Aerosmith's "Walk This Way?"  Yeah, I know, a very long time ago.  Arena rock has become the commercial equivalent of a deep fried Snickers bar - sounds like it will be awesome, but ends up as a goopy, sloppy mess with a sugar high and adrenaline rush that just make you want find a place to wash up. A steady diet of the genre will kill you.  It is excessively excessive and self-indulgent.   I think that is why there simply are not that many new or decent Arena rock bands - beside the fact that, today (as opposed to the 1980's), few bands play arena shows.

At its inception Arena rock was basically music performed by bands in large venues that had the audience in unison yelling, screaming, singing, and/or fist-pumping.  It wasn't a genre.  It was a response to the mega-shows.  Bands came up with music and ways to involve 100,000 in their live performances.  Arena rock became rare when the giant multi-day mega-concert became rare. However, with that much recognition, the sound found its place in corporate jingles and promotions.  Why?  Because listeners associated good times with arena rock music and the corporations hoped that those good feelings would transfer to their brand.

In what sounds like an attempt to regain Arena rock from its commercial corporate masters comes the band Seventh Veil with its album "White Trash Attitude."  The release is full of fist-pumping, power chords, screaming lead guitar, power vocals, power bottom and power drums - melodic hard rock perfect for a Coliseum show.  The band hails from Verona, Italy so its Coliseum show would be rather historic and illegal.  Seventh Veil's mission commenced with a blessing.  The band's name was whimsically chosen by Nikki Sixx.  The Seventh Veil that appears on "White Trash Attitude" is comprised of former members of LastRide, Easy Trigger and Padova.

Start this album from the beginning track "Attitude," which is not a song at all.  Rather, it is coliloquy that explains the "White Trash Attitude."  The remaining nine tracks will have you turning it up, rockin', and getting your party on.  It is the kind of album that keeps a party going and, in the car, the pedal to the metal.  Check it out.  I bet before the final track "L.A.Dream" ends you will find you have a headache from continually shaking your head to the beat of the music.