Metal Mind to Release Back Catalog on Vinyl 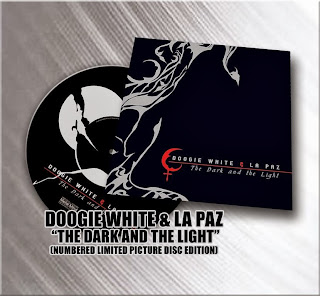 In early November, Metal Mind Productions will release on vinyl selected titles from the back catalogue. The first batch of LPs includes such albums as:


Artillery - When Death Comes (yellow vinyl)Coloured vinyl edition of one the best studio albums by Danish thrash metal legend! “When Death Comes” album is was their first studio release since the 1999’s album “B.A.C.K”. Denmark’s Artillery is one of Europe’s earliest exponents of thrash metal and the band’s contribution to the bourgeoning genre is difficult to ignore. A must-have for all fans of thrash metal!
Artillery - My BloodVinyl edition of the most recent studio album by Artillery. The 2011 album was the follow up to the highly acclaimed album “When Death Comes” from 2009. It contains 11 blistering tracks that fill the void between past glory and future splendor. The band promoted the album with a video clip to the track “Warrior Blood”.
Behemoth - Sventevith (Storming Near The Baltic)Vinyl edition of the debut full-length album by the best black/death metal band from Poland – Behemoth! This is a must-have for every fan of black metal. Raw guitar sounds, keyboards and indefatigable drum force together with shrill growling, make a world-class quality black metal.
Behemoth – GromVinyl edition of the second studio album by Behemoth! “Grom” (1996) is the only album on which polish lyrics, female vocals, acoustic guitars ant synthesizers can be found. This record is considered to be one of the milestones of one of world’s best and most popular metal bands.
Behemoth - And The Forests Dream EternallyVinyl edition of one of the earliest records by Behemoth. This mini album is a must-have for all Nergal’s and the band fans. Includes tracks from Behemoth EP „Bewitching the Pomerania” as bonus.
Doogie White  - As Yet UntitledDebut solo album by Doogie White! This Scottish vocalist is well known from his work with Rainbow, Yngwie Malmsteen, Cornerstone or most recently Tank. The 2011 album is a collection of 10 dramatic and hard hitting rock songs co-written by White and some good friends he has made over the years on the rock scene.
Doogie White & La Paz - Granite (blue vinyl)The band's debut album now available on coloured vinyl! "Granite" is an album with its roots in the past but its energy in the present. The album was first released in 2012 and was well received by media and music fans.
Doogie White & La Paz - The Dark And The Light (numbered limited picture disc edition)Second studio album by the British band Doogie White & La Paz now available on numbered limited edition picture disc LP! 180g vinyl with printed inner sleeve, booklet and poster!! Doogie White came to the attention of the worldwide audience when Ritchie Blackmore asked him to be the lead singer in his reformed Rainbow. He also worked with Yngwie Malmsteen, Cornerstone and is currently the lead singer of the legendary N.W.O.B.H.M. band - Tank.
Ian Gillan - Naked ThunderDebut solo album by Ian Gillan. "Naked Thunder" is his solo album from 1990, released soon after his departure from Deep Purple. It features a varied selection of songs, with one of Gillan's most passionate and impressive performances in "Loving On Borrowed Time" and "No More Cane On The Brazos".  The LP is available in Europe only (excluding UK).
Ian Gillan – Toolbox (blue vinyl)Second solo album by Ian Gillan now available on coloured vinyl! "Toolbox" from 1991, Ian Gillan's final solo album before his second comeback with Deep Purple, is probably the most rocking record in his solo collection. The LP is available in Europe only (excluding UK).
RPWL - A Show Beyond Man And Time (double LP gatefold)Brand new live album by one of the most interesting German art/progressive rock bands now available also on a double gatefold LP. The double LP features a special show recorded earlier this year at Wyspiański Theater in Katowice, Poland, which was also the last complete performance of their most recent album "Beyond Man and Time" in Europe. In addition to the songs from „Beyond Man and Time“, the show includes several „RPWL classics“ and some surprises in the band's live set like "Roses" - one of the band's most popular songs performed together with Ray Wilson (ex-Genesis, Stiltskin)!
Tank - War Nation (red vinyl)The most recent studio album by the legendary British Metal band TANK now available on coloured vinyl! The highly anticipated follow up to their 2010 album “War Machine” is the second album to feature long time guitarists Mick Tucker and Cliff Evans alongside vocalist Doogie White, bass player Chris Dale and returning drummer Steve Hopgood. The album is a full frontal attack, with powerful songs and TANKs traditional quick fire twin guitars alongside powerful, searing vocals and a thunderous rhythm section.
All titles will be released by Metal Mind Productions on November, 11th in Europe and December, 3rd in USA (except for Ian Gillan’s albums).
Artillery behemoth doogie white heavy metal ian gillan La Paz Metal Mind new release reissue RPWL Tank vinyl