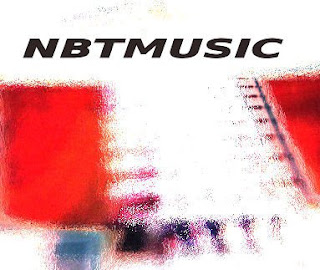 Today's spotlight is on Martin from the amazing NBT Project and NBTMusicRadio; from alt country to Brit pop, from experimental bubblegum, to songwriting art from soul to jazz to hard rock.. always alternative always independent. Full line ups can be found here and how to support the radio: http://nbtmusicradio.wordpress.com/

Start at the beginning, how did you get started with this crazy idea of spreading the word about music?

Martin: well I have been in the business a long time, starting out DJing at alternative and rock clubs, managing a new artist evening and also managing the live operation for a few clubs. was also in a band myself, we did electro shoegaze sort of stuff. so basically I realized (like anyone who is in the indie biz realizes) that getting the word out about the millions of cool bands just wasn’t being done by mainstream media and websites. mainly cause they didn’t have either the knowledge or the curiosity for anything new.

We're all the product of our musical past. What's your musical history? First album you ever bought? First musical epiphany moment? First album that terrified the hell out of you?

Martin: I would fall asleep to music as a kid, my parents bought a disco light set up so we could ''see'' the music happening, the bass was red, Treble was blue and so on...

First album I ever owned was a gift... The Byrd’s Mr. Tambourine Man, First one I recall buying with my own pocket money was David Bowie Superstar... all his pre Space Oddity stuff.

Most Terrifying album, well the first one anyway: I had heard all about this artist Diamanda Galas and at my local record shop hang out I asked to hear a track or two.. Scary stuff.

Good: if a band  has that extra member that focuses on digital/internet promotion there is no reason why they can’t actually.. You know, get somewhere. It may be a bad time to be a major label but it’s a pretty good time for the rest of us

With so many music sites, how would you describe what you do?

With the NBTMusicRadio at the centre of our operation, basically we get new music heard all over the world and put new bands up against  the more established ones

What's your unique take on the music and writing?

If you write  pop songs get to the point QUICKLY. That’s any kind of pop song be it indie/hard rock/ or otherwise.

And if you mean, what do we look for to include a band on our station/sites? Well just its gotta be cool, we are NOT tribal and we love all sorts of music from Drone Rock to Soul Nuggets.

Our radio is streaming, so not applicable really, and that whole issue can be debated  for days or until a Grateful Dead concert finishes, (which ever comes first) and both sides have many valid points of view 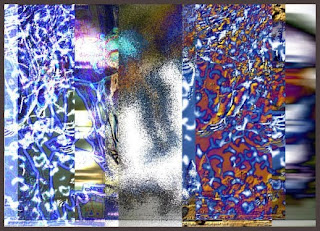 That changes almost every week, I think the thing that constantly amazes me is just how much absolutely great music there is out there. Hopefully the NBTMusicRadio helps people find their own ''Discoveries'' and THEY spread the word.

O Superman - Laurie Anderson. It’s all about the layers.

What makes that song so important?

It went against ''established wisdom'' about what constitutes a huge chart hit, and proved the buying public doesn’t always go for the stupid or the mindless and can embrace an 8 minute minimalist artwork and take it to the top ten.

Off the top of my head :
Yellerwood/The Implicit Order Experimental music at its best
Kat Boelskov dreamy electronica from Denmark
Texas based Victoria Love

Both and lots of both at that :)

Prized possessions mmmm the first Scott Walker LP in vinyl, bought at my local supermarket of all places.
my Conny Plank and Billy Bragg box sets, all the cool stuff I get at flea markets and pawn shops
(whatever was bought yesterday :)

When a musician comes onto the radio to hear their track being played and THEN stays and THEN goes and raves about the OTHER artists that they have heard.

would be bored I think, or have to time to write other stuff I guess

no not really, though I do get some ungrateful idiots from time to time who think I am not doing enough for them in as quick way as possible, I don’t really let that bug me, I simply switch them off (literally)  oh and sometimes moan about it on social media (never naming names though)

Nope this IS the Day, the afternoon, the evening and the late night job. and there is no balance.

making NBTMusicRadio even more listened to than it is now.  I have branched out in a (very) minor way into a small management role for an electronic artist and see if it’s doable or viable...

I have had several Plays written and staged, and writing has always been a life source for me, and it’s my ONLY regret that I simply do not get enough time to do it these days.