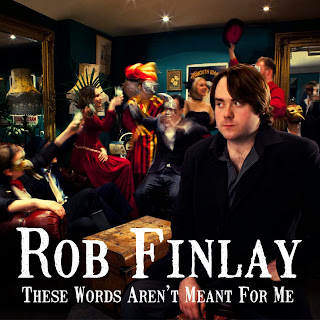 Rob Finlay - These Words Aren't Meant for Me

Back in the late 80's, I became enchanted with a Celtic singer/songwriter named Luka Bloom.  Playing a steel string guitar, his singing brogue and delicate, yet fiery arrangements became a sorta theme for my more pensive moods.  Now Rob Finlay has come to me to take his place.  On his debut, These Words Aren't Meant for Me, Rob weaves stories and emotions as effortlessly as water flows down the river.  Accompanied by his acoustic guitar and some spartan backing instruments, the star here really is Rob's gorgeous tenor, his songwriting and the moods he evokes.

Technically, Rob is from London, not Ireland, but his songs conjure similar images of desolate, rain-soaked fields of green hills, trees poking through the mist, time standing still in an endless embrace of the somber.  Lead off single "Stone Dead & Rising" is a prime example of the skill Rob weaves through his tales.  Moody to the point of heartbreaking, Rob's voice soars and undulates around the mournful melody.  Lavish production fleshes this song out, and after hearing it, I'd be convinced it's an ageless classic from the misty northlands of England.  But all 10 songs are just as strong, a mix of the gentle acoustic tenderness of "She's Give Up on Today," and the more rousing "Hero."

Start to finish, it's an album of uncompromising vision and beauty.  My new theme for the pensive moods. 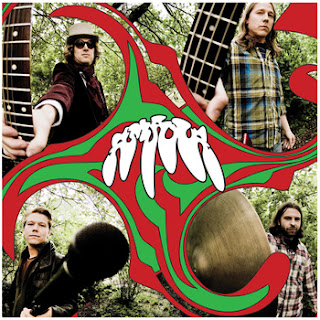 Hey you, psych and stoner fans.  Got a new one for you to check out.  For some reason I haven't seen too much written about these guys and that's a shame cause they have something pretty darn cool going on.  Combining a heavy groove, some super stoner riffmongering with some throaty vocals, Amaxa tosses a big organ sound into the mix giving it a real retro-heady vibe.  Let's add to the mix some superb fuzzed out, wah guitar, some soulful vocals, and I just can't think of another band that sounds quite like this.  Maybe Siena Root. And like Siena Root, when Amaxa gets going there's just no stopping them. "Afterglow" kicks off this 8-song debut with swagger and groove that doesn't show any signs of letting up.   Each song rocks in this manner, with that huge organ and fuzz bringing on a heavy-60's sound.  "Demands" drops in bucket loads of soul in with the bluesy riffing and some damn fine female backing vocals.  "Don't Feed," brings up images of early Purple as played through the Sabbath sound system.  Other tracks, like "Shooting Star" bring on a Doors-ish motif in a world of protometal.   Recommended. 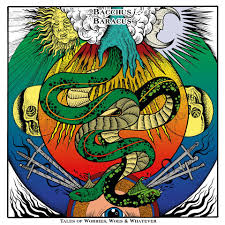 Sound more punky and all-around pissed off than I ever remember the boys sounding on their 2011 debut, Bacchus Baracus release a terror bathtub meth-adled, sleazified rock.  Guitar strings are shredded, bent, and simply beaten into oblivion, like on the opener, "Yo Wanna Deal."  No idea, what's got the boys so ready for a brass-knuckle fight, but my guess is it may be the music industry as a whole.  And let me tell you, when Gaz screams, "nothing comes easy, nothing comes free," there's enough venom and bile erupting from his vocal chords that you know he's lived it.  "Memo" plops us down into more familiar riff-chugging heavy rock territory with a riff and guitar flurry that's as addictive as fire to a pyromaniac.  "Man of the North" explores a heady world of tripped out psychedelic doom while "Mammoth" simply . . .is. A thundering herd of 1,000 ton pummeling footsteps and crushing beats. 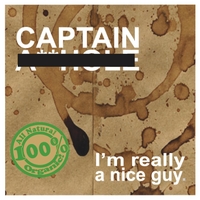 Having followed Captain Asshole's career from inception, it's clear that the Captain has never sounded fresher and his flow smoother.  Production was amped up to a whole 'nother level with his latest release and it shows from the very first cut, "Aww!"  As far as his rhymes go, The Captain has always excelled in wry observations and cutting slices at the himself and the characters in this world.  Where else are you gonna hear a line like, "I'm  strong, I have Bruce Willis tatted on my arm," or a rhyme that ends in "pumpkin-spiced latte." Through it all, the Captain's voice is in the best form I've heard -- his timber a touch lower and calmer.  "Where's my Bag At?" makes fun of his comic book geekdom, getting clean, and his comic art as Mike Hampton. "Enlightenment" is another stab at himself with a cutting wit and surgical scalpel.

Thoughout, the beats are thick, the samples are creative, the flow is strong and the melodies keep the head poppin'.  These are the best songs I've heard the Captain rap.  It may be lazy to say that there's a bit of Eminem in the Captain's cadence and phrasing, but there is.

If I read the liner notes correctly, this may be the Captain's last recording, at least under the name of Captain Asshole.  Which makes sense, since each song mixes his humorous flow with observations on gaining a new maturity and perspective on life.  Seems that Hampton may have outgrown the Captain persona.  If so, let's hope that Hampton comes back with a new handle, because "I'm Really a Nice Guy" finds him at the top of his form. 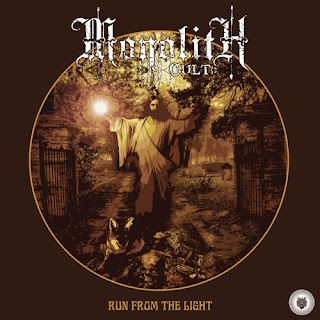 Monolith Cult - Run From the Light

You will listen.  You will obey.

I am your master, your leader, your exalted one.  I am the riff and you will worship at my alter of the Orange and the Marshall.  I am heaviness personified.  I am the slow power of a building power chord married to the strength of the bass and the groove.  Kingdoms rise and crumble within the time that I speak.  Stars implode.  That is my power.

I am the pounding fist and I am doom.  And I am your supreme being.  Your reason for existence.

For I am the Riff.  And you are my minions. You are the Monolith Cult.