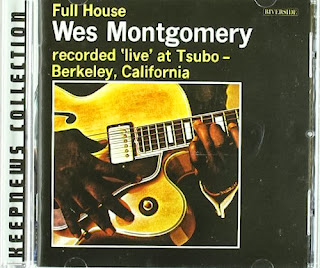 I hate being mellow. So on Sunday morning the thought of "relaxing" with the New York Times and brunching to the sounds of some laid back singer-songwriter jams makes me wanna puke. I don't even like to sleep late on a Sunday. What's the point? You have to get up early on Monday. If you snooze til noon you're not gonna fall asleep when you're supposed to at night and start the week off tired. I also don't drink coffee. It smells completely disgusting and the last time I tried some a few years ago, it tasted liked burnt underwear. Just get up and start the day already!

Weekday mornings I like to listen to soul music like Little Milton, The Temptations and The Impressions or early rock & roll like The Everly Brothers and Ricky Nelson. It wakes me up better than any stanky, doo-doo colored hot water ever will. I have a 5 year old daughter and I like for her to be exposed to the American classics. She enjoys the music and likes to sing along, too. On Sundays while we let Mom sleep, we try to keep it down a little bit and play some funky jazz records like Jack McDuff or Jimmy Smith. Lately I've been playing Wes Montgomery's killer live album Full House, not just on Sunday, but most days of the week.

Wes is one of the all time greatest jazz guitarists and Full House is one of his best albums. His playing is incredible throughout. For those of you who don't know, Wes used his thumb to play guitar, not a pick. The rest of the band on Full House is first class. Johnny Griffin is on tenor saxophone and the Miles Davis rhythm section of Wynton Kelly (piano), Paul Chambers (bass) and Jimmy Cobb didn't have a gig that night so they were able to play this show. Talk about a dream line up.

There's a total of six songs on the original album and everyone of them is spectacular. Yes, the two ballads "I've Grown Accustomed To Her Face" and "Come Rain Or Come Shine" are kind of mellow but I'm not complaining. The rest of the album swings hard and the slow songs are sandwiched in between barn burners like "Full House," "S.O.S.," "Cariba" and Dizzy Gillespie's classic "Blue 'N' Boogie." Wes and Johnny play some great unison lines together and really complement each other's solos. The rhythm section burns non-stop and Wynton gets some nice solos in, too. Full House has been reissued a few times with bonus tracks that are all worth a listen, but they chose the right performances for the original album.

So that's about as mellow as I'll get on a Sunday. If you prefer waiting on line for half an hour to buy overpriced omelets while being subjected to Norah Jones, knock yourself out.

Hands down one of my favorite jazz albums! Simply spectacular!