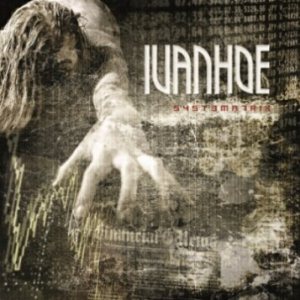 This band has been together since 1986 and has released a wealth of demos and albums since then and now they are unleashing their new opus to the masses. This five piece band from Germany have had five years since their last album came out and the quality of the playing and the production really shine on this release.

The songs are strong progressive metal with some power metal thrown in and will get you head banging along with, the band plays with the energy and feeling of something huge happening and for the most part it does a great job. The drums get a special mention as do the guitars on this album because the pummeling drumming adds the right amount of heaviness with a nice touch of technicality that works really well together and the guitars drop huge riffs and melody galore on these tracks. I really liked the textures that were added from keyboards and the softer parts of the songs, they really gave this a bit of a nice push out of the mediocre. The only thing that got to me was some of the vocals, mostly when Mischa Mang goes for those high notes, not just high, but up into the stratosphere highs that really don’t do anything for me at all. Songs like “War Of The Centuries” with the huge bass playing, burning riffs and hard hitting drums really made for a great listen because it has that great metal sound and feel that will make you want to crank it up. The multi-track song “The Symbiotic Predator” has a great prog metal sound going from soft and gentle to some heavy as hell power metal and works beautifully.

Not a perfect album by any means, but a far cry from being generic, these guys take on the progressive metal genre and give it a nice kick in the rear end to make an album that shows that the band can really play and give those other better known bands a look over the shoulder at a band that although being around for a long time, still has hunger. Other than some of the vocals not being my taste, I really liked what these guys did and look forward to more from them in the future.