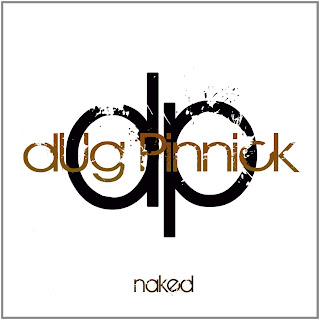 Professor Penfold steps in front of an auditorium full of his students.  He looks slightly disheveled.  "Ladies and gentlemen, may I have your attention please?"  He waits until all the chattering has stopped.  "Folks, today I'm going off the script set out in the syllabus.  I'm going to be totally honest with you.  We are two-thirds of the way through this semester and more than two-thirds of you are failing this course.  I've never encountered anything like this in all my years of teaching.  I'm at my wits end."

"Early on I told myself that the bell curve would reappear as we progressed through the course.  Sure the test scores on our first exam were dismal, but things would even out after exam number two.  Well that didn't happen.  The second exam came and went and normalcy has not returned.  In fact, the overall grade point average is now more skewed towards abominable failure than it was before!  This is unacceptable!"

"It angers me to no end because I know that your poor results are my fault.  I have not been able to effectively connect with you students.  I've wracked my brain trying to come up with a way to grab your attention and keep it on the task at hand.  My regular techniques I dismissed because I've already been utilizing them to a certain extent and they have clearly not been doing the job.  No, I need a new technique.  Something drastic!  Well, after much thought and consideration I believe I've come up with a surefire method."

Professor Penfold takes off his overcoat and lays it on his lectern.  "Right now I can look out and see whole groups ignoring me."  He undoes his tie, tosses his cufflinks aside, and unbuttons and removes his shirt.  "Ah yes.  I can see the quizzical look developing on several of your faces."  He sits down in a plain wooden chair, unties and kicks off his shoes and unbuckles and removes his belt.  "Hmmm, I wonder what that crazy professor is up to?  Time for the coup de grace I think."  Off came the professor's shirt and pants leaving him completely naked.  He doesn't say anything for sixty seconds.

"Well, well.  Looks like I was correct.  Now that I have your complete and undivided attention, let's talk about the wonderful world of microeconomics."

Ahem.  Is this thing on?  Yes?  Good.  Ladies and gentlemen, boys and girls, open your ears, your hearts, and your minds for I have something of great importance to discuss with you today.  I know for a fact that there are many people out there searching for music that is pure.  Music that is honest.  How have I come upon this knowledge you ask?  Simple.  I’m a musical truth seeker myself.

To be frank a significant amount of the music that I hear nowadays, regardless of genre, sounds a bit phony.  Perhaps there is no emotional depth to the playing of the instruments.  It might be that the singer sounds as if they are only going through the motions and won’t fully commit to the music.  Goodness knows that a slew of superficial lyrics are being thrust upon anyone who cares to listen to the radio or watch television.  Thus, when something as powerfully honest as dUg Pinnick’s new album Naked comes along it feels like a revelation. 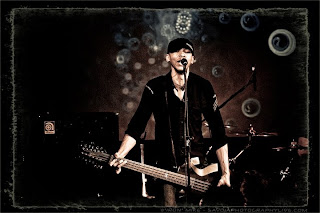 dUg Pinnick, for those unfamiliar, is a rock and roll institution.  I first came to know him as 1/3 of the vocal talent / bass player for the unique and brilliant heavy metal entity known as King’s X, but perhaps you don’t recognize that band name.  In that case you might have heard the man sing or play as part of one of his eight side bands (at the time of this writing) including Poundhound, Supershine, Tres Mts, and Pinnick Gales Pridgen.  Or maybe you’ve been privileged to hear one of the three previous albums put out under his own name?  And I simply don’t have enough space to list all of the appearances Mr. Pinnick has made on other peoples’ records and various compilations.  Still in the dark?  That’s okay because Naked is a fantastic introduction!

What we have here are eleven tracks that fall squarely into the ‘righteous rock music’ category.  The guitar and bass work, all performed by Mr. Pinnick, is outstanding and varied.  On several songs the instrumentation sounds positively nasty and brutish, while at other times it evokes a genuine tenderness.  Did I mention the colossal grooves sprinkled all throughout this album?  I dare you to resist them.  It can’t be done!  Also I would have sworn a real drummer was involved here, but it turns out the stick work on Naked comes courtesy of the Tune Track Drum Program.  Impressive and surprising.  But let’s talk about the real stars of the show, the vocals and lyrical content.

dUg Pinnick’s voice is astoundingly soulful and enormously powerful.  The emotional depth on display is staggering!  His vocals soar, they rage, they celebrate, they clamor, and they stand up to over one hundred industrial strength car washes.  Amazing!  Couple that with the deeply personal, brutally candid lyrics throughout the whole album and I can’t remember the last time I felt I had this kind of insight into the inner workings of an artist’s mind.  From dealing with childhood traumas, to tackling the reality of being a struggling musician, to dealing with depression, to thoughts of suicide the lyrics on Naked deal with harsh realities.  This makes the album incredibly human and touching.

What I'm trying to get at waveriders is that Naked from dUg Pinnick is an album you absolutely have to hear.  It's something special.  Those of you into soulful hard rock/heavy metal will positively flip your lids over this one.  Top ten of the year with a bullet!

Great review Professor Penfold. I have been a medium to extravagant fan of King's X since Gretchen Goes to Nebraska came out all those years ago.

The quality of their output never dipped in all that time.

...but yet I never checked out dUg's solo work (do I have to spell it like that...he was just Doug in King's X) so this is good motivation to do so.