Days Between Stations - In Extremis 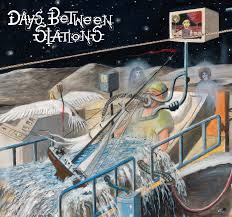 Are you a musician?  Ever fantasize calling up the creme de la creme of musicians in your genre to ask them to come record with you?  In your fantasy, do they ever say, "Yes"?   They did when called by Oscar Fuentes Bills and Sepand Samzadeh and asked to appear on orchestral progressive rock band Days Between Stations' new album titled In Extremis.

When I say "Yes" I mean Yes.  Bills and Samzadeh were able to get the top echelon of progressive rock pioneers to play with them.  Former Yes band members Rick Wakeman, Billy Sherwood and the late Peter Banks sit in. The release contains some of the final studio work by Banks and a track, "Waltz In E Minor" that is dedicated to him.

Bills and Samzadeh wrote all eight tracks and they are pure genius. Some tracks are songs, others are concertos, and the final track, "In Extremis" is a full on progressive rock symphony in six parts, and is one of the last tracks recorded by Banks.

Love and admiration for Banks flow freely through In Extremis.  Bank's friend and Manager George Mizer is quoted in the liner notes.  He says, in part:

"'In Extremis' is Latin for 'at the point of death' and is about a man at that point, wth his memories floating around him, with each memory being one of the songs on the album.  The song 'Eggshell Man' is about a man whose [sic] empire has crumbled, but keeps getting back on his feet.  Those who knew Peter will recognize how much these songs seem to fit Peter's life to a tee! Sadly, Peter passed away on March 7, 2013, but his music will always be with us."

This production is beautiful, haunting and massive.  I dare say it is some of the best music I have heard all year.  Get all your musician friends together.  Call a few that you have always looked up to as legends.  Ask them if they want to come listen to Days Between Stations' In Extremis with you and jam afterward.  You might be surprised and excited by what you hear and who shows up.