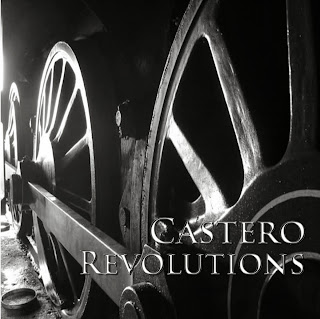 "Castero are a 4 piece Heavy Rock band from Ireland, New album Revolutions released in June 2013. We have toured with bands such as Diamond Head, O/D Saxon and loads more. We are strongly influenced by bands such as Black Sabbath, Black Label Society, Down and Clutch."

The above 3 bands mentioned are huge influences on the doom/stoner community. I honesty cringe at times when I see that due to the fact that more times than none, bands more or less copy them. When I started to listen to Revolutions though, I could hear the influences but the band sets out to do their own thing and not be a copycat. Revolutions has a nice southern metal sound mixed with classic rock, a bit of the fuzzy/wah wah sound in Clutch, and the right tuning to make their guitars sing. "Too Much Sleep" has a killer solo at the end. Overall this is grade A material here.