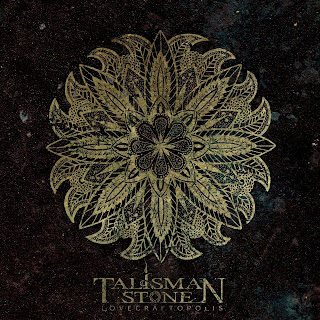 "Talisman Stone band was born during the 2007.A duo made by a bassistsinger (Andrea) and a drummer (Lucia),their sound is psychedelic, industrial, postpunk as well.After several live performances, the couple meets Erica, a female bassist that, the duo become a trio. In November of 2011."

Female fronted doom metal seems to be the best kind. As far as female vocals go, I prefer them in doom over any other kind of genre. TalismanStone is another band I can add. The music is bass heavy, two basses and no guitars. It's been done before but it's not real common. That said, it gives this band a fresh take and a fresh sound in the doom genre. There are many bass cords that strike and leave an ever dancing meoldy in your head. The psych elements make for good mix. This is certainly an album that you need to listen to when you mix it with your favorite poison. It's damn good sober too.