Daily Bandcamp Album; The End of Time by Moonbow 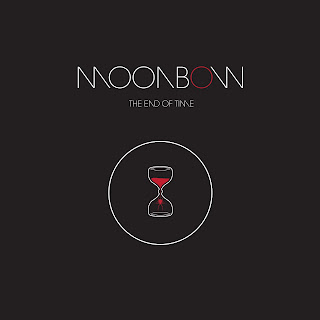 "Moonbow started out as a writing project when singer Matt Bischoff approached David McElfresh of Hank 3/Lethal. The plan was to get together to write some songs for a possible recording project. Songs were written and then we approached former Afghan Whigs/Hermano drummer Steve Earle and Bassist Ryan McAllister of Valley of the Sun to form Moonbow and "The End of Time" was recorded..."

I really don't have much to say about this. I mean, I'm speechless. It's a great breath of fresh air. It's not the same ol' "we're a group of guys from other bands putting some rehashed rock out." No, this is quite unique. Even if it does borrow some elements from other genres of rock (mostly stoner, desert), it's something new that doesn't wear thin after the first listen. Fans of John Garcia (Kyuss, Vista Chino) will be happy to know that he does some guest vocals on a song.