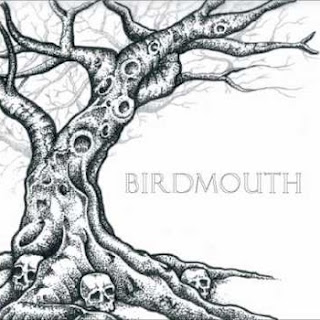 One of the first "stoner rock" bands I was exposed to and liked a lot was a band signed by Small Stone Records called Throttlerod. Their earlier albums were quite something. They were honest, raw and just had that "feeling" to it. I'm not really sure how to describe it, it just sounded right. While Throttlerod still is a kick ass band making great albums, they seem to have lost something over the years. That's why when I first stumbled upon Birdmouth, it brought up all those lost feelings. It's kind of like when you break up with first first love then, when all the smoke clears and you've moved on, you get that feeling again when you fall in love. I can't say I "love" this album. Not yet as I've only listened through it once so far. This self titled album has that raw and natural sound the I liked so much in early Throttlerod albums. Vocally it's a bit closer towards a little hardcore at times while instrumentally they tread towards the southern heavy metal (not Pantera heavy) mixed with a little bluesy guitar and a few solos here and there. Overall this is a very good album that will probably wind up in my collection (on payday).