ZODIAC: NEW RECORD 'A HIDING PLACE' DUE IN OCTOBER 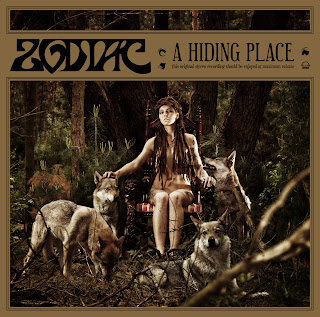 "A Hiding Place" is the follow-up to ZODIAC's 2012 acclaimed debut, "A Bit Of Devil," which garnered the attention of Classic Rock magazine, who hailed the band as a "serious candidate for the title 'Newcomer of the Year.'" You can view a short teaser video from the band's recording session at Germany's Megaphon Tonstudios below: