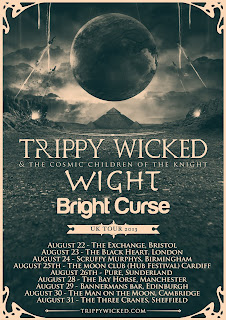 The UK’s alt-stoner trio have been working on a 5 song EP exploring the sludgier side of their split-personality genre hopping style.

Superhot Records is set to release 'Underground' in September on digipack CD featuring the incredible artwork of Daniel Schooler.

Full details with release date and pre orders will be announced in the coming weeks but for now check out the title track right here: http://www.youtube.com/watch?v=tw_h-ZM8UUU

www.superhotrecords.com
Posted by The Ripple Effect at 8:04 PM