The Folks Behind the Music - Spotlight on Darrell Fortune - NWCZ Radio

Today's spotlight on Darrell Fortune, the gracious host of NWCZradio.com, a multifaceted internet radio station based in the Northwest, with a slew of amazing hosts and a mountain of some of the best internet radio programming you'll ever feast your ears upon.   You can find them at nwczradio.com

Start at the beginning, how did you get started with this crazy idea of broadcasting music and starting your own radio station?


After being out of radio for several years I started a podcast (The Northwest Convergence Zone) that gained in popularity, won some awards and was going real well. The most consistent feedback we were getting was that people really liked our show but wished there was a place to go and hear the bands and music we were exposing them to since the local radio stations weren't playing them. So we decided to put together a website with a player that did just that.  After launching that we started playing my show on the station and it grew from there to where we are now with 26 weekly shows and a massive playlist of tunes.

We're all the product of our musical past.  What's your musical history?   First album you ever bought? First musical epiphany moment?  First album that terrified the hell out of you?


I grew up in Houston and we always had music going in the house, the car, garage etc. Everything from country to crooners etc. I would listen to the local rock station and a guy who played Blues on the weekends from a very tiny station I could barley pick up. I fell in love with music in general and learned to appreciate all styles and really enjoy a variety of styles and genres. I have always felt bad for those who limit themselves to just one or a couple of musical styles. They are missing so much. The first Album I ever bought was The Glen Campbell Goodtime Album. My first musical epiphany moment probably came listening to the radio as a kid. I would listen to a transistor radio I had under my pillow so I could listen to the blues show. Hearing the passion and feeling coming through those songs just floored me. The first album that terrified the hell out of me was the Bay City Rollers "Rollin". I had never heard something so awful yet everyone I knew liked it and were singing songs from it. I still hate that album. 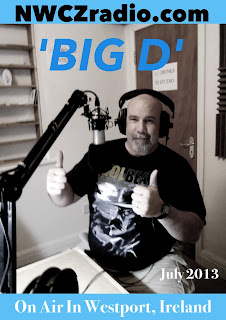 Wow, this I could write a book on! But to keep it short; in the positive I see lots of bands trying new avenues to get their music heard and the whole D.I.Y. movement is working very well for more bands then not. It's refreshing to see the mold being broken by sites like 'Ripple', internet radio, etc. giving bands an alternative to the mainstream radio.  As for the bad I think it's a lot of what's always been a negative side of music and that would be the people who are in the business to exploit young bands, use others for their own gain and operate in a two faced manner. It's been going on since the beginning and I doubt it will ever end.


With so many music sites, how would you describe what you do?  What's your unique take on the music and broadcasting?

We are bringing back all the good things about radio from when it was fun and using a new medium to get it to the masses Since terrestrial radio has decided to stay uncreative, play the same 6 songs over and over etc. we have brought back personality driven shows, fresh music and since we are not FCC regulated we can do, say and play whatever we want. It's radio the way it was meant to be; free, unedited and fun.


Illegal free downloads on your site.  Yes or no, and why?

Not on our site. I myself don't participate in getting music illegally, don't encourage others to do it and feel it would break a trust between us and the bands we play if we did.

What's been your all time greatest "Find"?  That band you "discovered" before anyone else and
started the word spreading?

I would say my all time greatest find would be U2. I had a friend who was friends with their manager and he introduced me to them when very few here in the States had heard of them. I was spreading the word on them very early on. Some others that I can remember would be Big Bad Voodoo Daddy, Dwight Yoakum, Def Leopard, Stiff Little Fingers and Social Distortion. All bands I hear early on in their careers, got introduced to early on or saw them well before they made it. There have been others as well but these stand out to me at the moment. 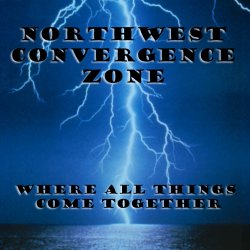 This is an impossible question to answer. There are so many songs I would like to choose but I guess right now I would have to go with Comfortably Numb by Pink Floyd. This song is important to me because it is by one of my favorite bands of all time and I feel it exemplifies all the strengths of the group and in every way shows just what made this band great.


Tell us about your personal music collection.  Vinyl?  CD?  What's your prized possession?


I have lot's of both but nothing close to what you guys have! Nothing beats the warmth and sound of vinyl but I also enjoy Cd's. Some prize possessions to me would be my autographed Alice Cooper CD, U2 - Rock Stars vinyl, lots of promo discs from my "radio" days as well as several King Biscuit Flower Hour original broadcasts with set lists and my R.E.M. autographed show sheet along with the CD from the show.

I do it because I love it. It's what I want to do and I do it to feed my passion, interest and soul. Music is the soundtrack to my life. I want to share that passion and the reward is when you give someone something new that touches them and makes them happy. Music does that.

How would your life be different if you weren't involved in music?

It would be extremely boring and I would not have met all the amazing people I have been fortunate enough to meet. I would have a lot more free time but that's overrated to me!

I was actually threatened by a band member after a show one time. I approached him about an interview and said "I should just kick you in the nuts". I eventually had him on my show and we are friends now.

I would like for people to have enjoyed my creation and creative expressions. Mostly though I hope people can point at my life and say he wasn't afraid to say no, take chances and be swayed but the naysayers. That he took chances, followed his passion, his dreams and had fun all along the way.


Many people may not realize the hours you devote to what you do for little or no pay.  Is there a day job? If so, how do you find the balance?

I do have a day job and balance is always an issue. Fortunately my day job is one that when I am done I don't have to take any work home with me. So until I can make a living off my passion I see my day job as something I do to afford me the opportunity to do what I love.

We are looking at creating channels on our internet station. Starting with a Blues channel then moving to two or three other channels. All will be under the NWCZradio banner and website but if you want to hear all Blues or all Rock or all Singer/Songwriter we are looking into and developing a channel just for  you! We are excited about this project.

I am one of if not the biggest Texas Longhorn fans you will ever meet! I also love to read and collect autographed books by my favorite authors.