The Folks Behind the Music - Spotlight on Bryan Martin - MetalRising


Next up in our series of folks behind the music, Bryan Martin, also known as MetalRising.  You can find his missives at our own Ripple Effect where he's been a long-time scribe of traditional metal and rock, as well as his personal music site, Cry of the Wolf

I always had a passion for writing. My mother worked in a library during my formative years. I learned to read and enjoy the love of books at an early age. I used to write stories and little cartoon pages. Mostly about saving the whales. I was on my High School Newspaper staff. I wrote the first two(and only) metal reviews of Ozzy's "Ultimate Sin", And Metallica's" Master Of Puppets".  I have always thought I could write on some level. I started this because it feeds my two passions; Music and writing.

I was introduced to all the bands of the 70's and the 80's by a friends sister when I moved to a new town at age 7. She gave me a list of all the bands that were cool...led zep, Blue Oyster Cult, Moody Blues, Aerosmith, Van Halen, etc... I was hooked. My mother and her brothers were big Queen, Pink Floyd, and zeppelin fans, so I have been exposed to music my whole life. Later  My best friend and I would cover our bedroom walls with the heroes of our day, Motley Crue, W.A.S.P.,Saxon, Dio, Ozzy. The first album I ever bought was Motorhead's No remorse. Insane. The first album I was given was The Cars "Candi-o".  My first musical epiphany moment was hearing the live Sabbath album with DIo. Hearing that I knew I was on the right path and me and my friends were not alone. The first album that terrified me was Slayer's Reign in Blood. Simply put it was so damn in your face both sonically and lyrically that I was scared. But I found that I liked being scared. 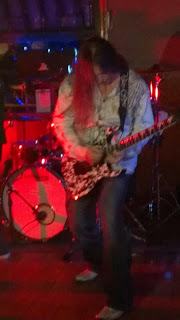 
The last album that really grabbed me is Trucker Diablo, Songs Of Iron. Just an intense rock and roll album. Strong vocals, killer guitar lines and a musical sense that transcends their years. Of course I could throw up a lot of good bands with great albums too, Saxon, GloryHammer, Doro, Accept, Kobra And The Lotus.

The music scene today seems to be more about honest creation of good quality music. Everyone has felt the economic hurt so bands have had to produce quality instead of quantity. The fans don't seem to fazed by genre. They like variety now. So I think the festival is going to become the way for American bands to get heard. Like Europe, people want more band for their buck. That is a good thing.


With so many music sites, how would you describe what you do?  What's your unique take on the music and writing?

My music blog is simply an online resume of what I do and what I have done. My take is that if it's good then I will spin a positive review. Crappy music doesn't get reviewed. And since I know what it takes to create a band and all the hard work that is involved, I try to find the positive in most of the reviews I do. But as a musician and fan of heavy metal guitar that is what I look for. That music that gives me the same goose bumps like when I first heard the band Helloween or Judas Priest.

Illegal free downloads on your site.  Yes or no, and why?

No illegal downloads on my site. I don't think that is fair.


What's been your all time greatest "Find"?  That band you "discovered" before anyone else and started the word spreading?

Good question. when I was in Junior High I used to play the Metallica tape, "Ride The Lightning", on the bus.  Everyone else hated it but I lived long enough for that band to win a Grammy and become the greatest metal act ..ever. So I feel like I discovered them all on my own in my hometown. More recently I would go with Kobra And The Lotus...damn good band.

1000 word essay would be written about "I Am One", by W.A.S.P. From the "Crimson Idol" album it is hands down one of the best metal/hard rock songs. It holds special meaning to me because I used to play it before every time I ever played onstage. So powerful. The whole album is incredible. Get that song on your iPod now! The song is probably important only to me but I don't care. It's that good.

Three bands...not easy..so many out there I like..1.Trucker Diablo, 2. Vintage Trouble, 3. Kobra And The Lotus 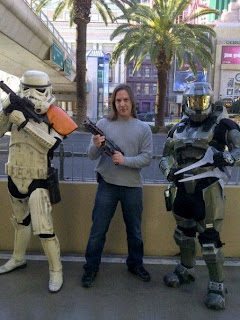 I have a ton of cds. A huge box of cassettes. My most prized possession are my Saxon vinyl albums. My signed cassette single of "flight Of Icarus" by Bruce Dickinson. The collection runs from blues to classical to metal to death metal.  I have all the Sabbath Albums, Metallica, maiden, Saxon, W.a.sp., Dio.

Doing this makes me excited because I love to write and I love music. I want to combine the two into some form of career eventually.

My life probably wouldn't be that much different. I would still have my love of the genre. My guitar will always be there. It has been in the past, It will be again.

Never been threatened by a fan or a band

I would like to write books. Be remembered as a good person, A good father, A decent guitarist. A fan of metal. Loyal.


Many people may not realize the hours you devote to what you do for little or no pay.  Is there a day job? If so, how do you find the balance?

.I work 40 hours a week at lowes. Been there 8 years. I have 4 kids, a wife, bills..etc. I attend online college which also eats up a lot of time. Somewhere in there I practice my guitar, write, sleep and eat.

Next I would like to transition into book writing. I would like to write biographies of some of my favorite artist. Movie scripts after that. Sky is the limit. Steve Vai once said " I have weakness, I Just don't focus on it, Instead I focus on my strengths". So I am concentrating now on my writing and my guitar playing. Maybe a solo album finally. Hopefully a paid writing gig so I can make a living out of this but for now I am having the time of my life writing.

My other burning passion besides writing is my family. I want them to be proud of me. I want them to look back and say, "yeah you know, dad, he really did lived his life to the fullest and he wrote about what he liked." No regrets. 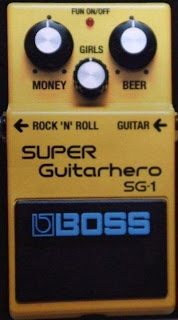 Posted by The Ripple Effect at 1:28 PM

Seems like a good educated man. I think i will look for his writings. Did he do any music projects himself??

check out Metal Rising 2013 on YouTube. The guy is great. The Dylan of metal...