The Folks Behind the Music - Reg Rykaczewski Jr. - Heavy Planet

A new column featuring the folks who make it their life to spread the word on good music.  Today, Reg Rykaczewski Jr. the Main Man at the empire that is Heavy Planet, Heavy Planet Radio, and the excellent Heavy Planet Download Compilations.

I never intended to write about music, it kind of just happened that way. I worked in music retail as a store manager for the better part of 18 years. After both companies I worked for went bankrupt, I decided that I would like to suggest to people bands and albums that I enjoy. I had been kicking around the idea of Heavy Planet since 1999 but didn't actually get serious about it until 2007 at which time it was an all Heavy Metal site. But, after about a year of doing that I felt my love for Stoner/Doom start to take hold and on February 5, 2008 The Heavy Planet Stoner Rock Blog was born!

We're all the product of our musical past. What's your musical history?

I played trumpet starting in 4th grade and did so until I graduated in 1986, I haven't touched it since. I rocked out the KISS songbook pretty hard. That is about it. I am basically just a huge fan.

First album you ever bought?

Black Sabbath-We Sold Our Soul For Rock and Roll. Original Gatefold cover. I lent it to a friend and never saw him nor the album again.

Growing up listening to basically AM Radio and some harder groups such as REO Speedwagon, Styx, Jethro Tull, etc... I eventually started to get into KISS, but what totally changed my whole outlook on music was after listening to a cassette some kid in my 7th grade study hall gave me. He said he borrowed it from his older brother and it was really heavy. That album was "Paranoid" by the almighty Black Sabbath. I was 13. How ironic, huh?

First album that terrified the hell out of you?

Culture Club-"Kissing To Be Clever". No, seriously I would have to say "Hell Awaits" by Slayer. That shit was crazy!  I eventually began to enjoy their music, but it wasn't really until "Seasons in the Abyss". "Reign in Blood" and "South of Heaven" are amazing too as we all know!

I got to be honest with you, I am a sucker for instrumental albums and the one that caught my ear and that I can just sit back and chill is the latest release from Tumbleweed Dealer. It is freakin' amazing! 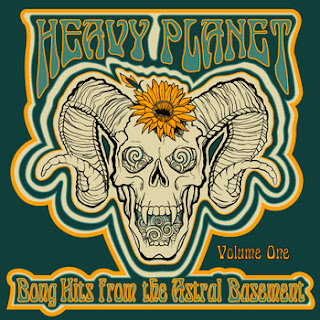 There are a tremendous amount of really good quality bands out there, not just from the US, but from all over the world...hence the name Heavy Planet. The problem is, there is a very miniscule group of people that listen to them. For some reason this genre can not catch on which is totally frustrating at times. Even when I am talking to supposed metalheads they never even heard of classic bands such as Kyuss, Fu Manchu, Dozer, and even Clutch, that is insane!!

There are some totally killer radio shows as well, my current favorite is the Electric Beard of Doom DJ'd by Pat Harrington from the band Geezer, if you haven't listened it is well worth it. Check out The Listening Booth on HeavyPlanet.net for more.

Labels such as Ripple are bringing these incredible sounds to a greater audience. The work you guys do to get these bands heard is top-notch.

I think more bands would benefit from an earlier start time on a weekday. I think many people don't go to shows on a weekday primarily because the bands get started so late and the show ends so late. Also, many will stay for the first few bands but will leave early and miss the remaining bands.

With so many music sites, how would you describe what you do?

What I think that sets us apart from the other sites is that we have an honest group with a burning passion for this music and each one of them has a unique writing style. We pride ourselves in being more of a promotional site rather that a review site and that makes a lot of difference as well. If we don't like it, we don't review it. Unfortunately, there are a ton of bands that we do like that don't make it on the site. We simply do not have the time nor the staff to keep up.

What's your unique take on the music and writing?

One day I was talking to a friend and ex co-worker of mine telling him about the blog that I was writing. I told him that I needed a name for an article for which I wanted to feature a new band for people to check out, and he stated...what about the "New Band To Burn One To". I said... that is fantastic! and with that being said the rest is history. I lost count along the way, but upwards of around 700 plus bands have been featured on that article alone

To this day, I still don't think my writing skills are that great. They are what they are and as long as people get to hear the music then it is good enough for me.

No. If you like the band go buy their music. Illegal downloads suck ass when it comes to quality anyway.

Back in high school I remember buying this record from the local record store by a little band by the name of Metallica, that was 1983 and the album was "Kill'em All". All I know is that after I let a few people hear it, that shit exploded. 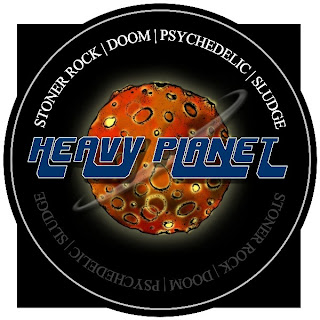 If you could write a 1,000 word essay on one song, which one would it be, and why? What makes that song so important?

Honestly, I am not really a song guy. I really don't pay attention to lyrics because frankly I can't ever understand what most singers are saying. I am more of a full album guy and believe that a vocalist can make or break an album.

If I were to write an essay on an album, it would probably be Kyuss-"Welcome to Sky Valley". Other than Black Sabbath, Kyuss has been such a huge influence on the Stoner/Doom genre. Of course, many will debate this choice.

Supervoid from my home town of Pittsburgh, Valley of the Sun from Cincinnati, and Witchrider from Austria.

I accumulated a vast collection of CDs while working in music retail for 18 years, I do have a collection of vinyl but is nothing that impressive. I love all of the new vinyl that is coming out right now but do not currently have much of a system nor turntable to play them on. Most of my listening comes by way of Bandcamp, promos, MixCloud, etc. on my computer or in my car.

I do have a rather nice collection of Soundgarden vinyl.

If I could find a way to do this for a living, I would in a heartbeat. Unfortunately it is not really about the money. I am just a lover of music and feel good when I hear a great band. I just want others to hear it as well. It makes me feel good when bands take the time to acknowledge your work. Heavy Planet has been a life-changing experience for some and I have gained mainy friendships because of this blog.

These guys deserve a shout out as well for their ongoing support of Heavy Planet:

Actually, this past week has been a bit of a challenge for me. Just as I was about to announce to everyone that I was going to cut back a bit on the blog a few of my writer's decided that they needed to do the same. It is rough when it comes to the work balance schedule and occasionally we all get a little burned out. We will continue to bring you great new music to check out but on a much calmer pace, it is a Stoner Rock blog after all. Ha ha.

Not really. People have their opinions. But nothing that I can think of.

That we were able to help a band achieve their goals and live out their dream and for people to say...hey man, I heard your band the other day on Heavy Planet!

I work 8:30-5:00 M-F for a very large industrial supplier. Trust me, sometimes it is really hard, but I enjoy it and calms me after a long day at work. My wife who does the illustrations for the site is very supportive and also enjoys the music. We work opposite schedules a lot of the time, so that is when I try to get the blog stuff taken care of. Lately though it has been taking a bit too much of my time and I need to cut back to attend to other matters.

Well you know what they say...If I tell you I'll have to k*ll you.

In another life, I would probably be a brewmaster. I love beer! A Heavy Planet beer someday would be awesome! Of course it would have to be dark and heavy.

Thank you Todd and John for being so supportive of Heavy Planet and for letting me share with you the answers to these burning questions. We look forward to some of the greatest rock music the world has to offer on Ripple Music in the years to come. Doom on!