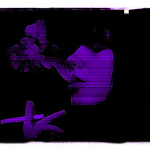 It took me seeing Heavy Glow plying their trade live for me to realize I'd had the band pegged all wrong from the beginning.

For whatever reason, I'd clumped Heavy Glow in with the onslaught of stoner bands that seem to proliferate like bunnies after a hot spring mating season.

Seeing them live, I got it clear.

Heavy Glow aren't a stoner band at all.  Seeing them live, their true roots of heavy psychedelic blues burns through like a fiery light.  Playing at a small, but well repected venue in San Francisco, Neck of the Woods, Heavy Glow took command of the crowd with their electrified blues-y onslaught.  Seeing them, I was caught up in much more Hendrix than Kyuss, with Jared Mullins losing himself in the intensity of his guitar, while Joe Brooks and Andrew Merkle held a steady foundation for Mullin's bluesy explorations.

Jared agrees with this. "When we came out with that first EP, everybody was calling us stoner rock.  I didn't even know what that was.  Growing up in Cleveland, it was all just rock n roll to me.  I was into Queens of the Stone Age, that's all I knew." 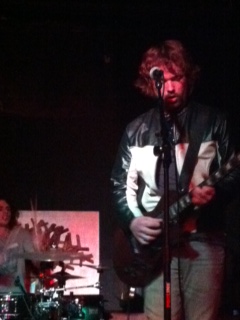 Kicking off with Nerve Endings, Heavy Glow set the stage early for their sound.  Rock solid bass and drumming holding the fort, giving Mullins the freedom he needs to explore.  Not being too familiar with the bands entire back catalog, I must say that my favorite songs were the two that comprise their newest 7", Mine all Mine and Headhunter.   Both of these songs make for one terrific 7" of bluesy, psychedelic pop, with massive hooks, a strong sense of melody, and a touch more polish.  Seeing them live, both tracks totally lept out from the set, bringing with the a more compressed energy, a jaunty nature and some simply strong songwriting.

Asked about this new direction for the band, Jared said, "The new album has more groove, it's very tasty.  It's very compact, vocals more polished.  I didn't have an objective goal to create a different sound, I just want to write better songs as I go.  More depth, more texture."

Half the set represented the new album and it all stood up incredibly, with the entire set being one burning journey through a psychedelic guitar haze.  I agree, that the new songs represent a giant leap forward in terms of songcraft, but not so different from  classic Heavy Glow that they'll alienate old fans.  Live, each cut simply blended into the next, created a seamless magic carpet of heavy rock.

Like lots of musicians, Jared loses himself completely in the music on stage, eyes closed, fingers dancing over his bending strings.  Extended jams filled the air, all with an endless groove.  Personally, I'd like to see Jared step up a bit more as a front man, bring some onstage banter into his show.  It'll help him engage the audience a bit more.  But as it is, the music does the talking and it speaks loud and clear.

Heavy Glow are cross the States right now.  Go out and support them at a venue near you. 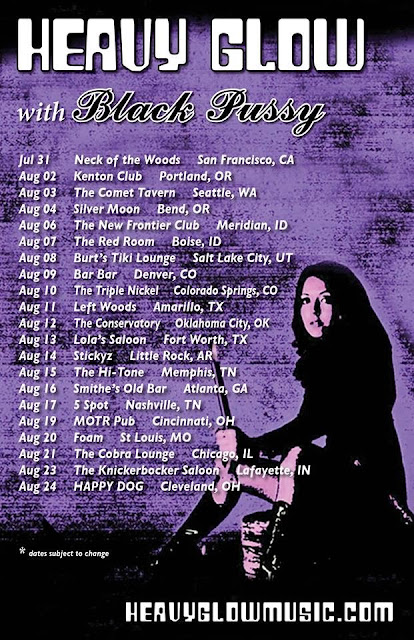