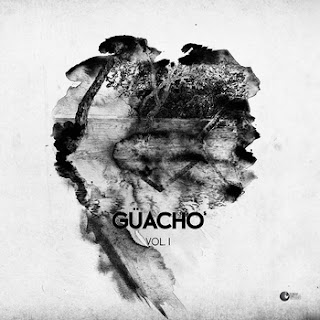 Soooo.... Güacho.  Dig this.  I’ve been following these guys for a little bit now.  Hailing from  Argentina, Güacho (which roughly translates “cowboy” in Americanese) is a modern psychedelic rock band.  Not “Psych Rock” (most things carrying that tag can take a flying fuck in my ever so humble opinion) but psychedelic....rock.  There is a burgeoning Stoner/Psychedelic scene across Mexico and  South  America, but unlike the Americans and most European countries, they don’t always have access to the gear  and other musical resources that we have north of the equator.  Some people really can make it work with what they have access to. Felipe Aracazas comes to mind.  However, Argentina is a little better off than most South American countries and it seems to show up in Güacho’s production. I don’t know.  I’m making an assumption.  Let’s say that it is better than average production and that makes a huge difference in their sound compared to other bands in South America.

Güacho has a really clean sound for a band wading in the heavy psychedelic waters that so many others are muddying up.  It’s easy to get carried away with fuzz and delay, but even though Güacho are not unfamiliar with letting the volume rise (they are proud of their their ‘valve’, that’ “tube” in Americanese, sound), they have a ton of subtleties in their playing and sound.   Think Colorado mountain air versus L.A. smog. The vocals carry a sense of subtly as well.  There isn’t a lot of them.  They come in without being intrusive and don’t linger too long like a welcome house guest. Mix in some tasteful synthesizer generated effects for added wooshyness and you end up with a tight, airy sound that easily helps pass time, per say, in your headphones through the doldrums of they day or your ride home that easily conjures the mountains and plains of their homeland .  It’s not too drudged out, not too upbeat, although it does end up danceable at times (*gasp!*).  In my weird way of living, a Güacho album might be put on to put me in the mood for the album I would go to sleep to.  Not too far from My Sleeping Karma or 35007 in their “Liquid” phase.

Enough rambling.  Here’s the skinny.  They have enough quality recordings on Bandcamp to keep you occupied for an afternoon and they are free to download.  Come on, that’s fucking sweet!  Anyway, you can follow them on their Facebook.  Tell them that The Grime sent you.

Posted by The Ripple Effect at 4:00 AM